Pro-life leaders say the increase is troubling but not surprising 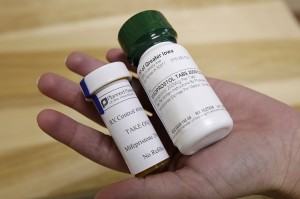 (WNS)–More women than ever in the United States are choosing to end their pregnancies at home with a two-step prescription abortion, according to a recent Reuters analysis.

Marketed as more private and less invasive than surgical abortion, the drug duo mifepristone (RU-486) and misoprostol work in tandem to shed a women’s uterine lining and induce labor, killing the baby.

Restrictions on the drugs have kept their use lower in the United States than in Western European countries, where they often account for the majority of abortions. But the self-administered abortion drugs now rival surgical abortions in this country, partly due to loosening restrictions.

At Planned Parenthood alone, medication abortion comprised 43 percent of all abortions in 2014, up from 35 percent in 2010. Those numbers soared this year after the Food and Drug Administration eased regulation of the drugs in March to allow prescriptions up to the 10th week of pregnancy instead of the seventh. In Michigan, medication abortions comprise 55 percent of the state’s abortions, and in Iowa, 64 percent.

The new regulations also reduced the dosage, dropped the number of required visits from three to two, and made it possible for a nurse practitioner to prescribe the drugs.

Pro-life leaders told me the rise in medication abortions is no surprise but expressed concern about the safety of the drugs. Randall O’Bannon, National Right to Life’s director of education, told me medication abortion is anything but the “safer, simpler alternative” to surgical abortion that the abortion industry advertises.

“That there are not more is probably due to the fact that some women and more than a few doctors have figured out that these are much more dangerous and difficult than advertised, that they take several days to work, that they are extremely bloody and painful, and that they are still abortions, taking the lives of unborn children,” he said.

An abortion facility’s overhead for medication abortion is significantly lower than surgical abortion, which requires an abortionist, instruments, a physical site, and a way of dispensing with the dead babies. But Planned Parenthood charges the same for both types of abortion: between $300 and $1,000, depending on the woman’s income level.

“This is a big revenue stream,” Anna Paprocki with Americans United for Life told me. “It’s a way to expand their business at a lower cost to themselves.”

The cost falls on the women, who are sent home without medical supervision to endure contractions, possible nausea and vomiting, and bleeding that can be severe and last days or weeks. In trials of the drugs between October 1994 and September 1995, the Population Council reported an 8 percent failure rate for women at seven weeks gestation and a 23 percent failure rate between eight and nine weeks gestation.

A 2011 Australian study of RU-486 found 3.3 percent of women who used it needed a visit to the emergency room because of bleeding. It also found 1 in 480 women who took the drugs needed to visit a hospital due to infections, compared to 1 in 1500 for surgical abortions.

O’Bannon warned the rise in use of abortion pills will not only increase abortion availability but also harm women more than surgical abortion.

“There will be more complications, more injuries, more deaths,” he said. “The question is whether the public will be informed of them and whether women will ultimately see that chemical abortion is, after all, still abortion, still violent, still painful, and offers them and their children no more hope and no less suffering than the old surgical method.”