Meet the Grandmother Who Has Led Hundreds of Abuse Victims to Recovery Chasing Pimps, Challenging Judges, and Delivering Crack Babies 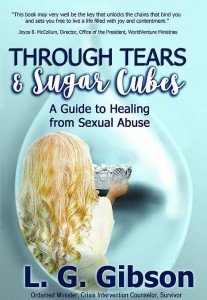 Charlotte, S.C. – L.G. Gibson is not your run-of-the-mill grandmother. Like most grandmothers, she can be found tending to her organic garden or baking cookies with her grandchildren, but Gibson has also chased down pimps, pleaded with judges on behalf of prostitutes, and roamed the dark streets of the South’s crime-ridden inner cities searching for lost souls.

Over the past thirty years, Gibson, a survivor of sexual abuse, has ministered to several hundred hurting men and women allowing them to become healed from the physical, spiritual, and psychological effects of abuse.

“I can hardly remember all the crazy things I have done,” said Gibson, a licensed and ordained minister. At one point while hitting the streets of Charlotte late at night looking to rescue and minister to an abuse victim, she was approached by a man in a limo ordering her to get into the vehicle. “He kept threatening me and I was not going to have any of it,” said Gibson, who proceeded to call out the numbers on the vehicle’s license plate into her phone. “My phone wasn’t even on, but they sped off in a hurry,” she said.

Searching for a young father addicted to crack, Gibson made posters with his daughters’ handprints and pictures of his family with the words, “Daddy Come Home. I love you.” She papered the streets in a blighted area of Charlotte and eventually got the young man home and healed.

Another time, Gibson drove to Spartanburg, South Carolina and walked into a courtroom pleading with a judge to release a drug-addicted prostitute into her care instead of jail. The judge acquiesced, and Gibson ministered to the young girl who then became clean and returned to her family.

During the first ten years of their marriage, Gibson and her husband offered their own home as a refuge to over fifty individuals. She also conducted Bible studies in a local prison and tended to a pregnant, drug-addicted prostitute during labor. “I was her coach while she delivered a baby boy while cuffed by one leg to the bed,” said Gibson.

Gibson’s tenacity and spunk afforded her the courage to hit the rough streets to rescue victims, but her endearing manner and love of Christ, has allowed her to go beyond rescue and offer a proven method of recovery that she has shared with hundreds of now-healed survivors of abuse. After adopting her youngest child, she has since shifted her efforts to recovery.

Her experience is chronicled in “Through Tears and Sugar Cubes: A Guide for Healing from Sexual Abuse.”