HOLLYWOOD, CA (ANS) – It has been a long and painful wait for Mel Gibson to make another hit movie, but now he looks like he has a winner on his hands.

Called Hacksaw Ridge and directed by Gibson, it tells the extraordinary true story of WWII Christian medic, Desmond Doss, played by Andrew Garfield (The Amazing Spiderman), who, in Okinawa during the bloodiest battle of WWII, miraculously saved 75 men in a matter of hours without firing or carrying a gun. 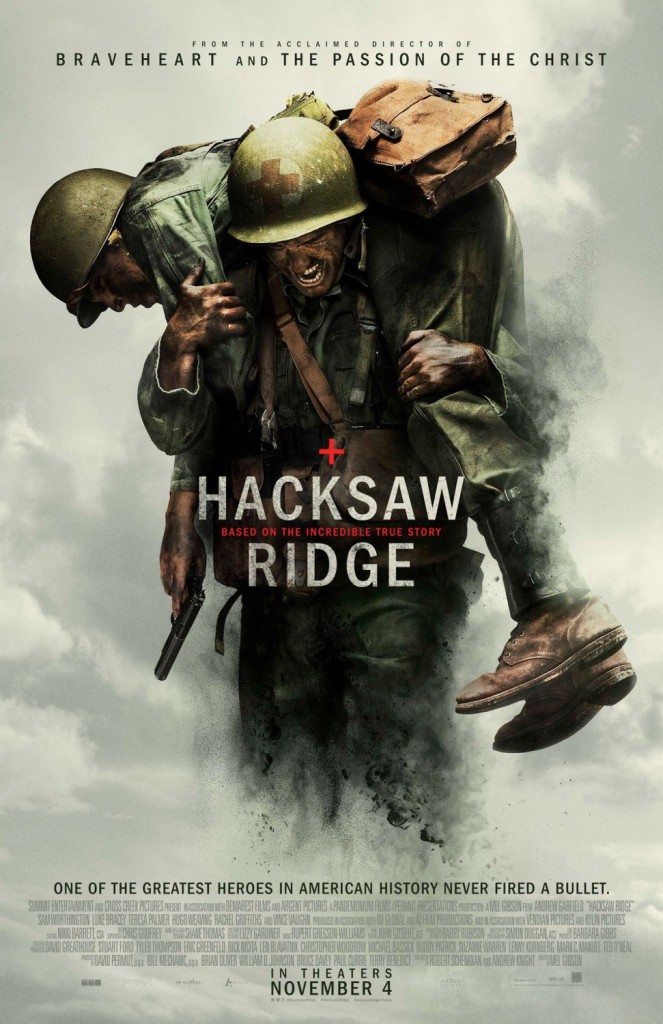 He was the only American soldier in WWII to fight on the front lines without a weapon, except the simple prayer he uttered before he single-handedly evacuated the wounded from behind enemy lines, under constant enemy gunfire and artillery bombardment. Doss’ courage and faith won the admiration of his commanders and fellow soldiers, as he saved the lives of the very men who had persecuted him for refusing to carry a gun. He believed the war was just, but to kill under any circumstance was wrong.

Doss was labeled the first conscientious objector (he called himself a “conscientious cooperator” as he volunteered) to receive the Congressional Medal of Honor. It was presented to him by then president, Harry Truman.

Gibson has returned to directing after a ten-year-long absence and weathering a long and painful season of negative tabloid headlines, and Hacksaw Ridge follows on from his previous blockbusters like Braveheart and The Passion of the Christ.

Gibson must have been delighted when Greg Laurie, Senior Pastor of Harvest Christian Fellowship, head of Harvest Crusades and Harvest Ministries, stepped up to support the film after screening the film.

He said, “This is the most positive portrayal of a Christian in a mainstream film that I have seen since Chariots of Fire. This film is about Medal of Honor winner Desmond Doss, a committed believer in Jesus Christ who is credited with saving 75 lives in a matter of hours during the WWII battle at Hacksaw Ridge in Okinawa. Hacksaw Ridge is a war movie, and is graphic and realistic.

“However, the big story of this film is about a man who stood by his convictions as a follower of Jesus Christ and showed incredible courage at the risk of his own life. I can’t wait to see it in the theater!”

Laurie also invited Mel Gibson to join him for an on-stage interview on Sunday, September 25th, during the final night of the recent 27th Annual SoCal Harvest Crusade at Angel Stadium, Anaheim, California. It was to discuss the role that faith has played in Gibson’s many films, including Hacksaw Ridge.

With that out of the way, Gibson then talked about his plans for a new film based on the resurrection of Christ, and said, “I made the ultimate super hero film in The Passion of the Christ. Real super heroes don’t wear spandex or have special 3-D effects, they do something super human.”

The question that some are asking is if Hacksaw Ridge will bring Gibson back into the main stream of movie-making? Owen Gleiberman, writing in Variety, said it could well do so, saying, “Mel Gibson has made a movie about a pacifist who served nobly during WWII. It’s a testament to his filmmaking chops, and also an act of atonement that may succeed in bringing Gibson back.”

The movie releases on November 3rd. To find out more, please visit www.hacksawridge.movie