Mobile Ministries – Reaching Out Unto the Least of These

There’s a lot going on these days. From the foolishness over the government shut down, to the outright assault on the boys from Covington Catholic High School, I certainly have plenty to write about. Frankly, it’s easy to feel like the whole world is exploding at times. However, much of what I’m referring to are big picture issues. I’ve written many articles for this blessed publication as well as other news outlets about things like abortion, gay marriage and a host of other political battles slathered all over our big screen TV’s by the 24 hour news cycle every day. Nevertheless, we, (including me), can sometimes miss the small stuff that well, isn’t actually small.

In fact, it’s easy to drive by that soup kitchen or shelter in the city and not give them a second look, or roll up your window as someone holds a sign at the red light asking for a few dollars. And it’s business as usual while driving by a mom at the bus stop with two children and no winter coats in January. It’s no biggie for most of us to stop on the way home from work and pick up an extra pound of hamburger because the big guys best bud is eating at your house tonight. (Make that two pounds) And it’s not a hassle to have an extra two cases of water and “bread and milk” (if you’re from Rhode Island) on hand when New England winter weather threatens. 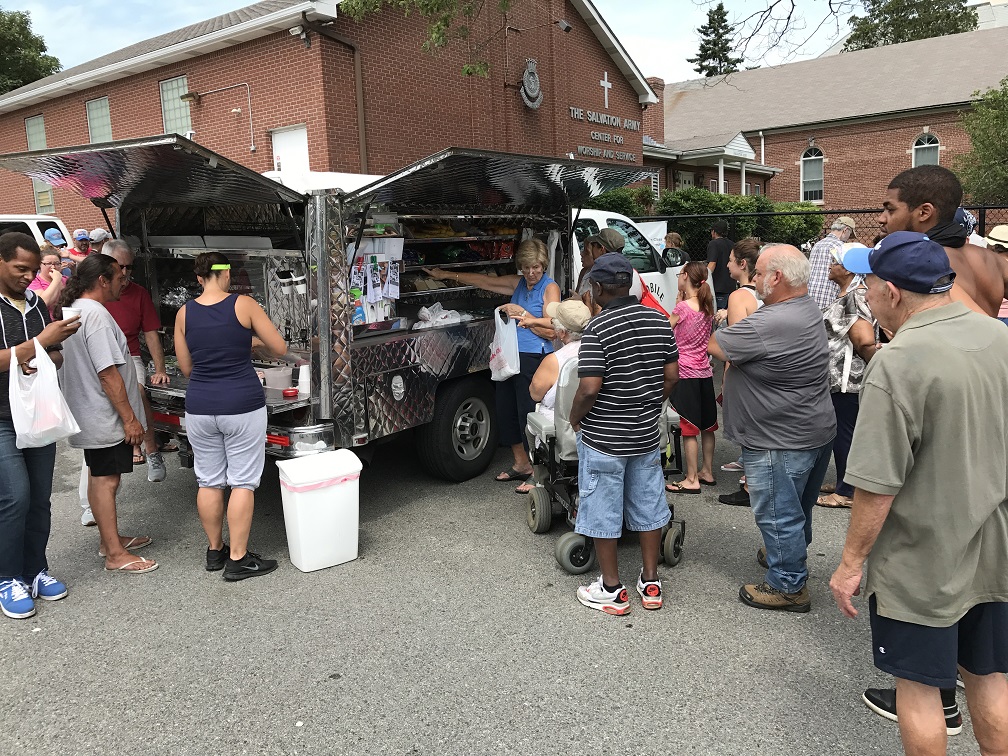 But what if YOU were struggling in this life? What if you had lost your home or apartment to fire and had no place to go? What if you were an abused mother with children, evicted from her city apartment and moving from shelter to shelter? On the other hand, what if you were a homeless veteran who stepped up for our freedoms, and was now suffering from PTSD and all the horror of war that you witnessed and cannot reconcile? Or maybe you’re simply down on your luck and not only searching for answers, but wondering where your next meal is coming from. You know, I’ve often said, there’s simply no excuse for hungry or homeless people in the greatest nation on planet earth. Don’t misunderstand me, I’m not advocating for the creation of yet another government bureaucracy which accomplishes zero and donates to the general fund as well as the political ambitions of Socialist leaning fools. I’m talking about spending tax payer dollars as they should be spent, on issues which frankly supersede alleged climate change, healthcare for illegal aliens and overall bloated government. But I digress…

Truth be told, and while our problems are not those of say Venezuela, there are many reasons why we seem unable to get a handle on homelessness and hunger in America. Politics aside though, this is where God and His mighty workforce of missionaries, with hearts and eyes opened to His will, step in. Every day, men and woman who are simply unwilling to stand by or make excuses for why they’re not helping their fellow man, are taking the reins, heeding the call of their Lord and savior, and making the streets of America where there are those in need, their mission field. One such group is “Mobile Ministries” or MM for my purposes today.

Mobile Ministries, formally Mobile Loaves & Fishes (MLF) is a social outreach ministry for the homeless and indigent working poor with the mission to provide food, clothing, toiletries and dignity to our brothers and sisters in need. The original concept, begun in 1998 by six parishioners of Saint John Neumann Catholic Church in Austin, Texas promoted the idea of using catering trucks to distribute food, and was born of a conversation between one of the founders and a fellow parishioner. Over the years the idea, with God’s blessing, grew into a successful but nearly unmanageable entity with all the logistics and problems of a major corporation. Food turned into cloths and into toiletries etc. etc. etc. The need only grows and so do the operational challenges. 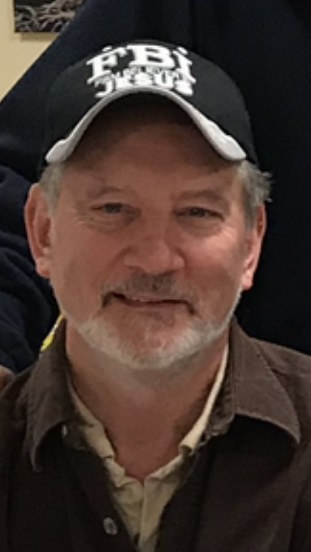 Nevertheless, throughout the 2000’s MLF expanded, planting trucks in other states to include Rhode Island. Enter 63 year-old George Bailey, a parishioner of St. Paul’s United Methodist Church in New Bedford MA for all of those 63 years, but who also attended Long Plain Baptist Church in Acushnet MA and knew the path to heaven by way of his Lord and Savior Jesus Christ. The married father of two daughters was moved to help those who needed a hand up, when he learned of MLF by way of his pastor’s cousin who was running the first truck for MLF in Rhode Island.

George traveled to Austin in 2008 with three fellow parishioners to see first-hand the MLF operation at its peak, celebrating their 4.5 Millionth Meal served to those in need. During that visit, God set the “wheels” in motion so to speak and George returned to Rhode Island with a truck and ministry model to embrace. Oh, what work there was to be done…

I spoke to George on the phone last month following a pretty bad storm here in New England, and I tried my best to help him through some computer issues which had resulted when he lost power at his home and office. George was happy to be both, interviewed by me and to work on his business computer all at the same time. Yikes! This is a man who can multi task.

George explained how He observed the model of MLF and how he could see the strains of an organization that had grown difficult to manage at the national level with all its subsidiaries in other states. Nevertheless, George knew the need and began reaching out to churches in his area that could help with sponsorship and volunteers. We chuckled when he described trying to raise funds in 2008 and beyond during the “greatest recession since the great depression” as some have referred to it. He soldiered on though and got by, eventually building a coalition of 12 churches and 1 synagogue with over 100 of, as he describes them, “the best volunteers he could possibly ask for”.

George worked diligently, counting every dime and every coffee stirrer in order to meet God’s challenge to him. He would eventually develop a system whereby each sponsoring church would donate $100.00 to cover the basic expenses of just one run into the many greater New Bedford Massachusetts areas where he and his band of “mission specialists” as I call them, service. And I felt that oh so familiar feeling deep in my heart as he reminded me that he always gets by with little room to spare, as God always provides.

MLF continued its operations, now in New Bedford from 2008-09 through the Spring of 2016, delivering help to the “least, last and lost” as George likes to say. They bring God’s love in the form of everything from a simple smile and a cup of coffee, to donated foodstuffs of all sorts, clothing, toiletries, tents, sleeping bags, you name it.

In 2016, George could see the stresses mounting on the parent organization of MLF in Austin, and he began to explore options for continuing the ministry as a separate 501c3. Eventually, by way of some creative financial maneuvering, he was able to secure the release of the truck they were using for payment to the parent organization and continue as the new “Mobile Ministries” from 2016 to present day. With his new license to serve the Lord’s people, George would go on to secure lasting relationships with organizations like The Salvation Army, which holds fundraisers like the annual Serve-A-Thon, Lift-In-Love. In fact Mobile Ministries has become the largest prepared feeding program for the homeless and working poor in the New Bedford MA area. George and his Mission Specialists also continue to canvas the area markets and restaurants to secure much needed and appreciated donations for their cause, as the cycle of need goes round and round and grows larger with every passing month.

We talked of his many runs into the city and how they now serve more than 50,000 meals a year. This is truly a staggering number considering the size of his mission. MM continues to be based 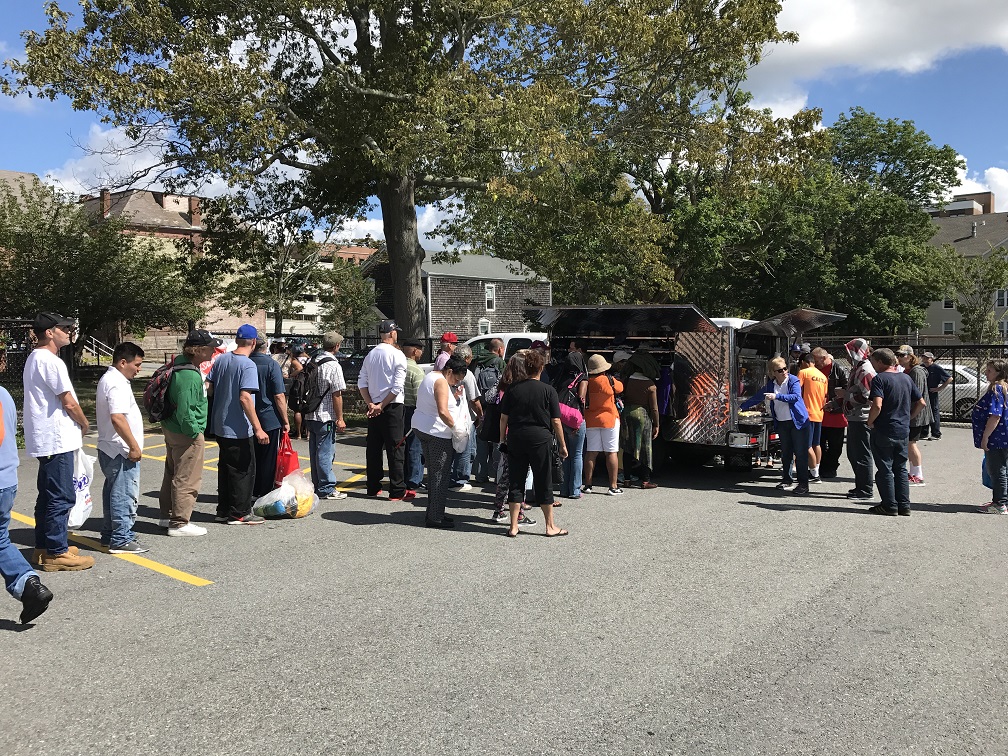 and run out of St. Paul’s where they house their commissary. George reminded me that fully 100% of every dollar raised on behalf of the organization goes to the street where it’s needed. This sparked a side bar conversation concerning the aforementioned closing of one’s window in the face of need as we sometimes want to know our money is not being wasted on drug and/or alcohol abuse. George explained that while there is no set way to know the fruits of your donations, one should look at the persons shoes. If they resemble the tattered sandals of an ancient traveler, it’s likely you’re looking at a desperate and needy person. He added that if you truly want to help, but feel these uneasy feelings, then donating to an organization like MM ensures that your contribution will find those who most need it, while keeping the good news of Jesus and His love flowing into our community.

We spoke of Matthew 25:36-40 and how it so accurately describes the mission, and how it is important that we not judge but rather simply love on those who are on the outer marker and in many cases, desperate for the most basic things we take for granted.

As I mentioned earlier, I have a soft spot for the work George is doing. I have had many experiences with homeless and desperate folks over the years, and while some of those experiences have been negative, the vast majority have raked at my heart and soul for solutions. Well it turns out that people like George Bailey are providing those solutions on the streets of the greater New Bedford area and beyond, every day…

Keep up the good work Sir! It was a pleasure speaking with you…

If you would like to learn more about MM, or donate to an organization that ensures ALL of your support dollars will find their way to God’s weary, then consider Mobile Ministries “Delivering More Than a Sandwich” at: www.mobile-ministries.org or call 508-991-9218.  Volunteers are always needed and appreciated. Come visit or write to MM at St. Paul’s United Methodist Church, 884 Kempton St, New Bedford, MA 02740