More on the free speech front

(WNS)–The U.S. Senate took up the issue of free speech on college campuses in a June 20 committee hearing prompted by the rash of violent protests during the just-concluded school year, where students across the country rallied to shout down mostly conservative speakers. Predictably, free speech advocates condemned the rise of mob rule to silence dissent, while university administrators stressed the need to maintain order.

Eugene Volokh, a professor at the UCLA School of Law, denounced the increasing use of the “heckler’s veto” and urged schools to crack down on disruptors. 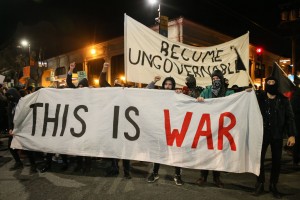 “Instead of nurturing thoughtful debate of controversial topics, many college educators and administrators discourage free debate by shielding students from offensive ideas,” said Zachary Wood, a self-described liberal Democrat and president of the Uncomfortable Learning student group at Williams College in Massachusetts. “Yet, one person’s offensive idea is another person’s viewpoint.”

In Wisconsin, state lawmakers are expected Wednesday to pass a measure aimed at punishing protesters who repeatedly cause disruptions of campus speeches. Gov. Scott Walker supports it: “To me, a university should be precisely the spot where you have an open and free dialogue about all different positions. But the minute you shut down a speaker, no matter whether they are liberal or conservative or somewhere in between, I just think that’s wrong.”