More truth, and nothing but the truth… 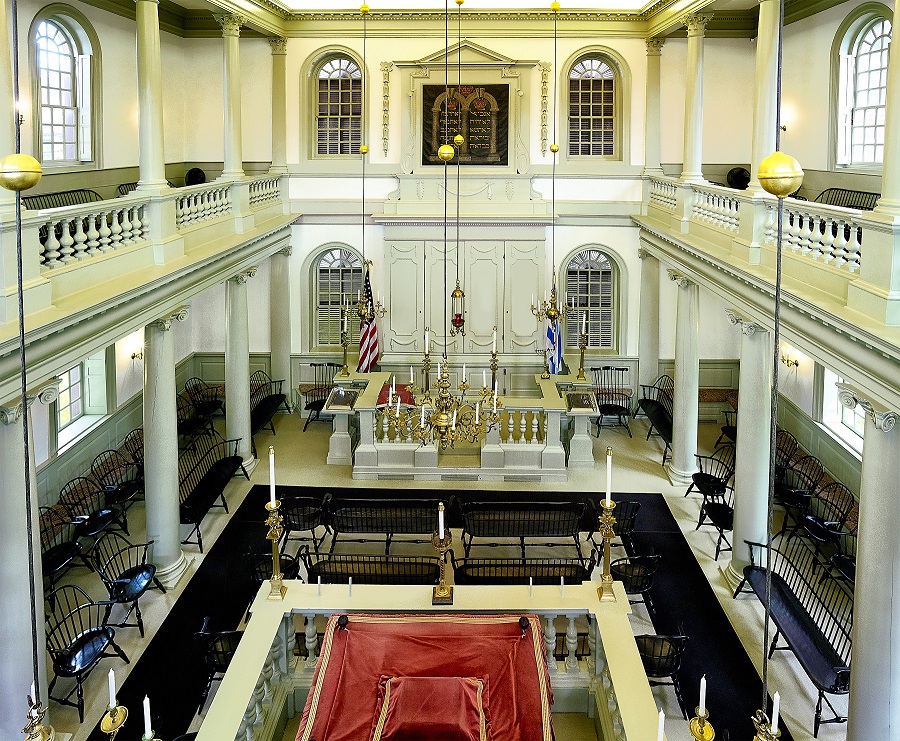 It was with much interest that I read the article, “All the truth, and nothing but the truth…” by Fred Comella, in the January 2020 issue of The Good News Today.  The article was about his interview with John Ferreira, of P   ortsmouth, and the road of experience God has led John on as a Christian, and the outreach and support ministries God led him to develop.

From his experience and observations as a career police officer, of the real needs of young people searching for something better, but repeatedly getting into trouble, John started “Kids for Christ,” which later became “Crosswalk Ministries.”  “Through these ministries, John spread the Word and led young folks down God’s intended path for them,” wrote Fred.  More recently, John started “Island Christian Fellowship” (ICF), a house church that meets in the Leonard Brown house in the East Bay, in Portsmouth.

What was of particular interest to me, as Fred stated in his article, was John’s “going deep and researching the Word and teaching the truth of the ‘Seventh Day Sabbath,’ as God’s special time and memorial of creation.”  I too am part of a group that has been meeting in a home church, but it is in the West Bay.  Like ICF, our West Bay group espouses the Bible-based, Christian seventh-day Sabbath (Saturday).

The group has been meeting in a home church setting for the past five years and is known as “Warwick Three Angels, Seventh Day House of Christ.”  They acknowledge Yeshua as the Messiah and obedience to God’s Holy Commandments, including the seventh-day Sabbath.  The group is part of a nation-wide movement and return to Apostolic, New Testament Christianity, when nearly all early Christians met in homes and broke bread (ate and fellowshipped) together, every seventh day Sabbath, until at least the fourth century A.D.

The Warwick Three Angels fellowship became a part of the “Simple Church Global Network” in April of 2018, (as Church no. 258); a network of seventh-day Sabbath fellowship home church groups across North America.  According to the American pollster George Barna, there were 30,000 home churches in the U.S. as of 2009, with an estimated 6 to 12 million Americans attending them.  Four years later (2013), that number is estimated to have probably doubled. (Posted by Stand Up For the Truth, Jan. 24, 2013, Podcast 14), standupforthetruth.com/podcast. 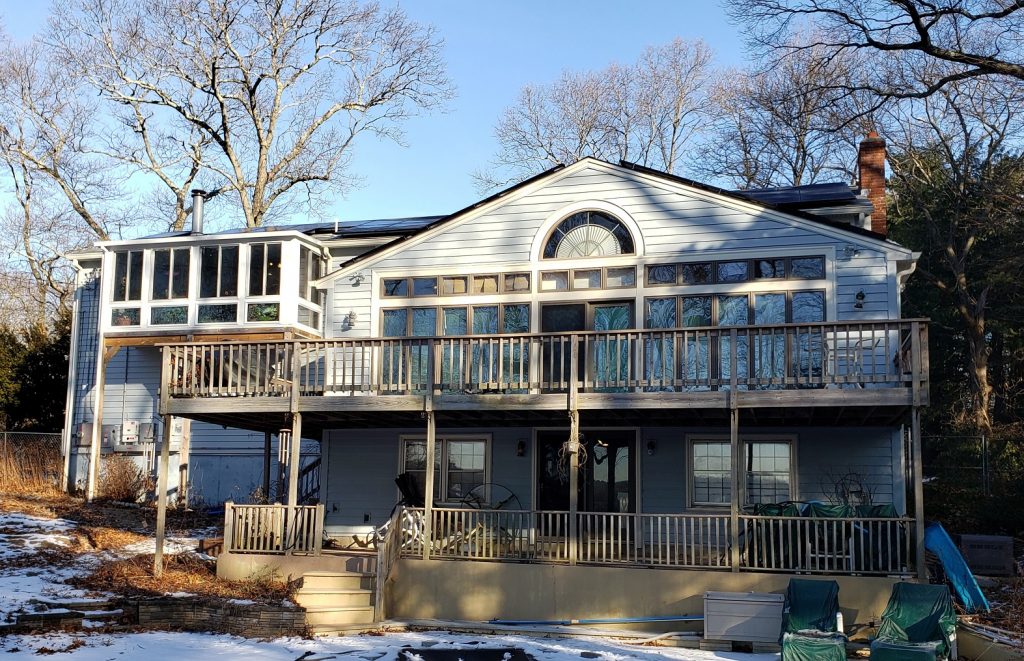 Many Christians today question honoring God’s Seventh Day Sabbath, as found in the Fourth Commandment.  They are surprised to learn that it is not the Jewish Sabbath, but that it was instituted for all of mankind by God Himself at Creation, as God’s Sabbath and Holy day.  This was before there was ever a Jew or a Jewish people.  They came 2,100 years later, at the time of Abraham.

There have been Seventh-day Sabbath honoring Christians all through the ages, since the time of Christ.  Such groups as the Coptic or Egyptian Christians of Alexandria, until the 20th Century; the Abyssinian (Ethiopian Coptic) Church for the past seventeen centuries; and at Antioch, where the followers of Christ were first called Christians (Acts 11:26); they were Sabbatarians.

Other early Sabbatarian Christians include those at Al-Bab, in Northern Syria; the Syrian Jacobite Christians in southern Turkey, Jacobite monasteries as late as the 18th Century; early Armenian Christians for 1,700 years, located in Istanbul in Eastern Turkey, Cho chin (India), and St. James Church in Jerusalem; the early Russian Christian Church until the 10th Century, but in Europe and parts of Russia until the 15th Century;  the Russian Subotnik (Sabbath keepers) who fled to the Crimea and the Caucasus region to flee persecution; and the Muscovite Russian Church which was first evangelized by missionaries from Asia Minor, all honored the Seventh-day Sabbath.

In India, the seventh-day Sabbath was preserved by many St. Thomas Christians, until the arrival of the Portuguese Jesuit Inquisition at Goa, India in the 16th Century.  The Uighur people of Western China; the Nestorian Christians in Shensi Province, China, Nestorian Christians in Japan, and Celtic churches in early times, in Ireland and Scotland all kept Saturday.

In 536 A.D. Columba established a monastic school in Scotland that lasted 600 years.  Columba and his monks followed the Bible as their sole authority and observed the seventh-day Sabbath, sending missionaries throughout Scotland, Wales, England and Europe.  In Wales the non-conformist Welch church was also called “Baptist” because of their belief in baptism by emersion.  Those among them that kept the Sabbath became known as Seventh Day Baptists.  In England, Dr. Peter Chamberlen, physician to the Royal family, was part of the growing Puritan Seventh-day Sabbath movement in the 1600’s.

The Pyrenees Mountains, between France and Spain, was the home of the Vaudois (French) Sabbath-keeping Christians.  Languedoc, France was the land of the Sabbath-Keeping Albigenses, south of the Loire River in southern France.  Carcassonne was a bastille and headquarters of the papal inquisition in southern France in the 13th Century; their focal point of persecution was the Waldenses and the Albigenses.  St. Gallus was one of the early Sabbath-keeping Celtic missionaries who established a mission college at St. Gallen, Switzerland.  Waldensian Christians who also lived high in the Alps of southern Switzerland and northern Italy were Sabbath-keepers.  As late as 1500, Bohemian Christians kept the seventh-day Sabbath.

In Italy, in the 4th Century, St. Ambrose, bishop of Milan, and as late as the 12th Century in Lombardy, Italy, there were those who kept the seventh-day Sabbath.  At the Council of Trent in

Italy, on January 18, 1562, Bishop Rheggio announced that Protestants could never defend Sunday sacredness if they continued to offer as their authority, “the Bible and the Bible only” (Sola Scriptura); saying that there is no Bible command for the sanctification of Sunday.  The bishop further claimed that it was the power of the papacy that changed the day of worship from Saturday to Sunday, and that it was a mark of its ecclesiastical authority.

Today, most Baptists do not know about the earliest Baptists, or the historical roots of modern Baptists.  They were called Anabaptists in the 1500’s and were the first post-Reformation Sabbath-keeping group.  They later became the Seventh Day Baptists, when other Baptists broke away from the group.  In Benjamin Franklin’s autobiography, Mr. Franklin mentions his being a Seventh-day Sabbath keeper.  Governor Samuel Ward, Colonial Governor of Rhode Island, from 1761 to 1767, and later a Rhode Island Supreme Court Justice, was a Sabbatarian; being a Seventh Day Baptist from Westerly.

In the atmosphere of religious liberty that flourished during the Colonial period in Rhode Island during the 1600’s and 1700’s, as a result of Roger Williams work and influence, Sabbath-keeping groups began to settle in Rhode Island in order to freely practice their religious beliefs without harassment or hinderance. 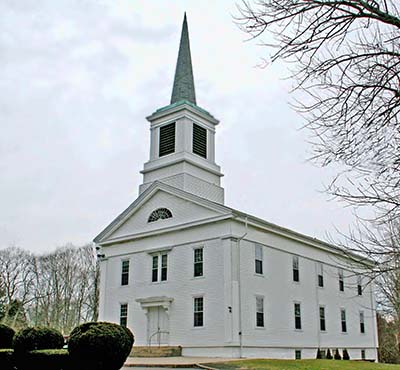 These included Jews, who first came to Newport in 1658, and later established Touro Synagogue in 1763, the oldest existing Jewish house of worship in North America today.  President George Washington visited this group in 1790 and gave them a letter of encouragement.  Stephen Mumford, originally from England, was among the first Seventh Day Baptists to come to Rhode Island in 1665. The Sabbatarian Baptists came to Newport in 1671. The Seventh Day Baptists, who initially settled in Newport in the 1660’s, later established congregations in Hopkinton (1682), Ashaway, and Westerly.

In the past one-hundred years there have been discovered, in remote isolated places around the world, primitive Christian groups with no denominational status or ties, in Africa, India, and China, that still honor the seventh-day Sabbath.  Some groups were there due to ethnic diaspora, having fled to these locations due to persecution.  But many of the groups trace their roots and origins to early missionary efforts and missionary excursions into these isolated areas, in the early centuries during and after the Apostolic and post-Apostolic period, and as late as 800 to 1000 A.D.

It is refreshing to learn there are fellow Sabbath-keeping Christians meeting in the East Bay area on Aquidneck Island, in Portsmouth, that hold to keeping of the seventh-day Sabbath of the Bible as sacred time.  It is my prayer that God bless this group that is honoring His Holy Sabbath.

As the holy sacredness of the relationship between one man and one woman in marriage that God instituted in the beginning and blessed at Creation (Genesis 1:27), has not changed, (in spite of modern cultural trends and mankind’s attempt to do otherwise);  neither has God removed from, and the seventh-day Sabbath has not lost any of its sacred holy character that God blessed it with at Creation (Gen.2:3), despite objections and cultural influences to the contrary today!

What God has blessed, “let no man put asunder” (Matt.19:6).  Mankind cannot change what God has blessed, though he may think to do so, and even though it has been tried.  In the end, the Lord’s Word shall stand!  …stand the test of time, and be found to be true before all the inhabitants of this world; in the presence of the Universe.

From his January article, it appears Fred Comella has an interest and questions about the seventh day Sabbath of God.  In that article he refers to John Ferreira, as “one of my interviewees who can set me on the right path to the answers.”