(WNS)–A faculty committee at Harvard University has recommended a ban on single-gender social clubs starting next school year. Harvard does not officially recognize sororities and fraternities on campus, but several local chapters in the area are open to Harvard students. Those found violating the ban would face disciplinary action. 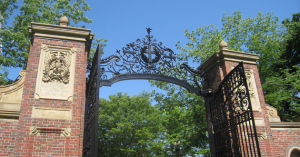 Although the recommended ban fits with the pervasive push for gender neutrality, it’s driven by claims of sexual assault and underage drinking. Harvard has several secretive all-male groups, known as “final clubs,” some of which date back to the 18th century. A separate Harvard committee recently found the clubs have “deeply misogynistic attitudes” and a “sense of sexual entitlement.” Nearly half of female seniors who interacted socially with final club members reported experiencing nonconsensual sexual contact during college.

Several high-profile cases of hazing at other universities contributed to the committee’s recommendation. A Pennsylvania State University fraternity made headlines earlier this year after a 19-year-old student died following a night of binge drinking during a pledge ritual.

“The committee’s deliberations were carried out under the shadow of tragic events relating to hazing and excessive drinking at other campuses across America,” the group wrote. “The committee’s recommendation is in part intended as a preventative step.”