By Good News Today Staff
Due to dwindling capacity for existing aborted fetal cell lines to self-replicate, scientists in China have developed a new aborted fetal cell line, WALVAX 2 that will be used for viral vaccine production.  The existing cell lines, MRC-5 and WI-38 are currently used in MMR, Varicella, Hepatitis-A, Shingles, some rabies and some polio vaccines.

WALVAX 2 is taken from the lung tissue of a 3 month gestation female who was ultimately selected from among 9 aborted babies.  The scientists noted how they followed specific guidelines to mimic WI-38 and MRC-5 in selecting the aborted babies, ranging from 2-4 months gestation.  They further noted how they induced labor using a “water bag” abortion to shorten the delivery time and prevent the death of the fetus to ensure live intact organs which were immediately sent to the labs for cell preparation. 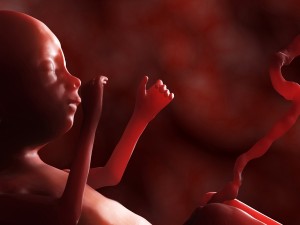 About 8 weeks after fecundation an embryo becomes a fetus.

According to the studies published earlier this year in the NIH Pub Med, scientists noted that Walvax-2 cells replicated more rapidly than MRC-5 cells, attained greater population doubling and performed better or equal to the existing cell lines for culturing viruses.

In 1964 Leonard Hayflick introduced what is known as the “Hayflick limit” – how all normal cells have a finite lifespan and limited capacity to replicate before going into senescence and eventually, become unstable and form tumors. (L. Hayflick, The Limited In Vitro Lifetime of Human Diploid Cell Strains, Experimental Cell Research, Vol 37, 1964) Attempts to immortalize these cells to extend their lifespan have likewise introduced problems with tumor formations, as in aborted fetal cell line PER C6, introduced into the US in 2001.

Such seems to be the case with the introduction of WALVAX 2 to replace Hayflick’s WI-38 and Medical Research Council’s MRC-5.  But instead of choosing from several WHO and FDA approved moral cell lines to replace them, they are using a new aborted fetal source.

“This is exactly what we have been saying for years,” stated Debi Vinnedge, Executive Director for Children of God for Life an organization that has been monitoring the use of aborted fetal materials in vaccines and other consumer products. “The pharmaceutical industry is not going to change their use of aborted fetal cells when they have tacit approval from our moral and medical leaders.”

For decades both the pharmaceutical companies and even some ethicists have insisted that the abortions to produce the cell lines used in vaccines were not done with that intention, that it was only a couple of abortions from the past and that no further abortions would be needed “now or in the future” to produce vaccines.

“This may be the biggest lie ever told to the American public and the world at large,” said Mrs. Vinnedge.  “Not only have there been hundreds of abortions directly involved with vaccine research – specifically for that purpose where they altered abortion methods to obtain intact fetal organs, but we are now seeing more and more abortions for fetal research and new cell lines emerging for viral vaccine cultivation.”

While Children of God for Life has been trying to expose these truths for the past 15 years , those warnings are now ringing startlingly accurate as evidenced with the recent Planned Parenthood videos that have emerged through the Center for Medical Progress, (CMP) showing how live, fully intact fetuses have been harvested for aborted fetal research.