It’s happened – and quite dramatically – inspiring the film When the Game Stands Tall, which opened August 22. 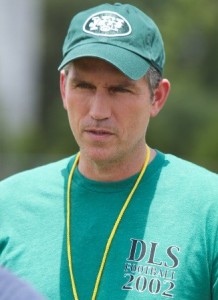 “Winning a lot of football games is doable,” explains Ladouceur (Caviezel) in the film. “Teaching kids there’s more to life? That’s hard.”  The film focuses on how players and coaches cope with The Streak’s end, plus a former teammate’s murder and the coach’s heart attack. “It’s not how hard you fall,” reads the tagline, “it’s how you get back up.”

In this gritty story, a coach struggles to help his players make sense out of loss and tragedy while grappling with his own confusion and doubt. We see many contrasts: dreams shattered and fulfilled, family joys and conflict, selfish pettiness and stirring nobility.

Legendary NFL coach and commentator John Madden called the Ladouceur/De La Salle saga “one of the greatest football stories ever told. There’s a lot more to it than X’s and O’s. [It has] life lessons for everyone about commitment, dedication, responsibility, friendship, brotherhood. And what you learn from those lessons is much bigger and more important than The Streak. It’s about community, .religious beliefs, everything that’s important in life.”

The Bellevue, Washington, team that finally snapped The Streak emulated their opponent’s methods. “Credit De La Salle for the things that changed in our program,” explained that coach.

Ladouceur, also a religion teacher, fondly quotes inspirational figures like Bobby Kennedy, Jesuit philosopher Teilhard de Chardin, and Jesus. He noted: “The most important component of Spartan tradition is our commitment to create a brotherhood among ourselves. This task is bigger, tougher, and more elusive than any opponent we ever face. .Individual egos must die in order for a team to live.”

“We win because our players love each other. They are not afraid to say it or embrace each other as a sign of that affection.”

He likes Jesus’ Parable of the Talents in which an employer gives each of three servants a sum of money to manage – “each according to his own ability” – then observes the results. “God not only gave us some sort of ability,” notes Ladouceur, “but also.placed us in an environment to develop those talents. And for what purpose?” Service, is Ladouceur’s answer.

Of course, definitions of exemplary character differ, and Ladouceur willingly admits he’s imperfect. “I have a lot of regrets,” he confesses.

I don’t generally follow high school football, preferring the university and professional games. When I first heard about this movie, I wondered what its appeal could be. Now I understand. There’s plenty of gridiron action for fans, but also poignant lessons about preparing for life, growing up, community, handling defeat, and more. The ending is somewhat perplexing (“seems contrived,” says my wife). But overall, it’s a great story for athletes and coaches, teams and fans, students and educators, families and friends. 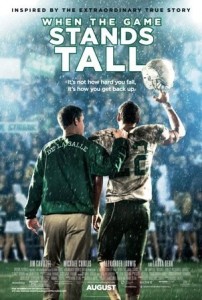