(NaturalHealth365) Federal health officials continue to push a widespread vaccination agenda, despite strong evidence that immunizations can harm or even kill patients while offering no reassurance of avoiding disease. But, now, this government-sponsored agenda has reached an all-time low. Their latest target? One of the most vulnerable groups: pregnant women.

In a National Vaccine Advisory Committee (NVAC) report published by the United States Department of Health and Human Services (HHS) earlier this year, the department details new concerted efforts to target pregnant women for vaccination. The report references the need for successful development of a national maternal immunization program, noting that the department had charged the NVAC with reviewing the current maternal immunization practices and identify barriers to better aligning those practices with broader immunization goals as described in the National Vaccine Plan. 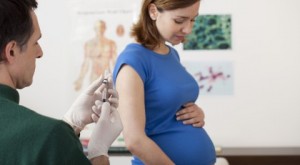 The primary areas of focus for the government’s new vaccination program targeting pregnant women are influenza and pertussis. Yet, you need look no further than the actual vaccine manufacturer’s product inserts to verify the vast deficiency in any evidence to counter fears over likely vaccine dangers.

This contraindication makes this policy absurd and its stupidity needs to be exposed. There simply hasn’t been adequate safety testing for the influenza vaccine when administered to pregnant women or to children under the age of five. Simply put, pumping toxic ingredients into pregnant women is morally, ethically and medically wrong!

Sanofi Pasteur manufactures both Fluzone and Fluzone Intradermal. In the product literature for its Fluzone product, the company cautions:

“Animal reproduction studies have not been conducted with Fluzone. It is also not known whether Fluzone can cause fetal harm when administered to a pregnant woman or can affect reproduction capacity.”

In addition, vaccine producers also note there are ‘no studies conducted on safety and effectiveness of the vaccine in children younger than six months of age.’ Every doctor should be against such a policy to force pregnant women to undergo such a risky medical treatment.

“Safety and effectiveness of Fluzone Intradermal have not been established in pregnant women.”

“There are, however, no adequate and well-controlled studies in pregnant women. Because animal reproduction studies are not always predictive of human response, Fluzone Intradermal should be used during pregnancy only if clearly needed.”

The vaccine’s literature also states that nursing mothers should not be administered Fluzone due to the high probability of toxins being transferred in mothers’ milk. The vaccine manufacturer further warns of vaccine dangers by cautioning: ‘Safety and effectiveness of Fluzone Intradermal in persons less than 18 years of age have not been established.’  Product literature from bioCSL regarding its AFLURIA influenza vaccine product tells a similar cautionary tale when it describes research conducted on rats, then states:

“There are, however, no adequate and well-controlled studies in pregnant women.”

Cautionary statements regarding the products use in nursing mothers mirrors those made by Sanofi Pasteur. Regarding young children, the product’s literature clearly states it is not approved for use in children younger than five years of age. Need I say more?

Why are we ignoring these dangerous health warnings?

Despite the mountain of literature cautioning use of these vaccine products in pregnant women, nursing mothers and young children, the HHS is continuing to spend tax dollars on programs meant to administer vaccinations of unknown safety and effectiveness to otherwise healthy women and babies. The HHS reveals in the NVAC report it will be pressuring obstetricians to abandon their own educated medical opinion and instead, following recommendations of “professional organizations and government agencies” in pushing dangerous vaccines on their patients.

The HHS further states its plans to partner with “vaccination stakeholders,” which in nearly all cases is synonymous with those standing to make a buck from the sale of vaccines. It is shocking and shameful that a government agency shouldered with the responsibility to protect human health would conduct itself in a manner that would be considered illegal under any other circumstances. I suggest we sound the alarm and spread this information – far and wide – because exposing this truth has the potential to end this insanity.