New York Times Best-Selling Novelist Jerry B. Jenkins Releases what could be ‘Thriller of the Year’ 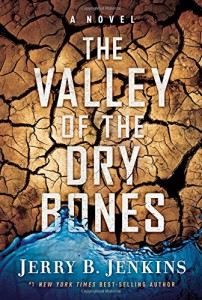 NASHVILLE, TN (ANS) — Jerry B. Jenkins must be the most prolific Christian author in America today with a wide-array of works, including biographies and novels.

His books have sold more than 70 million copies, including the phenomenal Left Behind series (with Dr. Tim LaHaye), minting him as one of the best-selling novelists of all time.

Believe it or not, this is Jerry’s 189th book (and his 131st novel,) and in this one, his futuristic portrayal of a dystopian California is set 17 years into the present drought, earthquakes and wildfires having left the state desolate.

In a fast-moving plot, the President of the United States declares the state “uninhabitable” and orders California’s 39 million citizens to “relocate.” While from the air, the state appears to be abandoned, fewer than 1% of the population refuse to leave – staying at their own risk.

“I had great fun with this one,” Jenkins says. “Much like Left Behind, it’s an ensemble piece, headed by a strong but unlikely leader who rises to meet a challenge he could never have foreseen.”

In this inventive page-turner, a clash of cultures, ethnicities, religions, and politics triggers violence, pitting friend against friend with the future of the country at stake. Steeped in bravado, bloodshed, and deep devotion, this can’t-put-it-down thriller leaves readers wanting more.

Jenkins says the idea for this novel came from his desire to examine how an “Everyman” would respond to God speaking audibly to him in this day and age, the way He did to the patriarchs of old. “I was fascinated with how the story played out and believe my readers will be too.”