News From the Front Lines

This world is not our home, so we shouldn’t cling too tightly to it. It’s merely the battlefield we’re called to fight on during these dark days. 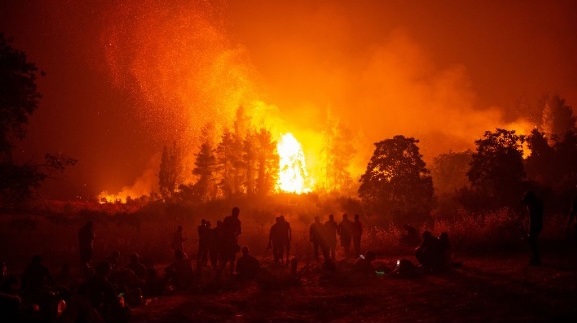 Having said that, it’s important that we’re also vigilant and understand all that’s happening in this world right now. While many prefer to remain ignorant, not able to stand any “bad news,” it falls upon God’s people to remain informed, and inform others, being wise as serpents, but harmless as doves. If we just bury our heads in the sand, as so many professing Christians seem to love to do, then we cower in fear and we perish for lack of knowledge.

So here are some updates from the front lines of the battle.  First of all, the world’s on fire. Not just the wildfires that are raging here in America, but world-wide. Algeria is experiencing the most widespread wildfires in recent memory. More than 100 wildfires are currently burning in Greece. The island of Sardinia, west of Italy is burning with fires described as “the worst disaster in decades.” Turkey, likewise, had 183 forest fires in a single week in early August.

Meanwhile, as the Taliban has taken control of Afghanistan, the Biden 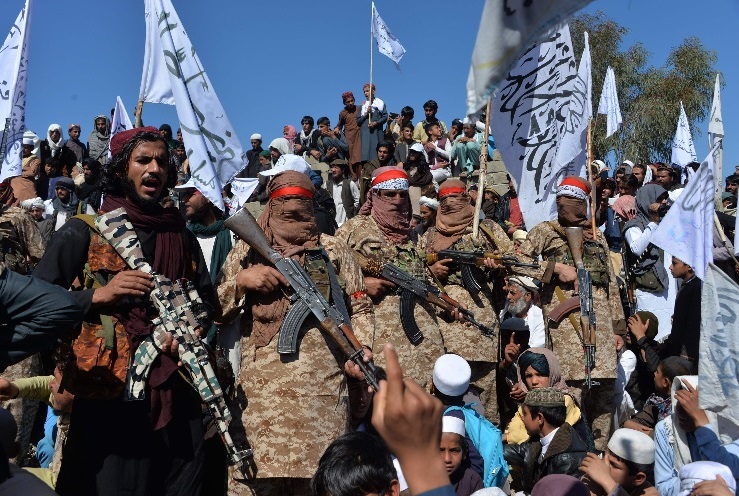 administration is now warning of coming Al Qaeda attacks, around the world and here in the US, as we approach the 20th anniversary of 9/11. But the Biden regime is also warning that the most dangerous terrorists we need to fear are Anti-Maskers, Lockdown Resisters and Trump Supporters. 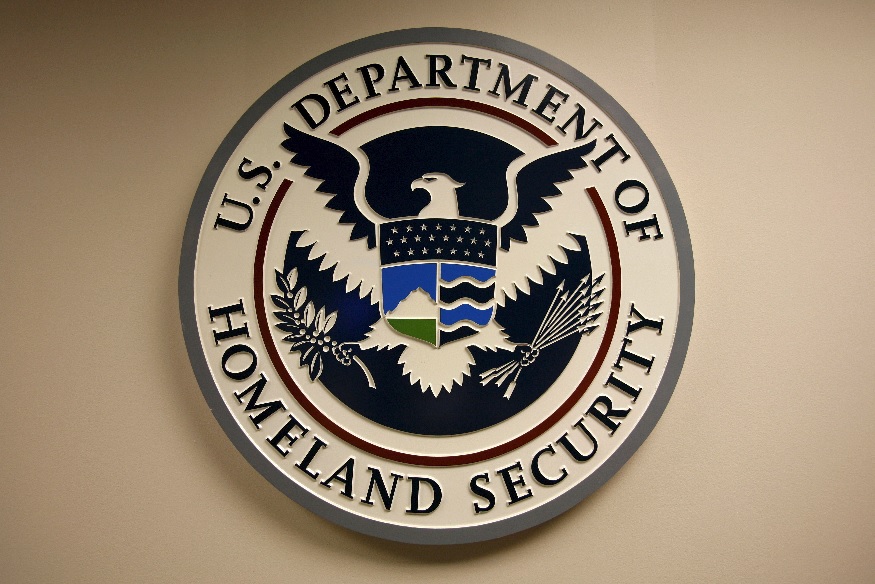 The Department of Homeland Security has recently issued guidance stating that opponents of COVID-19 restrictions, lockdowns, vaccination mandates and Trump supporters constitute the most dangerous threats to America.  NBC news reported that a “National Terrorism Alert” has been issued by the DHS, which declared that anyone who opposes vaccines, masks, social distancing or lockdowns poses a “potential terror threat” to society at large. Likewise, anyone who thinks there was fraud in the 2020 election may also be a “terrorist.”

More than one researcher has observed that this is all in preparation for one or more government “false flag” events.  For those unfamiliar with the term, a “false flag” event is when government agencies carry out a terroristic attack and then lay the blame on innocent parties.  (Remember the January 6th debacle?)  In this case, commentators have warned we should be on the lookout for a violent attack of some kind here in America which will be blamed on innocent freedom-loving patriots.  This will be a means to an end to criminalize all anti-vaccine speech, halt all investigation into the fraudulent 2020 election, and lock down the country once again.

And if you thought the lockdowns of 2020 were bad, just wait until you see what they have planned this time around.  Take France as an example.  There, all restaurants, bars, coffee shops and leisure activities like sporting events, theaters, cinemas and museums are off limits to anyone without a “Health Pass,” or “Vaccination Passport.” Those who get caught in any of these places without a Health Pass get an automatic six-month prison sentence. Business owners receive a fine of 45,000 Euros and one year in prison.

All doctors, nurses and healthcare workers have been mandated to get the jab or lose their license. The healthcare system in France is state-owned, and so all the good doctors left France five years ago. For the past five years, nurses have been understaffed and doing double duty and the system is basically bankrupt.  Now, due to this “jab” mandate, millions have taken to the streets to protest and the hospitals have lost another 50% of their staff. 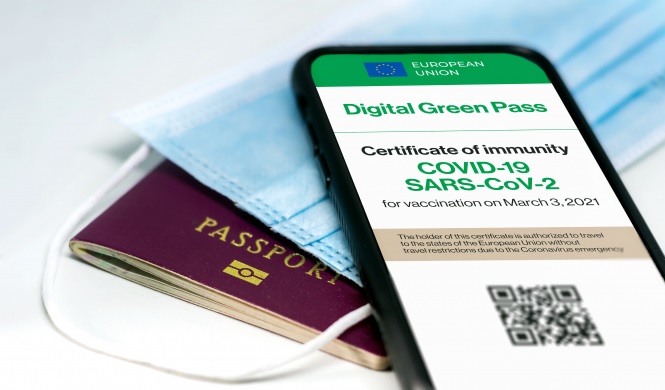 As of August 1st, all retail stores, large and small, will be mandated to have their owners and staff injected and a Health Pass will be required for all customers. Truckers in France are on a nation-wide strike, blocking all access roads in and out of Paris. And starting September 15th, all public areas will be off limits — with or without a Health Pass. This includes farmers’ markets, parks, lakes, rivers, beaches, recreation areas, and churches. September 15th may be a date to remember here in the US as well.

Similar situations are happening in other countries, with massive protests in France, the UK, Greece and Germany, and so citizens there are also now considered “domestic terrorists.”

Here in America, Congress is considering a new law which would “direct the Secretary of Homeland Security to ensure that any individual traveling on a flight that departs from or arrives to an airport inside the United States or a territory of the United States is fully vaccinated against COVID-19, and for other purposes.”  This is basically a ban on all inter-state travel by air. But the Biden regime is also considering a ban on ALL inter-state travel, meaning no driving out of one’s state either, without your “Vaccination Papers.”

In Hawaii, a father and son were arrested at Honolulu’s airport and face up to one year in prison and a $5000 fine for violating the state’s Safe Travel program. They were using falsified COVID vaccine cards to travel. They were forced to immediately return to California, pass a COVID test, then fly straight back to Hawaii for their arraignment.

Meanwhile, the city of Los Angeles city council voted unanimously to enforce vaccination requirements in order to enter ANY public indoor space — that includes restaurants, gyms, stores, concert and theater venues and churches.  In Oregon, State Representative Lisa Reynolds stated, “We will force vaccines. We will make it a prerequisite for indoor dining, working in the office and furthering your education.” 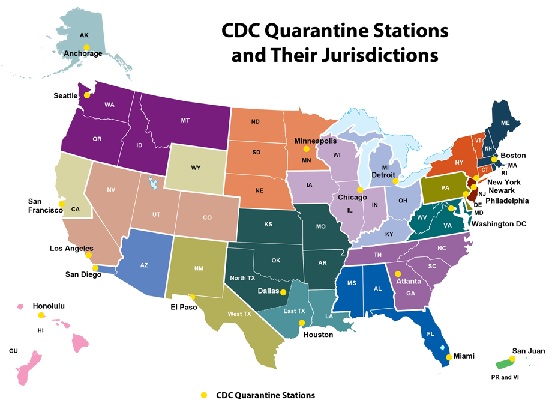 While these things are going on, the CDC has released plans for what they call “Green Zones.” These are re-location camps for those who have refused the jab and are therefore considered “high risk individuals.” According the CDC’s own document, “High-risk individuals would be temporarily relocated to safe or ‘green zones’ established at the household, neighborhood, camp/sector or community level…they would have minimal contact with family members and other low-risk residents.”  Under this plan, people can be forcibly removed from their homes, placed in these “Green Zone” camps and held for a minimum of six months — unless they take the “jab.”

In Tennessee, Governor Bill Lee signed Executive Order 83, giving the state permission to call up the National Guard and State Guard “in connection with certain healthcare and emergency services operations.” This Executive Order would also permit the construction of “temporary quarantine and isolation facilities” and “telephone assessments for involuntary commitment cases.”

The Communist indoctrination of our young people on college campuses also continues.  Recent surveys have shown that a majority — nearly 75% of college students — are in favor of placing non-compliant “anti-vaxxers” in internment camps until they agree to be fully vaccinated.  The mockingbird mainstream media is helping this mindset along.  CNN’s Don Lemon stated he believes the unvaccinated should not be allowed to buy food or to work.  The media is also heavily pushing the official narrative that it’s time to start blaming the unvaccinated people for COVID-19. 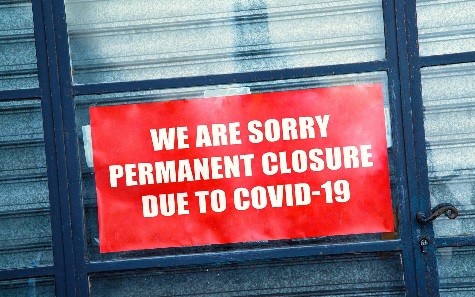 We’re also watching the total destruction of the American economy. Businesses are shutting down — permanently — because they cannot find workers willing to work.  It seems people are getting enough “free” money from our Communist government now that they’re content to sit home.  This has created a major crisis in our supply line.  Many store shelves are running short of needed items, or completely sold out, with prices skyrocketing.   We’ve been warned for several months now of a serious food shortage about to hit the US this fall.  And the Daily Wire reported that inflation reached a rate of 7.8% in July — the highest ever in recorded history.

The effects of defunding the police are also now becoming very evident.  In Portland, for example, the city council defunded policy by nearly $15 million dollars.  Violent crime has gotten so out of control there that the city has now hired private security companies to patrol the downtown. Portland saw 453 shootings in the first half of this year.  Business owners there are furious.  They already pay taxes to fund law enforcement, but now, they too need to hire private security in order to keep their businesses and customers safe.

There’s been a marked rise in violent crime all across the country this year. New York, Philadelphia and Chicago had at least 70 people shot just this past weekend, leaving 16 dead, including a 7-year-old girl who was killed, and her 6-year-old sister seriously wounded when someone opened fire on their parked car in Chicago.  In New York, violent crime is up 22% from this time last year, and shootings there are up over 70%.

And the LGBTQP+ steamroller continues it’s deviancy. A professor at a California medical school was asked to make a formal apology recently for a statement he made during a class lecture.  This is a clear case of the LGBTQP+ establishment punishing someone for “wrongthink.”  In his apology, the professor said, “I’m very sorry for that. It was clearly not my intention to offend anyone. The worst thing that I can do as a human being is be offensive,” he said. “I said ‘when a woman is pregnant,’ which implies that only women can get pregnant and I most sincerely apologize to all of you.”

Meanwhile, the American Medical Association has passed a resolution to lobby for the removal of “sex designation” from birth certificates.

And the James Dobson Family Institute recently reported that the so-called “Family-friendly” Disney movie, “Jungle Cruise” includes one of the characters “coming out’ as homosexual and explaining that he has broken off multiple engagements with women because his “interests happily lay elsewhere.”  This is for CHILDREN, folks.

Another Christian organization has also fallen to the sodomite agenda. World Vision is now requiring vendors to sign a “Business Code of Conduct,” which includes promising to select and promote personnel “without discrimination or concern for sexual orientation and gender identity or expression.”  That should earn them some “points” with the HRC.

And the White House just announced the first Muslim American nominated to be the US ambassador-at-large for International Religious Freedom.  How do you suppose that will work out for American Christians?

And in case you missed it, Australia just passed a nation-wide law prohibiting Christians from praying or handing out information in front of abortion centers there. The law creates a nearly 500-foot buffer zone around the facilities, and carries with it a 12 month jail term and a $12,000 fine.

I encourage you to remember 2nd Timothy 1:7, “For God has not given us a spirit of fear, but of power and love and a sound mind.” 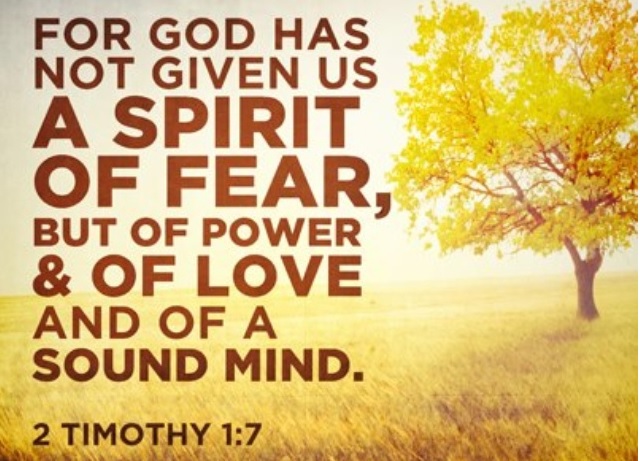 There are those who continue to be fearful of a virus, of the government, of the Luciferian New World Order that IS coming, because, they either don’t know God or acknowledge Him or don’t really follow Him.  Fear and faith cannot exist simultaneously. You’ll either have one or the other. When we understand that, as true Remnant Believers, we have the very Holy Spirit of God living inside us, we have the perfect Counselor and Comforter, and therefore, unlike the rest of the world, WE have real power, real love and sound minds.  This world could certainly benefit from the power and love of a sound mind!