Newsboys Co-Founder Says He is Now an Atheist

George Perdikis, co-founder of the Christian rock group Newsboys, has announced that he is an atheist. In a guest post for Patheos, original Newsboys guitarist Perdikis wrote that he “renounced Christianity once and for all” and had declared himself an atheist in 2007.

The band, which was founded in 1985, allegedly started as a Christian rock band because one of the original members’ parents were fundamentalist Christians.

“The choice to become a ‘Christian rock band’ was heavily influenced by Peter’s parents, Bill and Rosalie Furler,” Perdikis wrote. “As fundamentalist Christians, the only acceptable form of music was the kind that worshiped God. Bill and Rosalie were like second parents to me and, for that reason, I never questioned their advice.”

Perdikis also described how he was uncomfortable with Christianity and the guidelines it posed for its followers. 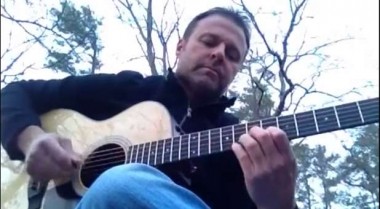 “I always felt uncomfortable with the strict rules imposed by Christianity. All I wanted to do was create and play rock and roll…and yet most of the attention I received was focused on how well I maintained the impossible standards of religion. I wanted my life to be measured by my music, not by my ability to resist temptation.”

Perdikis ultimately left the group in 1990, but criticized the band for a falsely Christian appearance, particularly in the film “God’s Not Dead.”

“The movie demonstrated the pervasive attitude of Christians. They demonized everyone while giving a pass to their own particular brand of Christianity, making themselves look like fluffy white angels with perfect, synchronized lives. The truth is—from someone who knows what went on then and what goes on now—the Newsboys aren’t as holy as they profess.”

Christian News Network reports that none of the original Newsboys members remain in the band; Perdikis is the only founding member who professes to be an atheist.