(WNS)–North Carolina abortionists will not have to describe to mothers ultrasound images of their unborn babies.

Recently the U.S. Supreme Court let stand a lower court ruling that overturned a 2011 law requiring abortionists to show women the ultrasound images so that they would fully understand what happens during the procedure. The lower court ruled the law violated abortionists’ free speech rights and was “ideological in intent.” North Carolina legislators passed the measure overwhelmingly, even overriding a veto from the governor to put it into effect. 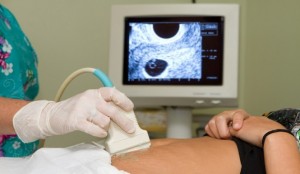 Tami Fitzgerald, executive director of the NC Values Coalition, said the measure was intended to provide women with life-saving information. “In any other medical procedure, doctors would have a duty to disclose all of the relevant information, and, yet, a procedure as destructive and life-changing as abortion is held to a lower standard,” she said.