The number of doctors accepting Medicaid patients in California dropped by a quarter from 2013, at the same time that two million new Obamacare expansion patients are joining the rolls.

In spring 2013, close to 109,000 physicians were enrolled to accept patients with Medi-Cal coverage, California’s version of Medicaid, California Health report writes. But after a purge of the lists this spring, just 82,605 doctors are now available, according to the state Department of Health Care Services.

Many doctors have chosen not to continue providing for Medicaid patients in the state after Obamacare forced an update of provider requirements, according to Medi-Cal spokesman Anthony Cava. The updated requirements “have strengthened the department’s ability to deny or terminate providers who do not comply with application requirements,” Cava said.

Others were dropped from the list of participating physicians because they hadn’t accepted a Medicaid patient in the past 12 months, Cava said. 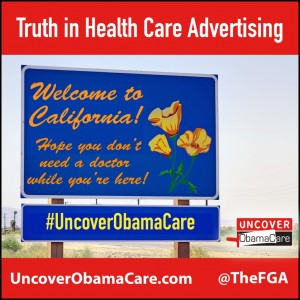 “This has not resulted in a decrease in access to care,” Cava insisted, according to California Health Report.

But Medicaid patients nationwide already struggle to find doctors that accept the coverage, which typically has the lowest physician reimbursements of any federal program. Earlier this year, a Merritt Hawkins survey of physicians in top cities across the country found that just 45 percent of physicians in the 15 biggest cities in the country take Medicaid patients. (RELATED: Less Than Half Of Doctors In Nation’s Largest Cities Are Accepting Medicaid)

In Los Angeles, just 44 percent of cardiologist accepted Medicaid in 2013, along with 36 percent of obstetricians and gynecologists; seven percent of dermatologists; 35 percent of orthopedic surgeons; and 53 percent of family practice physicians. According to the state’s data, those numbers will now fall even further.

The drastic drop couldn’t come at a worse time for low-income customers in California, which has signed up more new Medicaid customers than any other state as part of the health-care law’s Medicaid expansion. California has two million more Medicaid sign-ups from the expansion, bringing its grand total to 10.5 million Medi-Cal customers statewide.