Dr. Ezekiel Emanuel, brother of Rahm Emanuel, says that society would be far better off if people quit trying to live past age 75.  His new article entitled “Why I Hope To Die At 75” has the following very creepy subtitle: “An argument that society and families—and you—will be better off if nature takes its course swiftly and promptly”.  In the article, Emanuel forcefully argues that the quality of life for most people is significantly diminished past the age of 75 and that once we get to that age we should refuse any more medical care that will extend our lifespans.  This is quite chilling to read, considering the fact that this is coming from one of the key architects of Obamacare.  Of course he never uses the term “death panels” in his article, but that is obviously what Emanuel would want in a perfect world.  To Emanuel, it is inefficient to waste medical resources on those that do not have a high “quality of life”.  So he says that “75 is a pretty good age to aim to stop”. 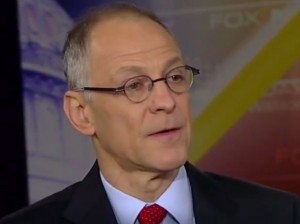 Emanuel believes in this philosophy so much that he says that he would like to die at age 75.  Of course he has no intention of committing suicide, but if he happened to drop dead once he hits his 75th birthday he would be very happy about that.  The following is an excerpt from his new article…

I am talking about how long I want to live and the kind and amount of health care I will consent to after 75. Americans seem to be obsessed with exercising, doing mental puzzles, consuming various juice and protein concoctions, sticking to strict diets, and popping vitamins and supplements, all in a valiant effort to cheat death and prolong life as long as possible. This has become so pervasive that it now defines a cultural type: what I call the American immortal.

I reject this aspiration. I think this manic desperation to endlessly extend life is misguided and potentially destructive. For many reasons, 75 is a pretty good age to aim to stop.

At 75 and beyond, I will need a good reason to even visit the doctor and take any medical test or treatment, no matter how routine and painless. And that good reason is not “It will prolong your life.” I will stop getting any regular preventive tests, screenings, or interventions. I will accept only palliative—not curative—treatments if I am suffering pain or other disability.

This means colonoscopies and other cancer-screening tests are out—and before 75. If I were diagnosed with cancer now, at 57, I would probably be treated, unless the prognosis was very poor. But 65 will be my last colonoscopy. No screening for prostate cancer at any age. (When a urologist gave me a PSA test even after I said I wasn’t interested and called me with the results, I hung up before he could tell me. He ordered the test for himself, I told him, not for me.) After 75, if I develop cancer, I will refuse treatment. Similarly, no cardiac stress test. No pacemaker and certainly no implantable defibrillator. No heart-valve replacement or bypass surgery. If I develop emphysema or some similar disease that involves frequent exacerbations that would, normally, land me in the hospital, I will accept treatment to ameliorate the discomfort caused by the feeling of suffocation, but will refuse to be hauled off.

A couple of decades ago, an article like this would have sparked mass public outrage. But today, this article hardly even gets any attention. That is because this kind of philosophy has spread everywhere.  It is being taught at colleges and universities across the United States and it is even represented throughout the ranks of the Obama administration.

For example, Barack Obama’s top science adviser John P. Holdren believes that implanting sterilization capsules under the skin of women could be a way to reduce the size of the population and increase the quality of life for everyone…

A program of sterilizing women after their second or third child, despite the relatively greater difficulty of the operation than vasectomy, might be easier to implement than trying to sterilize men.

The development of a long-term sterilizing capsule that could be implanted under the skin and removed when pregnancy is desired opens additional possibilities for coercive fertility control. The capsule could be implanted at puberty and might be removable, with official permission, for a limited number of births.

Yes, this guy is a total nutjob. But he also has the ear of the man occupying the White House. And we are not just talking about a few isolated crazies like Holdren.  This agenda has been fully embraced by our politicians in Washington.

For instance, did you know that the federal government actually has an “Office of Population Affairs“?

U.S. taxpayers are paying for all of this, but most people don’t even know that it exists.

Of course this agenda has been moved forward by both Democrats and Republicans for decades.

And the woman that is very likely to be our next president is also a very strong proponent of this philosophy.

When Hillary Clinton accepted Planned Parenthood’s Margaret Sanger Award back in 2009, she spoke glowingly of Sanger…

In a speech to the Planned Parenthood Federation of America Awards Gala, US Secretary of State Hillary Clinton said that she admires “Margaret Sanger enormously, her courage, her tenacity, her vision.” Secretary Clinton said she is “really in awe of” Sanger for Sanger’s early work in Brooklyn, New York, “taking on archetypes, taking on attitudes and accusations flowing from all directions.”

But the truth is that Sanger was deeply racist and was determined to do whatever she could to help control the population growth of the poor.  The following is one of her most famous statements…

“The most merciful thing that the large family does to one of its infant members is to kill it.”

Population control advocates such as Emanuel, Holdren and Clinton are fully convinced that they are doing the right thing.  They actually believe that the world will be a better place if less people are born and if the elderly do not live as long.