“Oh, Deep Down They Are A Good Person”…Really?

The world says that man is inherently good; therefore, it must be some external force that corrupts him, making him less than his true self. 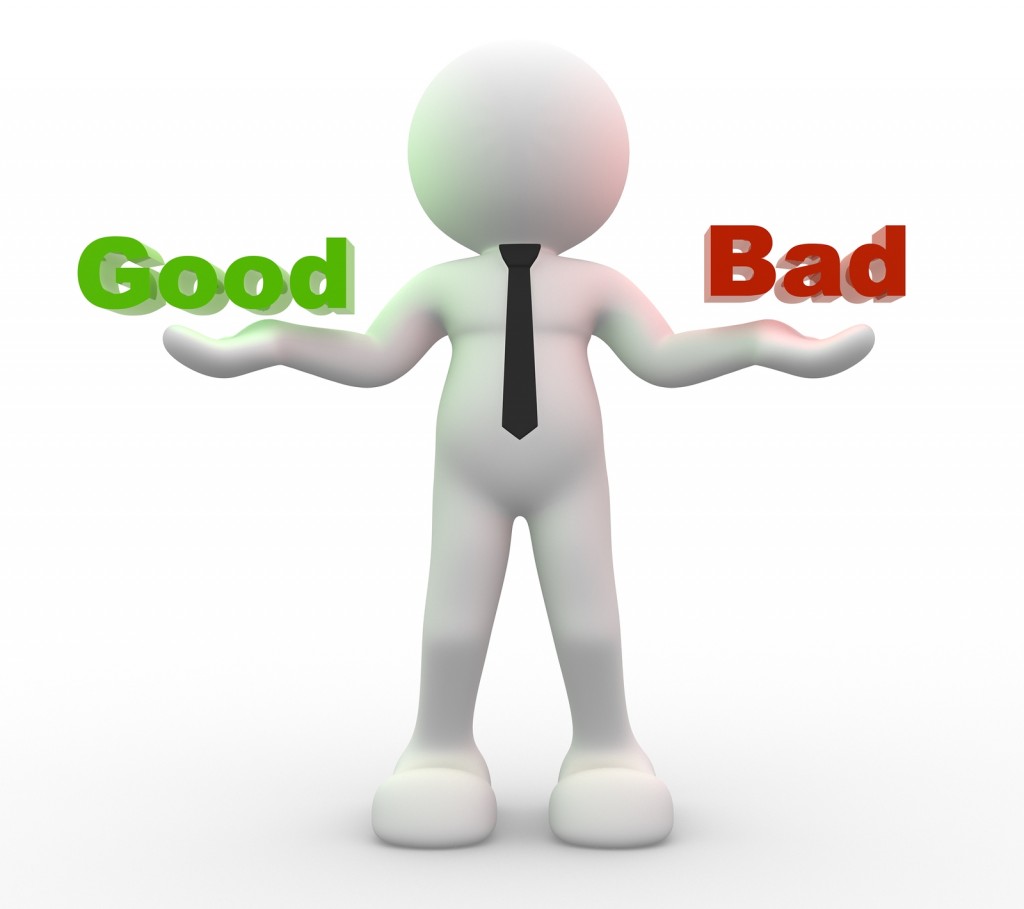 The Bible says that man is inherently bad, and the only remedy is from God.

These are diametrically opposed systems of thinking, and one brilliant way in which Satan deceives the world. I’d argue it’s among his most effective strategies.

Now that I’ve got that off of my chest (it’s been there for a while), let’s slow this thought process down and dissect it a bit for the sake of clarity. Let’s begin with the idea that man is inherently good. Think about how many times you’ve heard people suggest that deep down all people are ‘good’. The theory is widely accepted, certainly portrayed by Hollywood, that people are somehow at odds within themselves, fighting their so-called “demons”, as if to say that their inner goodness just needs to be saved from whatever it is that is pressing it down. The proposition supposes phantom evils exist as the suppressors of human goodness. People are portrayed as “damsels in distress”, tied to railroad tracks by external forces. The world has fostered this entire system of thinking by calling many of these phantom evils “diseases” or “disorders”.

Have you ever asked yourself why, as the world spirals away from Christ, there is an increasing number of so-called “diseases” and “disorders”? Could it be that they are fundamental to upholding the lie that all men are born inherently good?

Behold, I was brought forth in iniquity, And in sin my mother conceived me. — Psalms 51:5

For all have sinned and fall short of the glory of God. — Romans 3:23

Therefore, just as through one man sin entered into the world, and death through sin, and so death spread to all men, because all sinned. — Romans 5:12 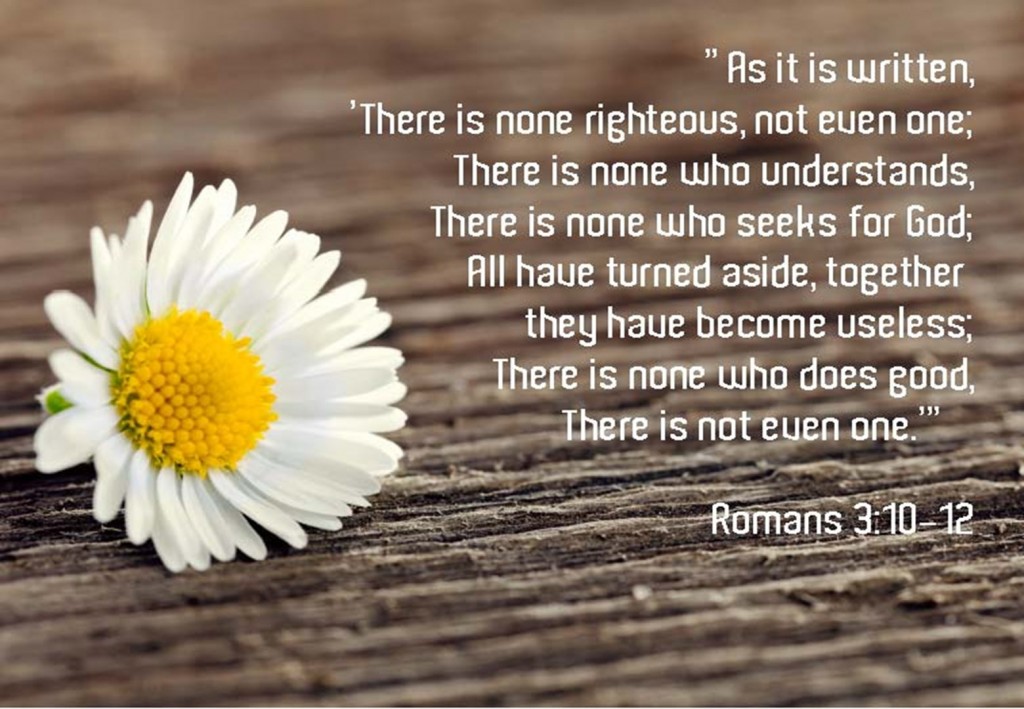 I guess that blows the aforementioned theory out of the water, doesn’t it? Either you believe the Word of God or you don’t. If you do, then the irrefutable fact is that we are all born sinners. As the Lord, Himself, says, “the intent of man’s heart is evil from his youth” (Genesis 8:21). The Bible clearly tells us that we are born spiritually dead, incapable of bearing the same fruit that the Holy Spirit does in a person who is reborn in Christ, such as, “love, joy, peace, patience, kindness, goodness, faithfulness, gentleness, self-control” (Galatians 5:22-23). And not only is an unregenerate person incapable of bearing such fruit, they will indeed bear just the opposite!

For the flesh sets its desire against the Spirit, and the Spirit against the flesh; for these are in opposition to one another, so that you may not do the things that you please. — Galatians 5:17

And you were dead in your trespasses and sins, in which you formerly walked according to the course of this world, according to the prince of the power of the air, of the spirit that is now working in the sons of disobedience. Among them we too all formerly lived in the lusts of our flesh, indulging the desires of the flesh and of the mind, and were by nature children of wrath, even as the rest. — Ephesians 2:1-3

The disease is within man. He is born diseased. Let’s not buy the lie that disease from without is the real issue. That’s what Satan and the kingdom of darkness want us to believe more than anything. Why? Because it supposes God a liar.

Just suppose for a moment that Satan’s lie were true. Theoretically, man would be inherently good enough, able that is, to fulfill the law of righteousness. In other words, he’d be able to do what Jesus Christ alone has done. The conclusion, then, is as Paul stated, “for if righteousness comes through the Law, then Christ died needlessly” (Galatians 2:21). Oh, how Satan would love for every human being to cast off the Cross as frivolous.

Do you see it yet? Do you see the point of this blog? Let me state it clearly just in case you don’t. The world, and its father, the devil, who is the “father of lies” (John 8:44), wants mankind to believe himself inherently good, only plagued by the external pressures of disease, able to deliver himself by himself and for himself. If man believes this, he no longer has a need for the Savior.

Jesus said, “If you continue in My word, then you are truly disciples of Mine; and you will know the truth, and the truth will make you free” (John 8:31b-32). The truth is as the Bible states, “The heart is more deceitful than all else and is desperately sick” (Jeremiah 17:9). The fundamental truth about human beings is very simple – we are born diseased, especially spiritually, and no remedy exists other than being made new. “Therefore if anyone is in Christ, he is a new creature; the old things passed away; behold, new things have come” (2 Corinthians 5:17).

How convenient it is to Satan’s ploy to simply lie about man’s inherent condition. How accommodating this lie is to the human flesh, the very entity that despises the Spirit of Christ.

Every time I hear someone say those words, “Oh, but they’re a good person deep down,” I cringe a little. My immediate response is to wonder if they are saved, for without Christ, there’s no possible way they are “good”. Oh, they may cling to a morality of sorts, but they are not good, not by God’s definition. Either that’s true or Jesus, Himself, is a liar (ref. Luke 6:43). Are you prepared to suggest such a thing?

I think about when people make excuses for loved ones who constantly wreak havoc in their lives. They say things like, “Oh, they didn’t mean what they said, they were just having a bad day…they’re really a nice person.” My response is, “Oh, yes, they most certainly did mean what they said, they just lacked the self-control to contain it!” That may not be a popular response, but you know what? It’s the righteous one. “Let no unwholesome word proceed from your mouth, but only such a word as is good for edification according to the need of the moment, so that it will give grace to those who hear” (Ephesians 4:29). If a person says something damaging to another, can we just call it what it really is? In that moment, they revealed their flesh. “But no one can tame the tongue; it is a restless evil and full of deadly poison” (James 3:8).
​
For I know that nothing good dwells in me, that is, in my flesh; for the willing is present in me, but the doing of the good is not. — Romans 7:18

When someone opens their mouth and evil flies out, we are seeing the disease of the flesh. Let’s not blame something from without, even if it has a snazzy medical term tied to it, for that is sidestepping the truth, that a person controlled by the flesh is going to produce fleshly thoughts and say/do fleshly things that aren’t righteous at all. In fact, this person will say/do evil every single time. Some so-called “disease” or “disorder” from without doesn’t make them do it. The sooner a person realizes this, the quicker they are in seeking the real remedy to the real disease.

Contrary to the lie peddled by the world, man is not born inherently good, corrupted from without, being kept from his true benevolent self. That is a lie meant to undermine the Cross. The fact is that every person ever born was born inherently bad (except Jesus). The only viable remedy is being born again and saved. That is how our Great Physician has healed us.

And hearing this, Jesus *said to them, “It is not those who are healthy who need a physician, but those who are sick; I did not come to call the righteous, but sinners.” — Mark 2:17 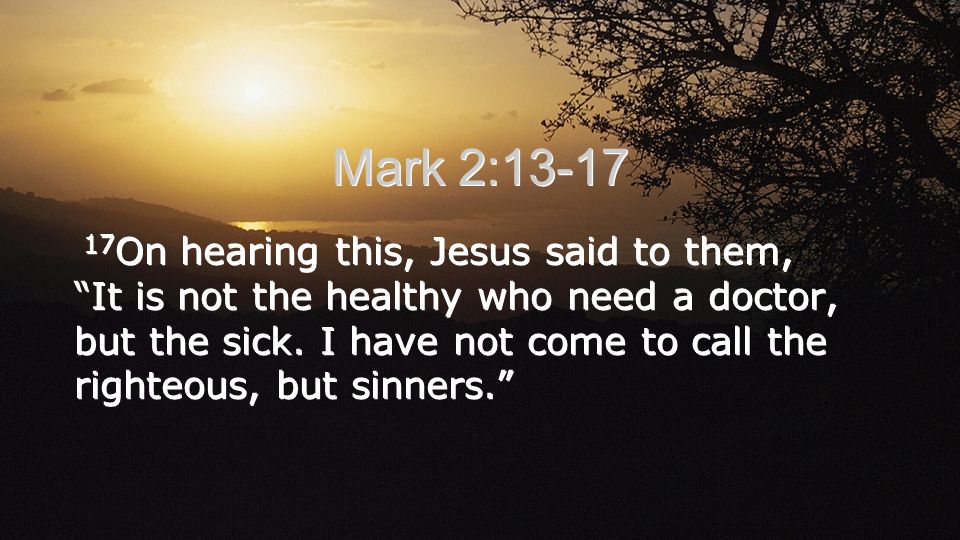 If you love others, be honest with them. Turn them towards the Light, and do so in the presence of Holy Scripture. Carry your Bible, or load a Bible app on your cell phone…whatever it takes, as Paul would say (1 Corinthians 9:22). And learn to sniff out the ungodly aroma of self-righteousness in those who believe they were born good. They weren’t – none of us were.

Therefore do not be partakers with them; for you were formerly darkness, but now you are Light in the Lord; walk as children of Light (for the fruit of the Light consists in all goodness and righteousness and truth), trying to learn what is pleasing to the Lord. Do not participate in the unfruitful deeds of darkness, but instead even expose them.