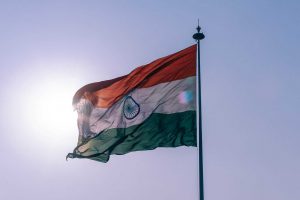 NEW DELHI – A pastor and seven others putting relief packets together for the poor were assaulted by police who arrested them on a baseless allegation of gathering too many for worship amid the coronavirus lockdown in India, sources said.

Pastor Ramesh Kumar, 32, along with Christians Shri Chand, Rakesh Kumar and Mohit Kumar, were preparing aid packets on April 25 for distribution to the poor in Kakrahia village, near Kotiya, Kaushambi District, Uttar Pradesh state, when police stormed in and detained them and four others helping them, the pastor said.

“Before they detained us, the policemen used vulgar language and beat me, Rajendra and Rakesh with clubs,” Pastor Kumar told Morning Star News. “Rakesh sustained an injury on his hand and developed swelling because of the beating.”

Police accused them of violating the lockdown with a worship meeting, and officers ignored the pastor’s plea to speak with the village head, who could explain that it was not a worship service, he said. India’s prime minister recently called on people to help feed poor families during the coronavirus lockdown, and the pastor told officers they were trying to answer that call.

Police were reportedly acting on a complaint by Aneet Shukla, Manoj Dwivedi and Abhishek Dwivedi. Officers later booked the eight men under the Indian Penal Code Section 269 for “negligent acts likely to spread infection of disease dangerous to life” and “disobedience to order duly promulgated by public servant,” Section 188.

Pastor Kumar appealed to the policemen to release the three sons of the homeowner and their cousin, all residents of the house and not church members, but officers arrested all eight of them, he said.

At the Sarai Akil police station, police threatened them with more beatings if they did not cooperate, he said, adding that an officer interrogated him with questions such as: “Where does the money come from to lure people to convert?” “From which country do you get foreign funds?” “From where did you buy the relief material, and where did you get the money to buy the relief material?”

He told the officer that eight to 10 families from his church decided to pool small amounts of cash for the aid, with some giving in-kind donations of grain from their homes.

“The police officer persisted with the allegation that I receive funds from abroad and convert people by paying them huge monetary sums,” he said.

Pastor Kumar told the officer he could check his bank account for any transfer of foreign funds. Officers refused to listen to the Christians’ protests until the Kotiya village head, identified only as Kallu, reached the police station.

“I told the station-in-charge that Ramesh and the others were not socializing but were there to pack relief packets to distribute to the nomadic community,” Kallu told Morning Star News. “What more could I do? Sadly, the poor men are suffering for doing good, and the relief material is still lying in the house, undistributed.”

The Christians had obtained permission from Kakrahia village head Hemkaran Singh to undertake the distribution to the village’s “nomadic” destitute who rely on alms they collect by going door-to-door to survive, the pastor said.

Only after Kallu signed a statement did police let the Christians go, Pastor Kumar said. He said they were clearly informed that no charges would be filed against them – and that their motorbikes would remain confiscated and returned only after court directives – but the next day, they learned police had registered a case against them.

“When I called the police station the next day, we were shocked to know that a case has been registered against us,” Pastor Kumar told Morning Star News. “The policeman on the phone said that there is a lot of pressure from the authorities to file a complaint against us.”

The station officer of the Sarai Akil police station confirmed the arrest of the eight Christians, claiming “10 to 12 people were found praying inside a room.” Asked if officers found relief materials, the officer told Morning Star News, “We have nothing to do with the relief that they were intending to distribute. We had information that they had gathered and were praying, and we reached the spot and arrested them.”

He emphasized the investigation was still in process and no charge sheet had been filed yet. The superintendent of police of Kaushambi District was unavailable, but a spokesman told Morning Star News that the investigation would be fair. Pastor Kumar said that all those present took social distancing measures while preparing the relief items, covering their faces with cloths in the absence of masks.

Kakrahia village head Singh, a Hindu, told Morning Star News that he was impressed with the pastor’s dedication to the poor, and that the group needed no permission from police. The local Member of Legislative Assembly, as well as a Member of Parliament, had earlier distributed food packets without objection, he said. “This is something that others did and had no trouble,” Singh told Morning Star News. “I never knew Ramesh Kumar would get into such big trouble for doing relief work.”

A local newspaper published false information about the case, the pastor said.

Pastor Kumar said that the media report was false and designed to frame the Christians, with police working hand-in-glove with Hindu extremists. “The police took pictures of the room where relief material was kept, and the newspaper did not publish any picture, knowing fully well that their claim would be falsified,” Pastor Kumar said.

The Kotiya village head, Kallu, a Hindu, told Morning Star News that Pastor Kumar has not conducted church services since the lockdown. “Ramesh has been conducting church in Jagjeevan Lal’s house for three years, and the last time they gathered for worship was on March 21, prior to the lockdown,” he said. “Since then, they have not gathered.”

The pastor is a good man who, being poor himself, wanted to gather help for the vulnerable community members who rely on alms-giving, he said. “He has done distribution of essentials in my village in the past, and thus I know him,” Kallu said.

Persecution Relief founder Shibu Thomas, who helped Pastor Kumar after the arrests, called the police raid part of a conspiracy. “The police have wrongly arrested the Christians at the complaint of a few religious fanatics who wanted to intentionally frame the Christians,” Thomas said.

The harassment is typical of mistreatment of Christians in Uttar Pradesh state, which has been the most hostile state against Christians for three years, he said. Persecution Relief documented more than 45 cases of hostilities against Christians in the first three months of the year, on track to far surpass the 109 cases recorded in all of 2019, he said.

“Strict measures must be taken by the chief minister of the state, and they need to instruct the police to act based on facts and not go by the pressure of fanatics,” Thomas said.

Pastor Kumar said he was concerned that he still has not received a copy of the First Information Report and fears that he may be arrested at any time. “I do not know what my family will do if I am arrested,” he said. “I fear for my wife and my five minor children. My parents who are old and live with me, I am their only child and they are completely dependent on me.”

He put his faith in Christ in 2004 and has been pastoring since 2011. “I look to Him for deliverance from this,” he said. The U.S. Commission on International Religious Freedom on April 28 urged the U.S. State Department to add India as a “Country of Particular Concern” to its list of nations with poor records of protecting religious freedom.

India is ranked 10th on Christian support organization Open Doors’ 2020 World Watch List of the countries where it is most difficult to be a Christian. The country was 31st in 2013, but its position has worsened since Narendra Modi of the Bharatiya Janata Party came to power in 2014.