(CNSNews.com) – Brown University will no longer purchase tampons and other sanitary products from a company called Tampon Tribe, after Native American students complained.

For the past year, the university has supplied the sanitary products for free, in men’s, women’s and gender-inclusive restrooms across campus, except for dormitories.

“Project Tampon,” as the initiative is called, arises from the notion that those products “are not luxuries, they are necessities” — sometimes for transgender men as well as for women. 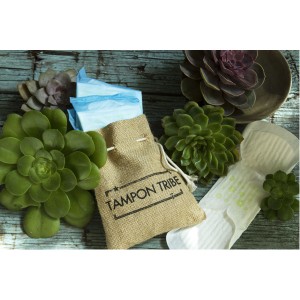 But according to the Brown Daily Herald, “Project Tampon” is changing vendors after students raised concerns over Tampon Tribe’s “name and branding.”

Chelse-Amoy Steele ’18, the Council president, announced the change just 12 hours after she named “Tampon Tribe” as the supplier in a different email, the Herald reported:

Steele, who worked on finding a new tampon supplier over the summer with UCS Vice President Naveen Srinivasan ’19, said that “there were some students who were particularly concerned, especially coming from the Native community at Brown, about not only the name (of Tampon Tribe), but some of the branding as well.”

Steele said that a few students from the community reached out with issues, and the intensity of their concerns pushed Steele and Srinivasan to act. “Individual students who told us they were indigenous and Native Americans (said) that this was something that affected them really deeply, and so we knew this was something we had to respond to immediately,” she told The Herald.

“The name itself really led them to have a lot of concerns about us working with a company that could be appropriating cultures.”