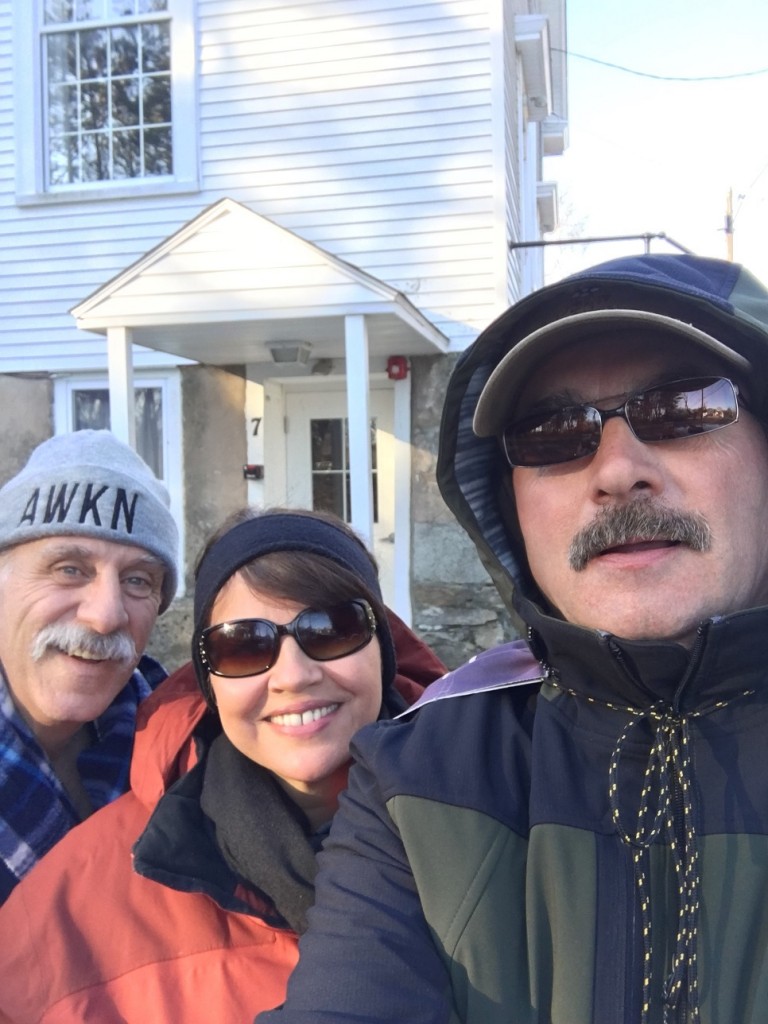 The fruit of the miles of prayers, only time in Heaven will show. – Dotty Ellingwood

The borders of Rhode Island are protected; not by the military or brick walls but by something invisible, yet powerful, prayer.

On Wednesday, March 16th Pastor Ellingwood along with his wife Dotty and a few others completed a sixteen-day prayer walk around the border of Rhode Island.  They marched out of obedience to God.

I asked Pastor Ellingwood how the prayer walk began.

As I was in prayer one morning, God gave me 2 Kings 3:16: ‘And he said, “Thus says the LORD, ‘I will make this dry streambed full of pools.’ God wanted me to touch every county in Rhode Island beginning with the border. The Lord impressed upon my heart that we are not to put walls up but to dig ditches so that God can fill them with living water.

I was captivated by this man’s humble attitude as he shared.

We are to take a servant’s attitude as the children of God. Kingdom mindedness seems to be lacking in our churches today. The “our four and no more.” mindset is ruining the churches.

Churches separate the sheep. God wants the churches to come together. How that is going to come together, that is way beyond all I can do. The prayer walk is the starting point. I want to be obedient to what God has called me to do. I’m here to facilitate His glory.

His wife Dotty joined him every step of the way.  They co-pastor at Rhode Island Genesis Church in Coventry, RI.

The Lord saved George  30 years ago.  He grew up in Scituate, RI and lived in the village of Hope where he attended a Catholic church. While playing basketball for CCRI, he began taking drugs.

He desired to get on the right path, so he gave the Air Force a chance. He met Dotty on his first tour at a military chapel in Japan.  They married at the Embassy in Tokyo.  After finding out that their first child was on the way, George knew that he had to get back to church.

George and Dotty returned to the United States and moved to Maine. There they started a campground. George recalls:

Being young in the Lord with zeal we said: “let’s do it.” We encountered too much opposition because we were not from Maine. We left within a year.

George went back into the Air Force as Air Traffic Controller and also served in the Air National Guard.

I tried to come back to RI numerous times. God wanted me in other places to get more learning and teaching from Godly men and women. He wanted them to pour into my life.

Nine years ago, God brought him back to RI. 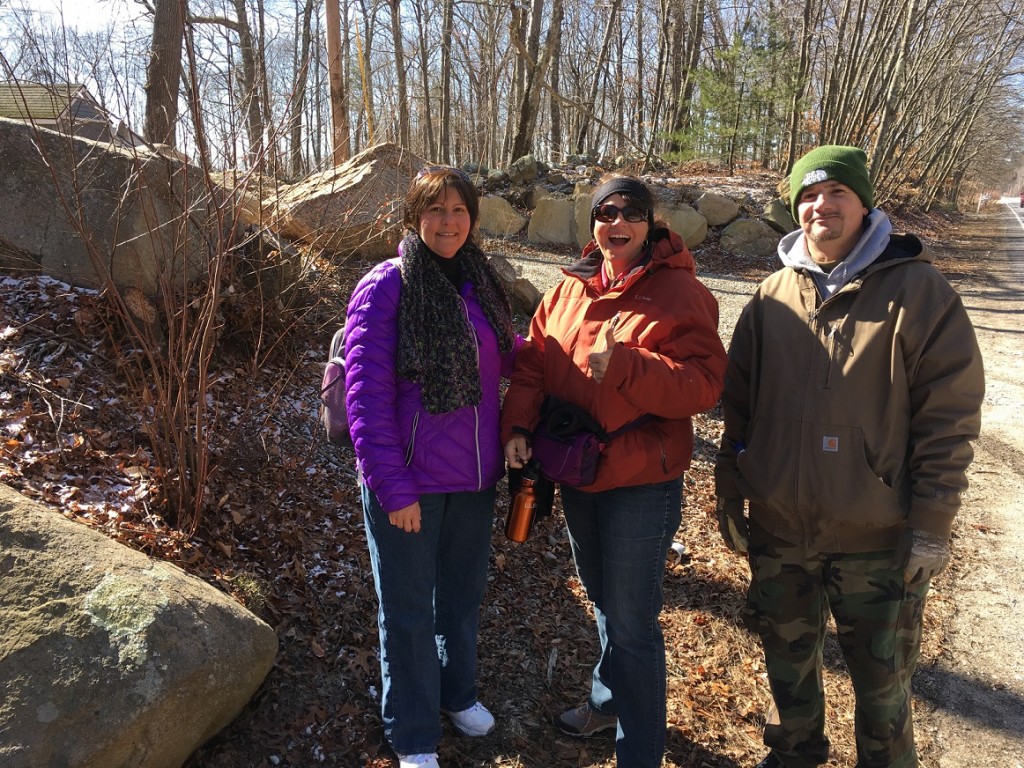 Cheryl Russel of Pray RI with Dotty and Scott Pierson

God wanted me to bring back a message of reconciliation and to plant a church. I had been in several ministry positions, but I had never planted a church. I was not ordained at the time.

Through the spiritual parenting of Dave and Maureen Woodcock, George and Dotty were ordained by Genesis Network in May of 2009.  Soon after they planted the RI Genesis Church in Coventry RI and Dotty and George continued to minister together.

Dotty was eager to share her experiences from the prayer walk.

We marched during torrential downpours, sunny days and the cold.  We prayed over our feet. At times we did not pray, we just listened to God as He told us to keep our eyes on the ground. I remember the debris. It was everywhere.  I began to weep and cry because of beer bottles and cigarette packs. Each piece of trash represented a person that was in bondage. God began to show me the bondage of people and their need to be set free. We found an entire trash can; we took the time to pray over it because each piece of rubbish represents someone who is broken.  It still chokes me up. 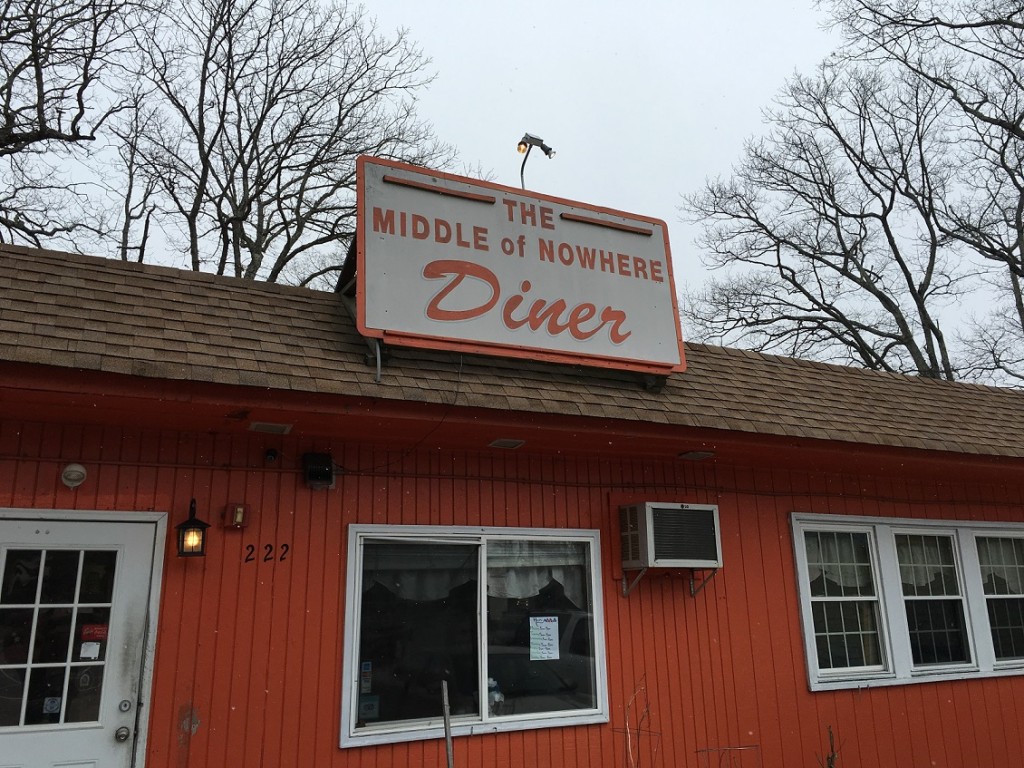 Dotty recalls that many people were excited and thankful:

We also stopped at the fire stations and police stations and let them know what we were doing. Some police and fire appreciated us and let us pray on the spot.

Dotty’s passion for people and God is evident. The Lord impressed upon her heart the importance of praying through Rhode Island. 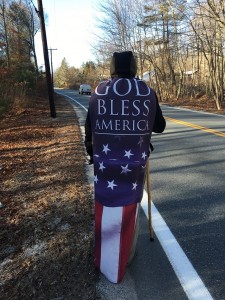 As goes Rhode Island, so goes the nation.

These words echoed in her head as she walked side by side with her husband and a few others.

I asked Pastor Ellingwood what else he would like us to know:

You’ve got to get out of the four walls of the church.  When I got out of the four walls, I was able to minister. I want to promote people to get out into the marketplace to get the gospel out there.  Prayer walking is a model.  We see people healed and filled with the Holy Spirit because we took the time to put ourselves out there. Make the most of it. It is about evangelism.

Such a time as this! What a great 150 miles of prayer and divine appointments! I know the fruit of these prayers are worth every mile we walked and then some! Thank you to all that walked with us when you could and all the others that walked with us in prayer at your work and homes! Prayer and action is the ONLY thing that will heal our land! He is so very faithful!

George and Dotty plan to prayer walk every street in Coventry next and after that, Kent County. They would love for you to join them.

If you or your church would like to participate in the prayer walk through the entire state, you can contact them at info@rigchurch.com or stop by the church for a visit. RI Genesis Church of 81 Sandy Bottom Lane, Coventry RI. Learn more at www.rigchurch.com.