Redefining marriage in the courts may not have been difficult, but persuading Americans to accept it is another story entirely. Their supporters may be cheering the Supreme Court now, but those five black-robed lawyers may also be responsible for something else: America’s spiritual revival. In church after church, the story is the same — pastors preaching powerful sermons on God’s design for marriage and urging their congregations to accept no substitutes.

If what’s happening in the pews of America is any indication, the Supreme Court didn’t weaken people’s resolve — it strengthened it. And if liberals truly believe that evangelicals are the “only cultural holdouts” on marriage, they’re about to find out how wrong they are. Across denominations, ethnicities, and political parties, there’s a growing outrage over the Court’s presumption — and the President’s betrayal. 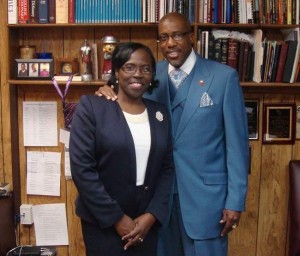 In African-American churches, the White House’s anti-marriage campaign is particularly infuriating. “Ask me if I regret it,” Daryl Fisher told a Los Angeles Times reporter about voting for Obama. “I do. If I could take it back, I would — on this issue alone. We expect him to rule this nation based on the beliefs in this book,” he said holding up the Bible. Like most of the congregation at Mt. Hebron Missionary Baptist Church, he was appalled by the President’s rainbow light show on the people’s house. “It’s painful as a Christian,” Fisher shook his head, “to see the leadership — our President — has not taken God into consideration.”

They also resent the fact that this White House continues to link marriage to the civil rights debate. There is “no connection whatsoever,” Fisher pointed out. Others, like church administrator Sylvia Sims, says she used to be a straight-ticket Democratic voter. Not anymore. “It’s going to make us more diligent as Christian voters,” the group agreed. “[We’ll have] to know where you stand on this issue.” Unfortunately, Sims explains, the church has no one to blame but itself for the culture’s decline. “We should have spoken up sooner.” But, like a growing number of congregations, they’re speaking up now. “We stand now joined with a unified voice as watchmen on the wall of history,” Rev. Miller made clear, “to call for a redirection and recommitment to Christian virtues and Christian morals.”

Unified is right. From Catholic parishes to Jewish synagogues, the faith community is showing liberals what true diversity looks like. In Brentwood, Tennessee, Pastor Mike Easley isn’t known for wading into politics. But yesterday, he preached from Genesis 19 and said that if lawsuits come for their views on sexuality and marriage — so be it. The people in the pews stood up in thunderous applause.

In Tyler, Texas, the local diocese was put on notice: no Catholic facility or employee of the church would participate “in any way” in same-sex marriage. Bishop Joseph Strickland left no doubt where he stands after a Supreme Court ruling that he calls “unjust and immoral.” It is our “duty,” he informed his parishes, “to clearly and emphatically oppose it… In spite of the decision by the Supreme Court, there are absolutely no grounds for considering unions between two persons of the same sex to be in any way similar to God’s plan for marriage and the family.”