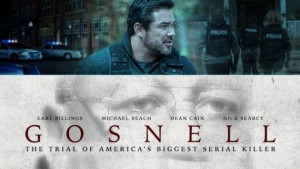 The makers of a pro-life movie that is making waves at the box office say Facebook has blocked ads that promote the movie. “Gosnell: The Trial of America’s Biggest Serial Killer” is a movie about the infamous Philadelphia abortionist Kermit Gosnell, who was originally charged with 33 counts of illegal late-term abortions, and was convicted of first-degree murder.

The movie, however, doesn’t have the backing of a major Hollywood studio, which means the budget for advertising is extremely limited. As a result, the producer is trying to publicize the movie as much as possible.

However, Phelim McAleer, who serves as producer for the pro-life movie, told the Federalist’s Rich Cromwell in early October that Facebook had blocked his attempts to advertise on the social media platform.

Facebook generally allows users of an official page to pay for posts to be “boosted” or “promoted.” However, McAleer said the company didn’t allow the filmmakers to promote their posts. The social media giant said the reason was that the page wasn’t “verified,” according to Cromwell.

McAleer told Cromwell: “Facebook is censoring this story and destroying our attempts to get the news about this film out to the public. Facebook is essentially silencing these children and women whom Gosnell murdered.” He went on to say that this is the type of content that journalists should be covering, but Facebook is “putting their thumb on the scale because they do not like the content.”

McAller noted that the advertising problem was just another hurdle that the movie’s producers have had to face in making this film. “The Silicon (Valley) establishment do not want this story to be told,” he told Comwell.

Because of the lack of funding from a major movie studio, the project had to be crowdfunded. However, McAller said that, “Kickstarter refused to let us crowdfund to fund the film.” In addition, NPR refused to let the filmmakers advertise on the taxpayer-funded network. “We are journalists and filmmakers and this is an incredible story,” McAleer added.

“I’ve spent 25 years as an investigative journalist and this is one of the biggest stories I’ve ever worked on and it went largely unreported. This is a true story that was not reported on by the mainstream media in a meaningful way.”

McAleer told Cromwell that he wanted to tell the story of the “real victims” and wants to “shine a light on the crimes of Gosnell.”

“We want to tell the truth,” he said, “because it is extremely important that people have the facts before they make a decision ‒ especially with so many partisan journalists believing they are part of a political movement, not reporting the facts as they are supposed to do.”