SCOTTSDALE, Ariz. — Pure Flix Digital, the leading streaming video service for faith and family friendly movies, is expanding its original content offerings for consumers with the addition of the heartwarming “Until Forever” movie now showing on PureFlix.com. 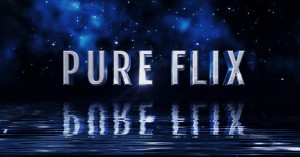 The company has the exclusive streaming rights to the movie, so PureFlix.com will be the only place to watch it online for the next six months. Plans are also underway to add more exclusive, original content during 2016, including several major Pure Flix theatrical releases.

The service currently streams more than 3,500 titles, including movies, documentaries, educational programs, TV shows and more, including exclusive streams of “Do You Believe?” and “Faith of Our Fathers.” Content can be viewed virtually anytime, anywhere on smartphones, laptops, tablets and most televisions.

“The addition of ‘Until Forever’ is a major accomplishment for PureFlix.com as we continue to grow the platform by providing quality, faith and family friendly content,” said Pure Flix Digital CEO Greg Gudorf. “Movies like this are exactly what we are looking for and we’re confident our audience will embrace it as much as we have.”

“Until Forever” (from Vision Video/Gateway Films and Linn Productions) is based on the true story of Michael (played by Stephen Anthony Bailey) and Michelle Boyum (Madison Lawlor), a young Minnesota couple who rely on their faith for strength and endurance when Michael is diagnosed with a rare form of leukemia.

What makes the movie special is how it portrays the power of faith; even when Michael’s condition worsens, he finds the time to care for his brother (who is battling depression) and help a cynical non-believer, who he meets in the hospital.

“It’s a wonderful story about love, leukemia and loss that struck a chord with a lot of people,” said Producer Carolyn Linn. “The reaction in the local areas where it was shot and initially shown [Minnesota, South Dakota] was overwhelmingly positive.”