SCOTTSDALE, Ariz.. – As the school year kicks into gear, PureFlix.com, a leader in the faith and family streaming video space, is starting an initiative designed to complement the efforts of families who are homeschooling their children.

Parents can sign-up on the PureFlix.com homeschool page for a free, four-week curriculum support tool kit and get access to thousands of documentaries and titles on science, history, Biblical stories, animals, government and more in the company’s growing video library. Every week for a month, suggested titles will be e-mailed to subscribers to the program. 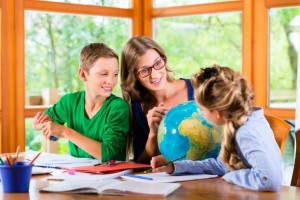 Some of the more popular titles on the platform include “Drive-Thru History,” “Our Fascinating Universe,” “Ancient Culture,” and “3-2-1 Penguins” and “Friends and Heroes.” Singular titles as well as episodic series are available in several categories. In the Kids category, for example, titles are broken into several age-appropriate segments.

“For the past six months, we’ve listened to what homeschool families have told us about the support they need to enhance their homeschooling efforts,” said Greg Gudorf, CEO of Pure Flix Digital. “Based on that feedback, we decided to launch this initiative and use our videos to help them and their children.”

“We strongly support Pure Flix in their efforts to assist families with healthy media choices,” said Tim Lambert, president of the Texas Home School Coalition (THSC). “Putting parents in charge of creative ways to enhance and enrich their children’s education is a critical component in today’s confused culture.”

According to recent statistics, the number of children being homeschooled is booming. The National Center for Educational Statistics estimates that 1.8 million children in the 5-17 age bracket are being homeschooled in the U.S. and that between 2003-2012, the number increased by 61.8 percent (677,00 students). Homeschoolers represent 3.4 percent of all students between 5-17 years old. 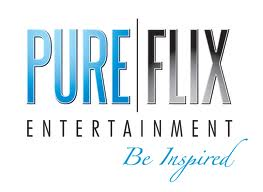 What’s driving the growth? According to consumer research conducted by Pure Flix at several recent homeschool conventions in Texas, Florida, Georgia and California, the reasons range from the need to emphasize a Christian worldview, to issues involving safety at schools, the Common Core curriculum, and the teaching of controversial topics.

“The growth has been phenomenal and shows no signs of slowing down,” said Gudorf. “The interesting thing is, not all states report how many homeschool students they have, so the numbers could be even larger than reported. We are pleased to be supporting homeschool parents via our PureFlix.com.