Read This before You Pop Another Big Pharma Antibiotic 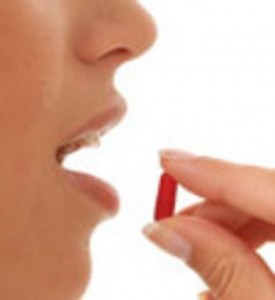 A study published by Mayo Clinic found that almost 70% of Americans are on at least one pharmaceutical; antibiotics top the list, followed by antidepressants, and opioid pain killers. This is a problem in of itself, as it the United States has transformed into a pill-popping, medication-dependent nation. What’s worse is that antibiotics in particular are doled out in copious, unnecessary amounts, so much so that bacteria are developing major resistance to this conventional treatment. This is now a potential danger of antibiotics, and a serious grand-scale side effect of antibiotic use.

Even the WHO is calling this resistance a global health crisis, and the Centers for Disease Control and Prevention says that the age of antibiotics must come to an end. That is the first (1) reason to avoid antibiotic use.

While antibiotics have helped greatly with modern medicine, it seems that we need to start looking for alternative solutions. Here are 9 more compelling reasons to just say no to antibiotics.

According to a 2011 article published by Fox News, a scientific link has been established between antibiotic use and colitis. Antibiotic-induced colitis is caused by the toxins exuded by the bacterium Clostridium difficile following antibiotic treatment. While the majority of other intestinal bacteria have been killed off by the antibiotic, Clostridium difficile grows rapidly and releases toxins that damage the intestinal wall.

In fact, Crohn’s disease which has spread epidemic like over the past 50 years parallels the introduction and widespread use of antibiotics. There’s even a theory postulated by a couple of German scientists that Crohn’s is actually the mutation created from normal gut bacteria by antibiotics.

A new study published in the journal Gastroenterology found that although all types of prescription drugs are linked to liver damage, antibiotics in particular were the worst offenders – the drug class most likely to cause serious harm to the liver. John Gever, Senior Editor of MedPage Today reported one researcher stating, “antimicrobial agents are the most common cause of drug-induced liver failure, with most cases ending in death or transplant.”

One study found that those who had taken 6 or more antibiotic prescriptions had a 1.5 times greater risk of less common cancers compared with study participants who had the lowest antibiotic exposure.

Taking some antibiotics may slightly increase the risk of developing colon cancer, one study suggests. After controlling for known risk factors for colorectal cancer including obesity, diabetes, smoking, and alcohol, researchers found that those who had taken antibiotics, including penicillins, quinolones, and metronidazole, were 8 to 11% more likely to develop colorectal cancer.

Perhaps it is no accident that the same group with the highest incidence of so called AIDS (view the video: “House of Numbers“) is also the group that uses more antibiotics than any other group in America.

“Prominent ME/CFS researcher Kenny de Meirleir announced that he and his Belgian research team have uncovered a major cause of ME/CFS and a major underlying mechanism of the condition. According to Dr. de Meirleir, a major cause of ME/CFS is a high level of the chemical hydrogen sulfide (H2S). H2S can build up after antibiotic use, salmonella infection, or too much mercury exposure.”

Antibiotic use triggers the release of endotoxins (toxins produced within the body), which suppress the immune system. They destroy the “communication pathways between cells of the immune system”

In the book Beyond Antibiotics, authors use graphs to trace the incidence of the major infectious diseases from 1900 to 1973. All diseases researched were in decline for several decades before the introduction of antibiotics or vaccines. After reviewing the data, researchers John McKinlay and Sonja McKinlay concluded that “.. at most, 3.5% of the total decline in mortality since 1900 could be ascribed to medical measures introduced for the diseases considered here.” Improved nutrition and improved sanitation and hygiene were far more important than the ‘wonder drugs’ or vaccines to reduce these diseases.

However, since antibiotics are in fact creating unstoppable bacteria, they are now somewhat responsible.

Peter J. D’Adamo, ND, is a naturopathic physician and author known for his pioneering research on the interconnectedness of human blood groups, lifestyle, nutrition, and health.

“When you allow your body to go to war on its own terms, without antibiotic intervention, it develops not only a memory of specific antibodies to the current infection and any similar to it, but also the ability to fight more effectively the next time it is challenged or attacked.”

In other words, the “invaders” are getting stronger, but our immune systems are less prepared to handle them. Antibiotics suppress the immune system, as opposed to merely assisting it to do its job more effectively. In fact, antibiotics “cut off immune response.” They can reduce the level of infection, but they cannot eradicate it; only the immune system can do that.

Pharmaceuticals are a major cause of mitochondrial damage, including statin medications, analgesics such as acetaminophen, antibiotics, and many others. Structurally, mitochondria are essentially modified bacteria. Antibiotics indiscriminately target bacteria. Mitochondrial disorders commonly manifest as neurological disorders, for example, neuropathy.