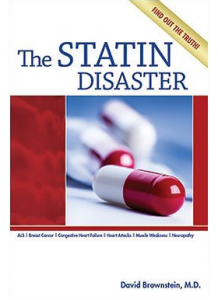 For well over 30 years, every medical student has been taught that high cholesterol levels are responsible for causing heart disease—the number one killer in the US. And, the public has been similarly educated that eating a low-fat diet (having less cholesterol) is the best way to avoid becoming a cardiac patient.

At my medical school graduation (nearly 30 years ago—oy vey!) the dean told us that we were trained with the latest medical information. He continued by stating that, unfortunately, over 50% of what was just taught to us was incorrect. He told us that it was our job to figure out what is fact and what is fiction.

Perhaps my dean would be proud of me as I have dedicated my professional career to determining what is right and what is wrong with medicine. Now I can state, without equivalence, that the cholesterol=heart disease hypothesis is terribly wrong. Keep in mind, I came to that conclusion many years ago after studying the literature.

A new commentary was just published in the September 2018 issue of The American Journal of Medicine (Vol. 131, N. 9, pages 993-4). The author presented the data from 29 major randomized controlled trials (RCTs) of the cholesterol=heart disease hypothesis since 2004. The reason he chose post 2004 studies is that trials before 2004 were tainted by scandals that led to new regulations.

I wrote the Statin Disaster to inform my patients that the cholesterol=heart disease hypothesis was not true. In that book I stated that statins, the most commonly used medications to lower cholesterol levels fail approximately 99% who take them. IMHO, the commentary in the American Journal of Medicine supports my view.

Statins are a failed drug class. They are fraught with side effects. They should be avoided.

What causes heart disease? Heart disease is caused by many factors including eating a poor diet, lack of exercise, smoking, as well as hormonal and nutritional imbalances.

I suggest working with a holistic health care provider in order to avoid becoming a cardiac patient.