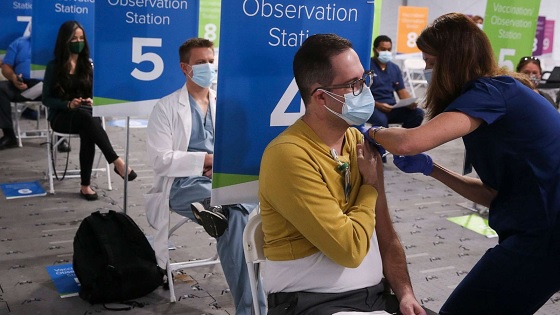 Instead of bringing an end to this pandemic as promised, the widespread rollout of the experimental vaccines has actually caused a sharp increase in Covid-19 cases and deaths across the world, according to a recently published preprint study that looked at data from the 145 of the most vaccinated countries in the world.

The 99-page study titled “Worldwide Bayesian Causal Impact Analysis of Vaccine Administration on Deaths and Cases Associated with COVID-19: A BigData Analysis of 145 Countries” found that in the US specifically, the jab has caused a whopping 38% more Covid cases per million – and an even more astonishing 31% increase in deaths per million.

The latest data from the British government shows a disturbing trend among the “fully vaccinated,” who are very clearly dying at a significantly higher rate than the unvaccinated.

According to the figures, there are 286 percent more deaths occurring now among people who got jabbed for the Wuhan coronavirus (Covid-19) compared to people who left their immune systems and DNA alone.

Upwards of one million people have suffered serious injuries or died so far from the shots. And this is a conservative estimate based on official government data, which is known to be underreported.

Several commenters at The New American further pointed out that the labeling of these deaths in the fully vaccinated as being from “covid” is a desperate attempt at deflecting from the truth that the jabs are the true cause.

“They have to label vaxx deaths as covid now … dismantling any argument about ‘effectiveness’ to keep from admitting the mystery gene amplifiers (not vaccines) are killing thousands,” one of them wrote.

Since the so-called “vaccines” either contain or cause the body to produce deadly, blood-clotting spike proteins, another suggested, it makes perfect sense that the jabs are killing people with “mystery” illnesses, often involving the heart.

“At present there is no vaccine available,” wrote someone else about how these jabs are not vaccines. “There never was since the beginning of this show.”

“The vaxx IS the virus,” responded another. “It comes in the form of deadly spike proteins that your body has been programmed to produce.” 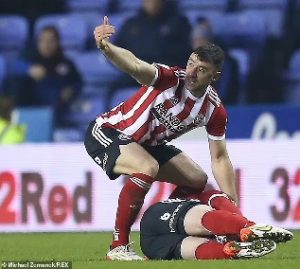 It is definitely not normal for so many mainly young athletes to suffer from cardiac arrests or to die while playing their sport, but this year it is happening. Many of these heart issues and deaths come shortly after they got a COVID vaccine. While it is possible this can happen to people who did not get a COVID vaccine, the sheer numbers clearly point to the only obvious cause.

So in response to their pronouncement, here is a non-exhaustive and continuously growing list of mainly young athletes who had major medical issues in 2021/2022 after receiving one or more COVID vaccines. Initially, many of these were not reported. We know that many people were told not to tell anyone about their adverse reactions and the media was not reporting them. They started happening and ramping up after the first COVID vaccinations. The mainstream media still are not reporting most, but sports news cannot ignore the fact that soccer players and other stars collapse in the middle of a game due to a sudden cardiac arrest. Many of those die – more than 50%.

We also note that many posts in Facebook, Instagram, Twitter, forums and news stories are being removed. So now we are receiving some messages saying there is no proof of the event or of vaccination status. That is partly because this information is being hidden.

With so many athletes dying in 2021 and 2022, the list has grown so large that many people have asked for a reverse sorted list, because they keep coming back to see new additions. We are working on a database that might allow various sorting criteria, but for now, it is managed manually. Today, we change the page to show the list with most recent first. Please be aware that each week, mainly thanks to readers, we discover new entries and additional information in previous months.

See also the Update Notes section near the end for previous updates.

See the rest of this report for the massive numbers—and names—of healthy, young athletes around the world who have died after receiving the Covid shots. It’s astonishing.

From celebrities to the unknowns, from men to women, from adults to children, these COVID experimental shots are the return of Nazi-style genocide.  Sadly, those taking it are either ignorant of history or worshiping scientism and its author.  The following is a list of those who have either died or suffered serious adverse effects following taking these experimental shots.

BRISBANE, QUEENSLAND — A 33-year-old woman chronicled her entire pregnancy on Instagram, eagerly anticipating the birth of her first child in October. Now she is the subject of the most heartbreaking story we’ve written in quite a while. And it’s all because she trusted the white coat gods.

CORNUBIA, QUEENSLAND — Just two-and-a-half years ago, the biggest concern for Ms. Chanelle Wilkinson was turning 30 years old. Now the self-described “South African living in Australia” is uncertain about her health and future because she listened to mainstream media and not her inner voice.

Ms. Wilkinson reported stiffness in her legs just 30 minutes after the second injection. But again, she went back to work as if everything was fine. The situation quickly escalated at work. Leg stiffness morphed into uncontrollable, full-body convulsions. Paramedics arrived and performed an electrocardiogram (ECG) and a blood sugar test. She was transported to the hospital, where she received a crash course in Great Reset medicine.

Doctors placed Ms. Wilkinson in a wheelchair and left her alone for six hours, while she convulsed uncontrollably. It wasn’t until her boss called the hospital that medical personnel finally acknowledged her presence. Doctors diagnosed Ms. Wilkinson with a “post-vaccine injury,” prescribed valium and discharged her. A general practitioner prescribed more valium the next day and referred Ms. Wilkinson to a neurologist.

In the meantime, she’s been seeing a naturopathic doctor, whom she says has helped mitigate the symptoms. Ms. Wilkinson posted several videos on Instagram of her new normal.

FARR WEST, UTAH — A 22-year-old newlywed, Mormon and college student was living a charmed life of travel, love, God and youth. That is until she succumbed to dystopian mandates that likely changed her life forever.

Governor Jay Inslee is the generic brand of Gavin Newsom. Inslee announced last week that Washington state will provide 800,000 free at-home COVID tests, free masks for everyone in the state, and booster shots more widely-available. Meanwhile the University of Washington announced its “vaccine mandate” for both students and faculty on January 6, 2021. We pick up the story of Mrs. Taylor from here.

She received her first Moderna mRNA injection April 16, according to her Instagram page. Mrs. Taylor posted a video, along with a written summary of said video, on April 27. The first three sentences twice say that she is not trying to discourage anyone from receiving the injections. Those sentences also emphasize that she is “not anti vacc.”

Mrs. Taylor reported heavy vaginal bleeding that began eight hours after the injection and persisted to that day. She is on birth control and hadn’t had a period for nine months prior to that. Mrs. Taylor reported suffering from blood clots prior to receiving the injection. Of course, blood clots are very common adverse reactions to the mRNA and viral vector DNA injections. She also suffered from “crazy uterine and stomach pain” that is beyond anything she ever felt from routine menstrual cycles.

Mrs. Taylor voiced concern for her ability to procreate, and that she may develop cancer based on all the tests run by doctors. She also got the reality check that all vaxxed people get when they go to the same doctors pushing the injections. “I thought I was crazy,” she said, after doctors refused to believe that the mRNA injection caused all of Mrs. Taylor’s problems. She “googled” her post-injection condition and cited several mainstream media sources that confirmed her condition was caused by the injection.

“I wish I had known about this” prior to receiving the injection, she said.

Rafael Silva is a television presenter for Jornal das 7/TV Alterosa in Brazil. He is also the consummate vaxx and mask zealot, almost to the point of insanity. Mr. Silva received his first injection on July 30. It’s unclear which brand he received. However it is clear that it doesn’t matter what brand it is. The caption says everything you need to know about his loyalty to big pharma. 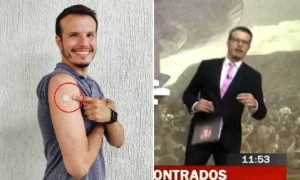 “I don’t really know how to explain what I felt. I cried, I cried a lot of joy for having the possibility of being vaccinated. At the same time a feeling of sadness for more than 550 thousand people who didn’t have that chance. Take care, keep wearing a mask. Long live the Vaccine.”

Mr. Silva, 36, received his second injection on August 28. He thanked God “for the opportunity.”

He received his booster shot on December 28. The caption translation is as follows:

“Long live the third dose. I’m sorry for the people who didn’t have that opportunity. Vaccines save lives.”

Mr. Silva was in mid-sentence during a live broadcast on January 3, when he suddenly lost consciousness and collapsed to the floor. The station cut the footage right before the very-loud thud when Mr. Silva struck the floor. It was reported that he was in stable condition later that day.

Brazilian online newspaper Metrópoles reported that Mr. Silva was taken to Humanitas Hospital. But he suffered five more cardiac arrests in the ambulance. Mr. Silva has since locked his Twitter account so only verified followers can see his Tweets. There are no further updates.

Read the full report for more.

The facts are in, and there is no denying it: Corporate medicine, the corporate news media, the corporate social media, corporate politicians and corporate religion are LYING to us. The Covid shots are NOT “safe and effective.” They are dangerous and deadly.

One wouldn’t be hyperbolic at all to call the Covid shot “a kill shot.”

As sure as there is a God in Heaven, there will be hell to pay for the planners, perpetrators, promoters and pawns of this homicidal medical tyranny. And it can’t come too soon.