Have you ever thought about the difficulties of communication? It was interesting last month to watch my girls play with a friend’s children who hardly spoke any English. They found ways to play together in spite of the language barrier.

In advertising, communicating with a target market means more than tossing out catchy slogans. A few companies learned this the hard way when they tried to translate their catchy English slogans directly into Spanish. Braniff beckoned its passengers to “Fly in Leather,” and Eastern Airlines proclaimed that “We Earn Our Wings Daily.” Both of these now-defunct airlines were terribly mistaken. A Spanish speaker would think Braniff was asking its riders to “Fly Naked,” and a Spanish translation of the Eastern slogan evoked a final destination in heaven, following death.

A few classic marketing blunders: General Motors discovered too late that “Nova” literally means “Doesn’t go” in Spanish. Coors encouraged its English-speaking customers to “Turn It Loose,” but the phrase in Spanish meant “Suffer from Diarrhea.” Budweiser’s “King of Beers” becomes “Queen of Beers” in Spanish because the Spanish word for beer, “cerveza,” has a feminine ending. 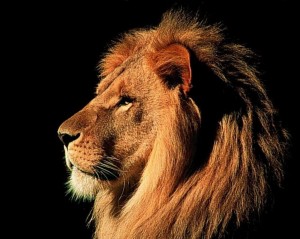 If you could miraculously become a mouse, that would be the most effective way to do this, or if you could find a mouse and develop his capabilities to communicate with you and then he could translate into mouse language what you wanted to say. And the more mice you could train and develop in this way, the more effectively you could communicate with all the mice on earth. That in short is what God has been about since the fall of man into sin. The fall created a communication barrier between us that was only finally resolved at the cross.

This ignorance is a result of modern culture. What has happened in the school house, tearing the Ten Commandments down from the wall has had a profound and devastating impact. Whether a child is a believer in Jesus Christ or not they were being exposed to God’s Law previously. For more than 50 years there has been no systematic exposure to God’s Law in our Land. The result is that we must begin with folks by teaching them about God’s Law as it relates to every area of life. Only then can they see what Scripture means when it says “For all have sinned and fallen short of the glory of God.”

People don’t like to be told they’ve fallen short; they don’t like to have sin pointed out to them. Therefore, they often react by lashing out at the messenger. They want to destroy the messenger of God’s Word as a way to stop the message which is convicting them of sin. To be effective representatives of God on earth we must be:

If you are a Christian today, God chose you to be His own. What a great honor. We have the noblest, honorable and eternally significant calling on earth, which is to be priests of the Most High God. 1 Peter 2:9 explains, “But ye are a chosen generation, a royal priesthood, an holy nation, a peculiar people; that ye should shew forth the praises of him who hath called you out of darkness into his marvelous light.” Permit me to ask you, if you are a Christian today, are you representing The Almighty? Have you shared the Gospel of the Lord Jesus Christ with your family, friends or co-workers? What is holding you back?