RIRTL Urges Support for H.R. 7, the No Taxpayer Funding for Abortion Act 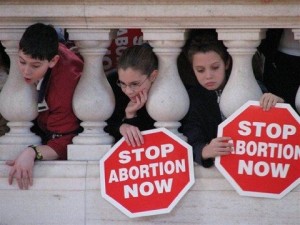 The No Taxpayer Funding for Abortion and Abortion Insurance Full Disclosure Act of 2017 (H.R. 7), sponsored by Congressman Chris Smith (R-NJ), would establish a permanent, government-wide prohibition on federal subsidies for abortion and for health plans that cover abortion (with narrow exceptions). This policy would apply both to longstanding federal programs and to the new programs created by the health care bill signed by President Obama in 2010 (“Obamacare”). The bill also would close certain loopholes that give tax-preferred status to abortion. The Senate companion bill is sponsored by Senator Roger Wicker (R-Ms.).

Rhode Island Right to Life strongly supports H.R. 7. Please urge your federal Representative to support this important pro-life legislation which will place in permanent law a consistent federal policy restricting the funding and promotion of abortion.