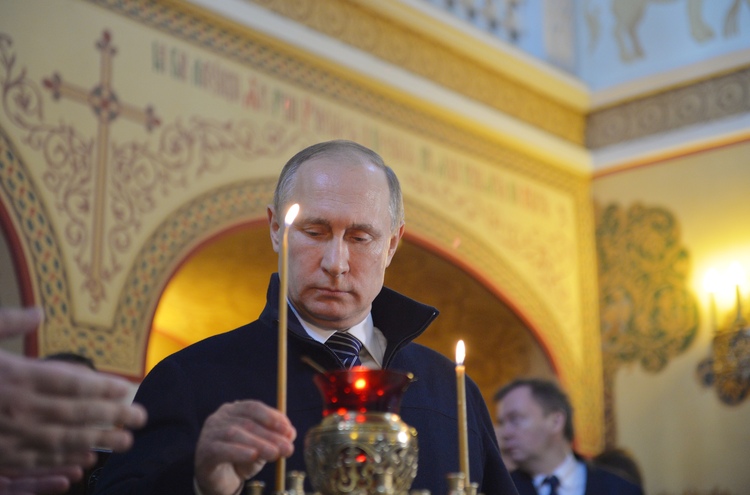 The Yarovaya Law passed the State Duma, one house of Russia’s parliament, on June 24. It would ban proselytizing, preaching, and praying outside “officially recognized religious institutions,” according to The New York Times.

Pentecostal Bishop Sergei Ryakhovsky and other religious leaders warned the law would violate citizens’ rights and contradict the constitution. Russia’s other parliamentary house, the Federation Council, passed the bill June 29, leaving its fate up to President Vladimir Putin.

Casual conversations and any sort of communication about religion outside church buildings would be considered “missionary activity” and punishable without prior government approval, Barnabas Fund reported. Forum 18 reported violators could be fined up to the equivalent of $780 per person, 20 times as much for organizations. Foreign violators could be deported.

“It looks like missionary activity would be off-limits to anybody but representatives of the registered organizations or groups or individuals who have entered into formal agreements with such bodies,” Joel Griffith, a spokesman for Slavic Gospel Association, told Mission Network News.

Concerned Christian leaders called for days of fasting and prayer as the Federation Council considered the bill, according to Barnabas Fund. Baptist and Pentecostal leaders, along with other religious minorities, wrote letters petitioning Putin.

“It is not possible to forbid believers to pray, to share with others their religious experiences, to quote lines of Scripture in conversation with people, or to perform certain religious rituals outside of religious buildings—or to prohibit them from doing it all in residential premises,” Ryakhovsky noted in his public letter to Putin on behalf of Protestant churches.

The proposed legislation surprised many religious groups. “Nobody expected this,” Mikhail Frolov, a Hare Krishna attorney, told Forum 18 in June. “The entry into force of this law would mean that the Russian political system has shifted ever further towards a totalitarian regime.”

“Russia’s 1997 religion law sets onerous registration procedures and empowers state officials to impede registration or obstruct the construction or rental of worship buildings,” USCIRF noted in its 2015 report. Although the Russian constitution protects the religious freedom of everyone and promises equal legal status for all faiths, in practice the Russian Orthodox Church is “especially favored.”

USCIRF warned the country’s “anti-extremism” law was the most significant threat to religious freedom.

Ryakhovsky’s organization also said requiring religious people to carry permits allowing them to share their faith or materials about their religion was “absurd and offensive,” according to Asia News. It compared the proposal to the repressive Soviet regime.

“Soviet history shows us how many people of different faiths have been persecuted for spreading the Word of God,” the letter said. “This law brings us back to a shameful past.”