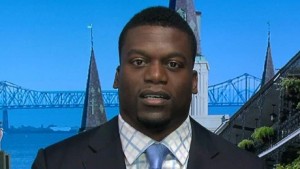 New Orleans Saints tight end Benjamin Watson shared his powerful thoughts following the NFL’s announcement that New England Patriots quarterback Tom Brady will be suspended for the first four games of the 2015 season for his knowledge of deflated footballs during the 2014 playoff game against the Indianapolis Colts.

“As a professional football player I’ve been monitoring the developments of what we have come to know as ‘Deflategate,'” Watson began a lengthy Facebook post addressing “DeflateGate” recently. “The secret, intentional deflation of footballs below regulation for an NFL playoff game has the American sports world in a frenzy, as it should. While the collective response is strong the individual responses differ tremendously, varying on their opinion of the competitive advantage created to the severity of punishment that has been given. One thing is certain though, this recent report is the latest chapter in a series of reported infractions committed by the New England Patriots organization, leading to an even greater disdain from some, and conversely an even greater loyalty from others, for the team that has enjoyed overwhelming success while seeming to habitually skirt the rules.”

Watson emphasized that while it is ‘more probable than not’ that Brady knew about or encouraged the violation, he would withhold judgement until evidence is “conclusive.”

“It is quite clear, however, that members of the organization blatantly cheated and have subsequently been punished. And if Tom was one of them he is rightfully included with the rest. What seemed like no big deal at the time has taken them further than they wanted to go, kept them longer than they wanted to stay and cost them more than they wanted to pay. What was done in secret has been brought to light, and what was a thrill at the time has brought shame on the innocent, whose hard work, dedication and accomplishments are once again shadowed in doubt,” he wrote.

The athlete noted that when incidents like this occur in sports, people “love to speculate” about the long term health of the football legacies involved. However, he offered that over time, the Patriots will continue to be regarded as “one of the all time great dynasties of American football led by one of, if not THE greatest quarterback and coach of all time.”

“As well they should,” he adds. “While this is important, the legacy we are creating with our children, marriages, and friendships is far more precious than that of an NFL team or player and when it takes a hit, it is no less resilient and reparable if confronted with repentance, forgiveness and most importantly God’s grace.”

He goes on to explain that disobedience is a direct result of the fall, and deserves God’s wrath and condemnation.

“I tell my children daily, that their disobedience removes them from my protection. When they “innocently” jump on the couch, when they’ve been told not to, falling and bumping their head is a natural consequence that they must endure because they have stepped out from under my covering of protection for them. This is true for all of us. Romans 6:23 says “the wages of sin is death”. Any infraction, any word thought attitude or deed that is contrary to the heart of a just God invokes natural consequences in our lives. Broken relationships, physical pain, lost wages, unreceived blessing, unmet potential, wounded children, guilt, fear, restlessness, can all be direct consequences of our sin. Spiritually our sin severs us from His life giving spirit and deafens our ears to His voice. Eternally, our transgressions condemn us to eternal punishment and eternal separation from God. BUT…”the gift of God is eternal life through Jesus Christ our Lord!” Romans 6:23” 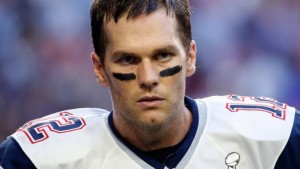 Watson asserts that because he “loves” Brady and considers him a “friend,” he feels empathy for the disgraced QB as the investigation unfolds. He then points to the grace and forgiveness found in the Gospel, which is strong enough to cover even the worst sins.

“We may never know for certain the extent to which he was involved in this illicit behavior, but unfortunately even the appearance of evil is something scripture warns us to be mindful of because it damages our reputation and our witness. At our best we aren’t very good teammates, co-workers, wives, husbands, fathers, mothers, leaders or followers. But in our weakest spiritual, physical, emotional, or vocational hour, His strength proves the greatest! His grace is forever and always sufficient! 2 Corinthians 12:9.”

In concluding his post, Watson reveals that despite the current controversy, he expects that “ashes will turn to beauty for the Patriots, and next season will bring yet another playoff run as this punishment is masterfully retooled as coal to fuel their desire to prove their invincibility.”

He adds, “Though not undoing the immediate consequences of our wrongs, how much greater will God’s grace and love remove our guilt and shame, give us a new heart, a new vision and lift us to new heights if we, through the blood of his Son, turn from our wickedness and follow Him!”

Watson’s insights apparently resonated with readers, as nearly 12,000 people “liked” his post and another 4,000 “shared” it.

“Mr. Watson, God has given you great wisdom. Thank you for this post…Professional sports is definitely an Idol in many people’s lives at the cost of personal integrity. Young players need to be mentored early in their lives to show them that God and character are more important than professional careers,” wrote one commenter.

Added another, “You are not only a football player, you are a carrier of the Gospel. May God continue to use you.”