Satanist biker intimidated others, despaired of life by his 40s 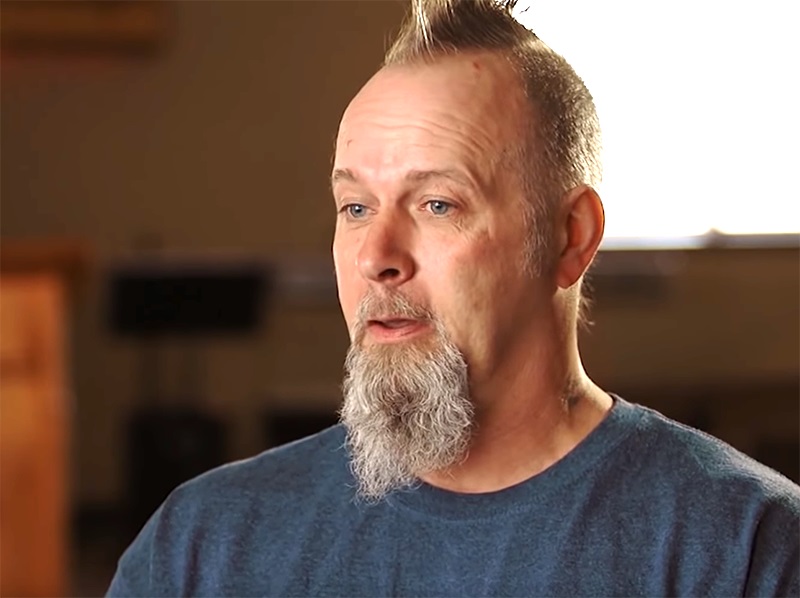 Because of his buck teeth and because he was short, Brian was the kid who got pushed around at school, but the nightmare of being bullied paled in comparison to the emotional and physical abuse meted out by his father.

“I hated my father,” Brian Cole says in a CBN video. “I had this idea all through life, till I got to the age where I could take my dad on fist to cuffs that I would never be right with him.”

Eventually some kids from high school, outcasts and troublemakers themselves, extended to Brian friendship — and cigarettes. Brian quickly realized that the tables had turned for his tormentors. With older kids sticking up for him, it was now his turn to terrorize them.

Brian began picking fights everywhere — in school, in church. He started stealing and using drugs regularly. Instead of finding compassion at church, he found condemnation and finger-pointing that only turned him away from God. He became what he hated: a bully.

At age 14, Brian got turned over to police for selling pot — by his own father. From there, he cycled through the police system, the judicial system, treatment centers and psych wards. He never stop using drugs and stealing.

Brian’s mother never gave up on him.

At 18, Brian caught a case for breaking and entering 250 homes that landed him with 10 years in a maximum security prison. While there, he turned to Satanism because it offered him a way to generate even more fear in others. He was taking speed and LSD heavily. “Seeing the fear in people’s eyes — even the guards’ eyes — boy that really fed my ego,” he says.

After being released in 1994, Brian got a girlfriend. When she cheated on him, he hunted down the offending man and shot him point blank. Miraculously, the man survived. Police tracked down Brian, using a tip provided by his mom. “Of course I blamed my mom,” he recalls. “You’re going to do me like that?”

He caught another 12 years in prison. When he was released, he found an old friend who hooked him up with a new drug. Meth was unlike anything he’d ever tried before. But his friend died of meth, passed out on a mattress that caught fire from a heater.

Brian didn’t last long in the streets. He got locked up once again. “I was in my 40s and I just didn’t want to live anymore,” he says. “I knew I was responsible.”

Wanting to turn his life around, Brian enrolled in a drug rehabilitation program. After one or two sessions, he figured out that the group was faith-based. While he was turned off to God, he wanted to break with drugs and decided to stick with the program. 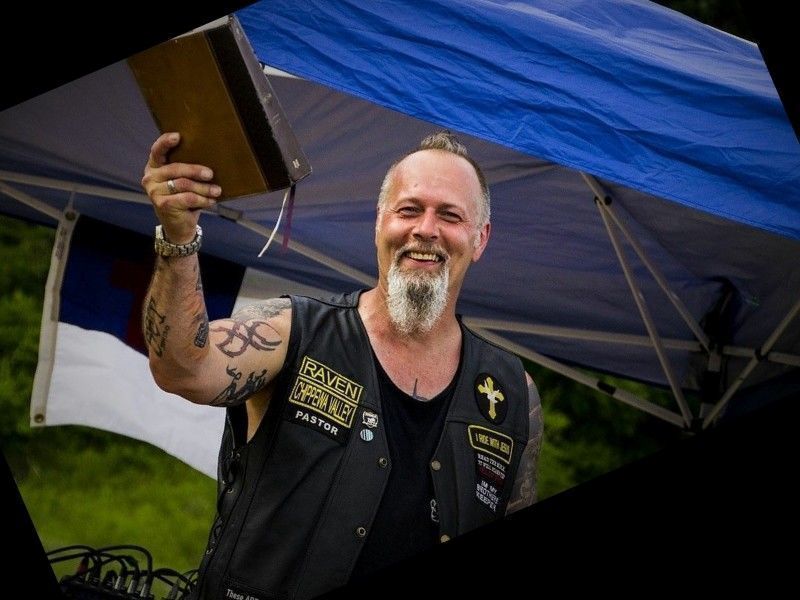 The homework required the use of a Bible. All the fill-in blanks were scriptures. He stumbled across Psalm 51:7: “Purge me with hyssop, and I will be clean; wash me, and I will be whiter than snow.” The verse startled and intrigued him. “It was word for word part of the cleansing rituals of the occult,” he says. “What is this doing in the Bible?” It seemed strange that his practices in Satanism would be included in the Bible. But its coincidental inclusion in the Bible served a good purpose: it interested him in reading and learning more of God’s word.

Eventually, he realized he was reading truth and that Jesus was the truth. It became more than just homework for a drug rehab program. God was changing him on the inside. “Instead of me filling the blanks now, the Gospel was filling in the blanks in my life,” he says.

Then, he wrote his mom as one of the requirements of his program. His mom responded with a 13-page letter. He realized his mom had loved him for all those 33 years of him being lost.

Brian accepted Jesus on Jan 22, 2009, and he renounced Satanism. The hardest thing for him to do was believe he could be forgiven. Shortly after his release in 2010, he visited his dad. He asked forgiveness. His father responded: “I love you and I’m proud of you. I had not heard those two words all my life.”

Today, Brian is a church pastor and has a wife and kids. He is part of Faith Riders Motorcycle Ministry of Chequamegon, Wisconsin.

“I want to be a picture of hope for anybody, especially those involved in crimes and ex-convicts, the hurting, the manipulated, those coming out of drugs,” he says. “I want them to have the same thing I got. I want to show them Jesus.

Is your life a picture of hope? Perhaps you are struggling to understand why you are even alive? Jesus said in Mat 11:28, “Come unto me, all [ye] that labor and are heavy laden, and I will give you rest.”  He also said in John 14:6, “I am the way, the truth, and the life: no man comes unto the Father, but by me.”

If you’re looking for hope or for answers, there’s no better place to turn then God, the Creator of heaven and earth.  The Bible says, “confess with your mouth, that Jesus is Lord, and believe in your heart that God raised Him from the dead, and you will be saved.” (Romans 10:9) If you’ve never done that, or if you need to recommit yourself to follow God, then please don’t wait any longer. Ask Him now in a prayer like this:

Father, please forgive me for my sin and help me to forgive those who have sinned against me. I know that I haven’t always been the person that I should be. I accept the sacrifice of your Son Jesus for my sins and I ask you to forgive me and help me to live the rest of my life for you. You alone have the answers and can teach me of your plan for my life.