Save Your Gallbladder! Natural Alternatives to Surgery 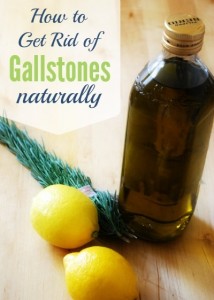 (Health Impact News) The most common gallbladder issue is gallstones. And the most common mainstream medical solution is surgical cholecystectomy, or gallbladder removal. The gallbladder is a small pear-shaped organ located just under the liver in the upper right side of your abdomen. It is a vital part of your digestive system, not a throw-away unnecessary organ.

According to Dr. David Williams, “… [gallbladder’s] function is to receive bile that’s generated by the liver, concentrate and mix it with mineral salts and enzymes, and then release the bile into the small intestine. The enzymes added by the gallbladder are essential to the proper digestion of fat. If your gallbladder is malfunctioning in some way, then it’s a certainty that your fat digestion is impaired.”

Often, a weakened liver is the source of the gallbladder’s problems that usually manifest as gallstones. A weak liver is not so uncommon in our toxic and stressful culture, to put it mildly. Fortunately, there are non-surgical solutions to gallbladder stones.

If you get an abdominal CT scan or MRI or ultra sound exam for any reason and gallstones are spotted, the radiologist or doctor will report them. That’s indisputable evidence of gallstones. Of course, they will tell you to not eat any fats, instead of avoiding the problematic processed ones, and they’ll usually promote surgery.

Symptoms, as usual, can be misleading. But the most common symptoms for gallstones without pain are fatigue after eating, poor digestion of fats, extended stomach or bloating, gas, diarrhea, constipation, flatulence, or excessive belching. Intermittent sharp pain in the gallbladder region (upper right abdomen) is a more obvious sign of gallstones.

Removing gallbladders surgically puts one into a strict diet avoiding all fats and a lifetime taking ox bile as a replacement bile without the necessary enzymes to assist digestion and pharmaceuticals to handle side effects.

It is only controversial because some think that it isn’t gallstones that are being passed. They claim it’s merely the olive oil congealed and used for the flush. Many years ago, this reporter did a gallbladder flush on the recommendation and instruction from a homeopathist. After going through his prescribed routine, which concludes with a serious morning bowel movement, several greenish small objects were noticed in the toilet.

Upon reporting this to this homeopathist, he exclaimed, “Oh, those were the gallstones!” This was surprising news in light of expecting gallstones to be white. Others who recommend the gallbladder flush sometimes call it a liver flush, which may be confused with coffee enema liver detoxing.

So here are the key points of doing a gallbladder flush to eliminate gallstones. There are minor variations of this method, but this is the archetype or basic design. The key ingredients are in bold to help you gather the materials you’ll need if you’re interested in trying it.

You can add a couple of tablespoons of organic unfiltered apple cider vinegar with the “mother” to purified water also. Organic is important because conventional apples are heavily sprayed. The high concentrations of malic acid in apples and apple products helps soften gallstones.

(2) Step 1 usually covers four or five days. On the fourth or fifth day get ready for the flush by fasting in the afternoon or early evening except for purified water and apple juice. Have some Epsom salts or magnesium sulfate handy prior to retiring, during normal dinner time.

(3) Take a tablespoon of Epsom salt in warm water or apple juice, or two teaspoons a couple of hours apart. It is claimed the magnesium sulfate helps open the bile ducts and is a potent laxative. This is to clear the bowels while keeping the gastrointestinal tract as empty as possible.

(4) Then just before going to bed, mix a half-cup of freshly squeezed lemon or grapefruit juice with a half-cup of organic cold pressed virgin olive oil, sesame oil, or flax seed oil. Mix well until a frothy foam occurs. Drink it as rapidly as you can. When you go to bed, try to sleep on your right side (where the liver and gallbladder are), in a fetal position.

It is the sudden influx of oil that causes the gallbladder to spasm and eject the softened stones through widened bile ducts created by the other flush formula factors. Usually upon normal awakening or before, the urgent call to eliminate arrives.

Hopefully that bowel movement will produce those little greenish or brownish small fatty calcified gallstones. This flush can be repeated as often as needed. Many recommend at least twice a year.

A Chinese herb used in Traditional Chinese Medicine (TCM) that works well for resolving gallbladder stones is called Lysimachia, also known as jin qian cao and Gold Coin. Tinctures or powders for teas are considered the most potent form of Lysimachia GB formula. Both herbs are safe for most.

It’s wise to use all gallstone remedies with other herbs that support liver health, such as milk thistle and dandelion. Exercise and plentiful pure water hydration are also recommended. If there is a TCM herbalist in your area, arranging for a consultation may produce a more individualized herbal formulation for gallbladder issues and gallstone removal.