(WNS)–Researchers in China have, for the first time, edited the genome of human embryos, sparking an outcry from the scientific community. Opponents are calling for a moratorium on such experiments until they can be proven safe and society has time to determine ethical guidelines.

Scientists hope gene editing can one day be used to eradicate certain diseases, but the ease and affordability of the new technique have allowed research to run ahead of a full understanding of the implications.

Two well-known journals, Science and Nature, refused to publish the research paper because of ethical objections, Junjiu Huang, one of the researchers at Sun Yat-sen University in Guangzhou, told Scientific American.

Scientists hope to use the new technology, known as CRISPR, to repair or delete specific disease-causing genes. But the method may cause unintended and unpredictable harmful mutations which would permanently alter the germ line of future generations. 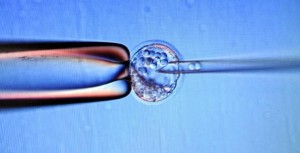 Although the experiment failed, it served to highlight opponents’ concerns. The researchers attempted to avoid ethical objections by using defective embryos that could not result in a live birth. They hoped to produce embryos with a precisely altered gene in every cell and no other unintentional gene mutations. But only 71 of the 86 embryos survived, and of those, only 28 were successfully spliced. Only four of those contained the replacement genetic material, and all had problems. Some overrode the editing and produced embryos with unintended gene mutations dotting their DNA.

In less than 36 months since the CRISPR system was discovered, use of the technique has exploded in research labs around the globe. It has been used extensively to edit animal genes and adult human cells. But even if the technique could be perfected and safely used to edit human embryo genomes, scientists like MIT biology professor Rudolf Jaenisch have reservations.

Even in a disease like Huntington’s, in which a mutated gene inherited from either parent is 100 percent certain to cause the disease, editing poses ethical problems, he told The New York Times. When one parent has the gene only half of the embryos will inherit it. But gene editing has to start immediately in the fertilized egg, before it is possible to know if the embryo has the gene. So half the embryos edited would have been normal, and their DNA would have been altered for no reason.

“It is unacceptable to mutate normal embryos,” he said. “For me, that means there is no application.”

The simple technology behind CRISPR may itself pose a threat.

“The ubiquitous access to, and simplicity of creating CRISPRs, creates opportunities for scientists in any part of the world to do any kind of experiments they want,” said Edward Lanphier, one of the scientists who issued a warning in Nature last month.

A Chinese source familiar with developments in the field told The New York Times at least four groups in China are pursuing the research.

Even if agreement to a moratorium could be reached, some fear not all scientists would abide by it. When cloning techniques were first developed, the international scientific community agreed it would not be ethical to clone a human. Some still tried, George Daley, a Harvard stem cell researcher, told The New York Times. He fears the same will be true with human embryo gene editing.

“This type of intervention would achieve worldwide acclaim,” Daley said. “I think that is the sort of deranged motivation that sometimes prompts people to do things.”