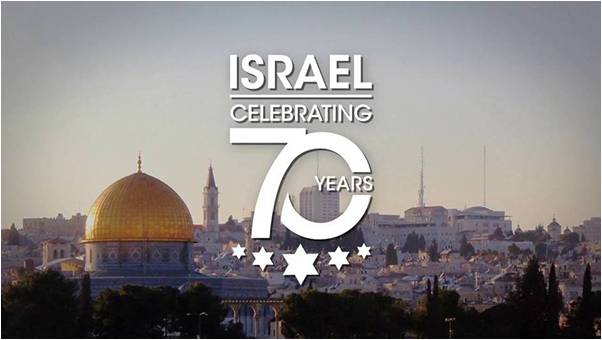 May 14, 2018, marked the 70th anniversary of the creation of the Zionist State of Israel. Most Americans—and especially most Christians—labor under the delusion that the modern State of Israel is a fulfillment of Biblical prophecy of ancient Jews returning to their homeland. Nothing could be further from the truth. As filmmaker Jason Charles writes,

It [the story of modern Israel] was not the struggle of an ancient people coming back to their land in 1948. Instead it was the struggle of the wealthiest family on earth using war and deception to gain control over the region at the behest of idealistic Zionist Jews during the late 1800’s. The Rothschild family became their champion and is the sole benefactor extraordinaire. Israel owes its very existence to the Rothschilds.

The reappearance of Israel as a nation state, and moreover [as] a Jewish state, has been nothing but turmoil for 70 years for the people of the world. A confluence of never-ending war, violence and lurid political meddling in world politics. Just like their Rothschild forefathers, Israel uses war, political manipulation, and subterfuge to assert dominance internationally. The tactics that kept the Rothschilds in power for literally 100’s of years are alive and well in the heart of Jerusalem.

Indeed. The creation of the Zionist State of Israel has brought turmoil, treachery, death and destruction that is almost unequaled in modern history. The Rothschild conspiracy to create its own Zionist state has its tentacles in both world wars and in virtually every significant act of war afterward. 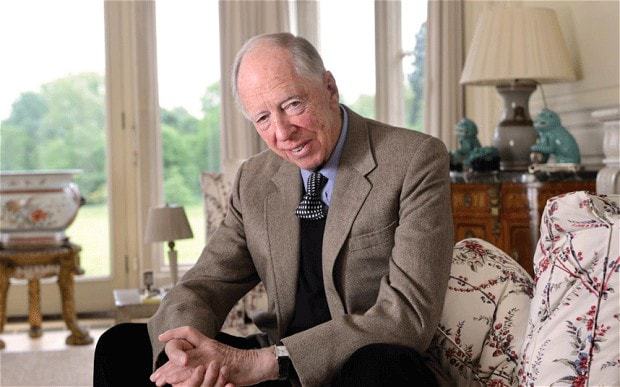 I have much pleasure in conveying to you. On behalf of His Majesty’s Government, the following declaration of sympathy with Jewish Zionist aspirations which has been submitted to, and approved by, the Cabinet.

His Majesty’s Government view with favour the establishment in Palestine of a national home for the Jewish people, and will use their best endeavors to facilitate the achievement of this object, it being clearly understood that nothing shall be done which may prejudice the civil and religious rights of existing non-Jewish communities in Palestine or the rights and political status enjoyed by Jews in any other country.

I should be grateful if you would bring this declaration to the knowledge of the Zionist Federation.

Jason is spot on. I distinctly remember several of my theology professors in college (two different colleges, in fact) telling us ministerial students (whether they were even aware of The Transfer Agreement isn’t known to me) that “World War I prepared the land for the Jews, and World War II prepared the Jews for the land.” And this was stated as if two world wars was a GOOD thing. So, if you think that Jason Charles’ assessment regarding the Rothschild conspiracy to create a Zionist state being a major catalyst for both world wars is fantasy, it is YOU who believes a fantasy.

One cannot even be true to history and ignore the fact that the Bolshevik Revolution that brought Marxist/Leninist/Stalinist communism to power in Russia was almost exclusively the handiwork of Rothschild’s Zionists. For all intents and purposes, communism and Zionism are one. They always have been and always will be.

Christians need to come to grips with this painful truth: It took the deaths of over 115 million people to bring the Zionist State of Israel into existence. (This is “of God”?) And the Zionist state has caused the deaths of millions more since becoming a nation-state, as almost every war that America has fought since 1948 has been on behalf of Rothschild’s Israel, and America’s so-called war on terror is almost exclusively waged on behalf of the Zionist state.

There is even evidence to suggest that Israel was an active participant in the attacks on 9/11. (See Jason’s film 911 Core of Corruption In the Shadows embedded in his column.) It was those attacks that were the catalyst for America’s global “war on terror” that has included the invasions of two sovereign countries and the bombings of several others that had absolutely NOTHING to do with 9/11—not to mention the innumerable killings and assassinations by America’s CIA and Israel’s Mossad.

And there is absolutely no question that the U.S. government’s (Donald Trump is a Zionist puppet) intention to destroy the governments of Syria and Iran is nothing more than a bloody plot to force regime change (remember Iraq and Libya?) and bring those two recalcitrant Arab nations into the Rothschild/Federal Reserve central banking system—not to mention to help the Zionists in Tel Aviv to fulfill their goal of forming a “Greater Israel,” thus making Israel the dominant political and military force in the region. Of course, almost no one bothers to mention the fact that Israel has already obtained hundreds of nuclear missiles. If Israel has the right to nuclear weapons to protect itself, why doesn’t Iran have the same right?

And as an aside, Trump’s decision to withdraw from the Iranian treaty recently is nothing but political smoke and mirrors. The only reason the U.S. government entered the agreement with Iran in the first place was because it fully expected Iran would break the treaty, thereby giving Israel and the U.S. an excuse to attack the economically rich (and Rothschild bank-free) country. However, since Iran KEPT the treaty (Netanyahu’s baseless accusations to the contrary), Trump had to pull out of the agreement so as to find another justification for attacking Iran.

The Hal Turner Radio Show is reporting that Israel began attacking Iranian assets in Syria almost immediately after President Trump withdrew the U.S. from the Iranian treaty. He further reports that at least two Russian military personnel have been killed in these attacks. It is clear that Israel is willing to risk a major war with Russia and believes that President Trump will back his play with U.S. military action. Are Jewish and Christian Zionists in Israel and the United States on the verge of taking the planet into its third world war? If there is one thing that Zionists love, it’s war.

Since coming into existence, the Zionist State of Israel has produced more political turmoil and chaos and more death and destruction than anything in the world.

A majority of Christian pastors, evangelists, TV and radio preachers, Christian school teachers, Bible college and seminary professors, etc., are proudly and outspokenly Zionist. For all intents and purposes, Christian Zionism has a monopoly on America’s evangelical Christian culture. 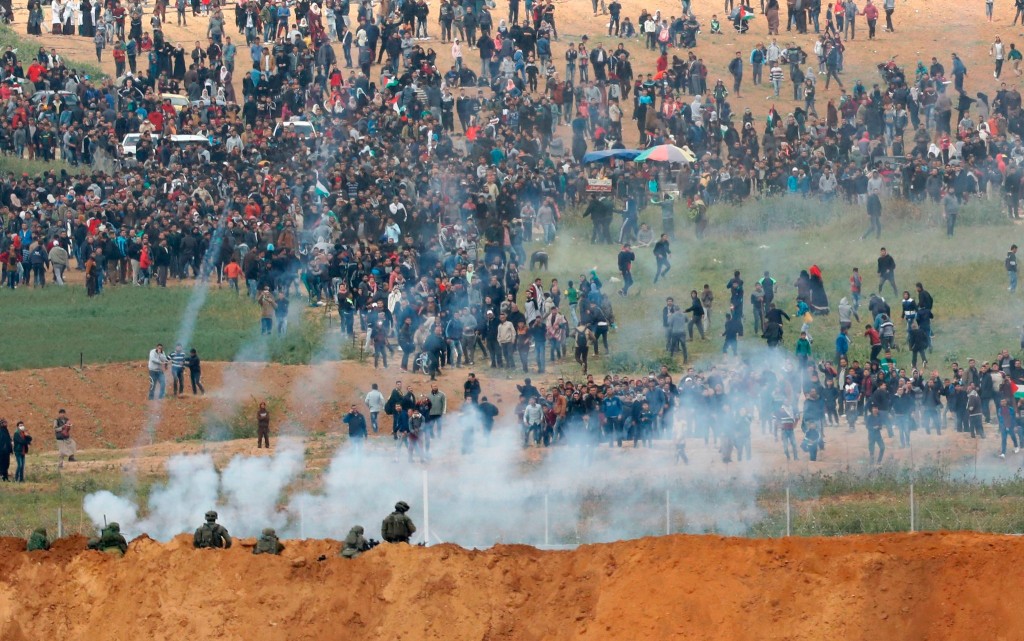 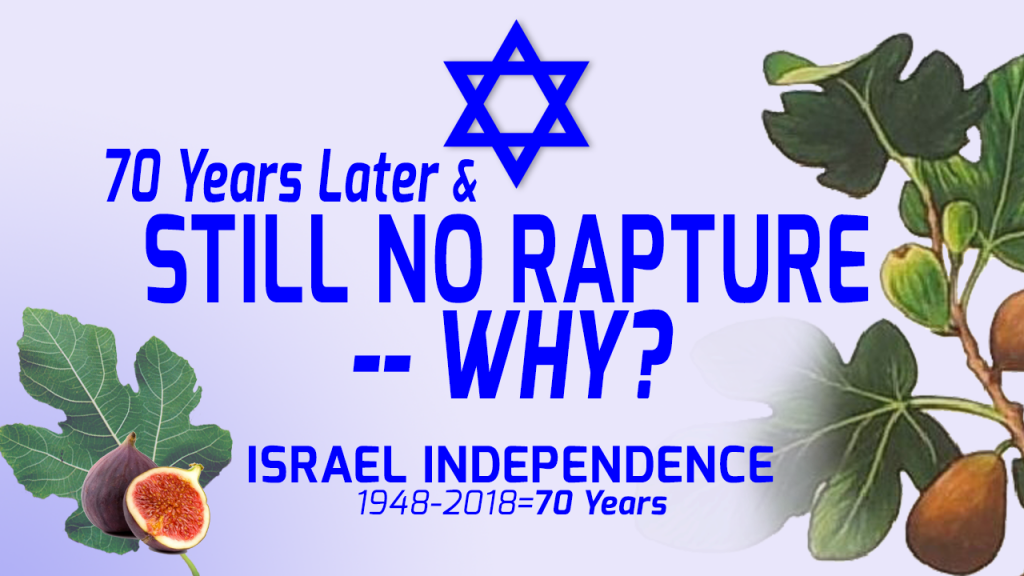 This is all convoluted, maddening and hyper-contradictory, I know. But that’s how deeply Christians have been seduced and deceived by Zionism.

The basis of all of this doctrinal discombobulation is the result of the massive acceptance of the prophetic perversions of C.I. Scofield’s Reference Bible, which spawned the growth of scores and hundreds of Bible colleges and seminaries, all regurgitating the egregiously erroneous application of the promises God gave to Abraham in Genesis 12:3 and Genesis 15:18 to the Rothschild-created Zionist State of Israel.

70 years of Israel has been a curse on the world, nothing more.  As of this week the Rothschilds have a new dynasty heir, who will execute in ruthless fashion just like all the others before him.

“Alexandre de Rothschild, 37, was picked to replace his 75-year-old father, David de Rothschild, as the bank’s top executive. The successor will become the seventh generation of the dynasty to take charge of the Franco-British investment bank, which was founded in 1838.” (RT)

They plan on celebrating their 70th anniversary by launching another world war, and American Christian Zionists will cheer it on. That is the truth of the matter; Israel is a pariah state that will just end up making the world a more hostile place for everyone.

World On Fire: Seven Decades With The State Of Israel 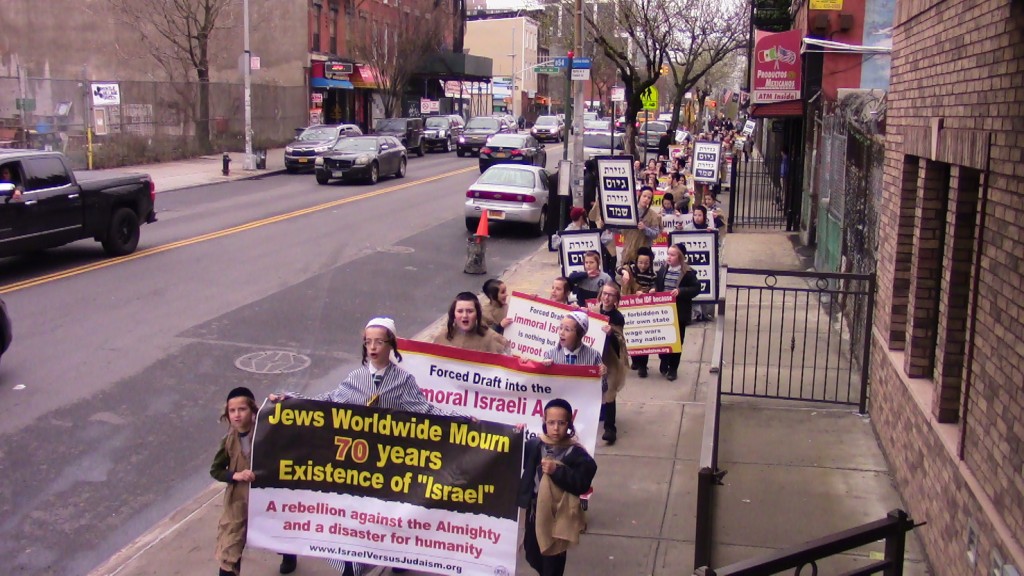 And lest someone attempts to label me as being “anti-Semitic,” let me remind them that there are tens of thousands of Jewish rabbis and Jewish people who are as adamantly opposed to the apartheid Zionist State of Israel as anyone. These same Jewish rabbis actively work for the “speedy and peaceful dismantlement of the State of Israel” (their words, not mine). 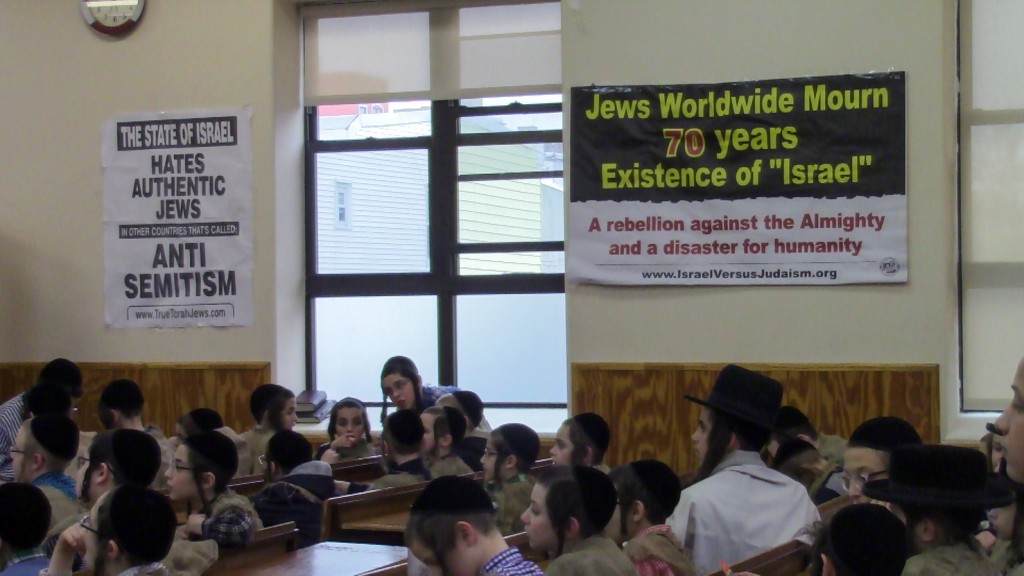 P.S. I invite readers to watch my eight-message, two-DVD series The Church And Israel.

I had been schooled in and personally believed and taught Israel-based Bible prophecy for over 30 years. After MUCH prayer, deliberation and personal study, however, I came to realize that everything I had been taught and had myself taught on the subject was patently FALSE. I now realize that the Zionist State of Israel created in 1948 has NOTHING to do with Biblical Israel.

These two DVDs containing eight messages explain the basic, foundational scriptural truth relative to the subject of Israel that must first be comprehended in order to understand the full teaching of Scripture on the matter. I consider these eight messages to be “Biblical Israel 101.”