Should All Homeschooled Children be Required to Report to “Child Protection Services” to Check for Abuse? 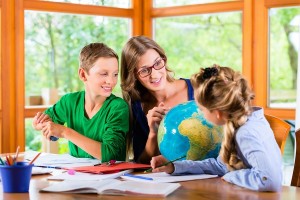 Marie Cohen’s latest column in The Chronicle calls for requiring that every parent who homeschools a child bring that child before a mandated reporter of child abuse for periodic inspection.

As with every other well-intentioned proposal to intrude on families, the problem with this one is the harm it would do to children in 32 states. (In 18 states everyone is a mandated reporter, including every parent, so, presumably, the proposal would have no effect at all.)

But in those 32 states, consider the real-world impact of requiring parents to submit their children to inspection by a mandated reporter, in this case probably a public school teacher: The teacher knows that this child is being brought before him or her specifically to be checked to see if the child is being abused or neglected – that creates an inherent bias toward finding such maltreatment.

To the extent that the mandated reporter has been trained at all, it often involves broad, vague lists of “symptoms” or “warning signs.” One website alone lists 77 different “signs” that could be child abuse. They also could have many other causes. At least one of these “signs” probably could be found in almost any child at some point in that child’s life.

The mandated reporter knows that if s/he fails to report and then it turns out the child really was abused s/he could face dismissal and perhaps even criminal penalties. There is no penalty for a false report made in good faith.

Children will know the purpose of these visits, and they will sense the tension they cause in their families. That makes them, inherently, an act of emotional abuse against the children. As three of the leading child welfare scholars of the 20th century, Anna Freud, Joseph Goldstein and Albert J. Solnit wrote, in calling for far higher standards before ever intervening in families: Children react even to temporary infringement of parental autonomy with anxiety, diminishing trust, loosening of emotional ties, or an increasing tendency to be out of control.

Why Single Out Homeschoolers?

The singling out of homeschoolers is odd for other reasons as well. The children most at risk of abuse or neglect are the youngest. So the same logic behind this proposal requires that every child from birth to at least kindergarten age also be presented for periodic inspection.

Cohen even is selective in the lessons she chooses to draw from horror stories; and once again, horror stories are Cohen’s entire argument. In the two Iowa cases she cites, the children were homeschooled. They also were adopted from foster care. In one case, relatives desperate to take in the child were turned down. Yet Cohen offers no sweeping conclusions about regulating foster care or adoption.