(WNS)–Oregon State University (OSU) will soon launch a mandated “social justice” training course for all freshmen. The five-part course will begin as a pilot program this fall, with a full rollout in January, according to university documents.

The idea is not novel—a growing number of universities require social justice courses or training for all students. Administrators claim the training is needed to encourage a collegial and welcoming environment on campus. But critics argue that instead of encouraging inclusivity, liberal social justice rhetoric often encourages intolerance. 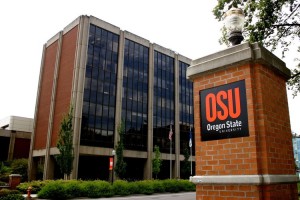 Examples of “tolerance” training include Gonzaga University, which requires all students take one course with a social justice designation. The University of Massachusetts-Amherst requires two courses in diversity. And Wayne State University decided to drop its math requirement this summer and is considering requiring a three-credit diversity course, according to The College Fix.

OSU’s stated coarse goal is to give students “orientation to concepts of diversity, inclusion, and social justice,” helping them “contribute to an inclusive university community.” The five modules include a history of diversity and social justice in Oregon and at OSU, training in what “systemic and local inequities” exist, expectations around inclusivity at OSU, and information on how students can identify and report bias.

“We feel that every student has a role to play in creating and sustaining an equitable and inclusive university community—one that is defined by shared respect for diverse backgrounds, perspectives, ideas, and the ways that individuals live,” Angela Batista, OSU’s interim chief diversity officer, said in an email to The College Fix.

This growing trend is concerning “because a lot of the social justice narrative that is being taught on college campuses is extremely one-sided,” said Mary Clare Reim, a research associate in education policy at the Heritage Foundation. Reim argues social justice rhetoric often stifles political debate and intellectual curiosity: “I fear we would be losing a lot of the value in a college education.”

“Students no longer need to defend their ideas, they just need to shut down the other ideas,” she said. “The only way to respond to someone you disagree with is to silence them.”

OSU’s new training is also entirely online, a much more “worrisome” system than classroom instruction, according to Robby Soave, associate editor at Reason.com.

“A student has no method of dissenting during an online training session on the necessity of complying with the university’s diversity dictates,” wrote Soave. “Indeed, students might reasonably fear that agreeing with the ideology of the trainers is a precondition of coming to campus.”

“Students are no longer merely required to grapple with leftist ideas in the classroom—they increasingly must live, sweat, and breathe ‘oppression studies.’… They are being trained—not taught, but trained—to think everything that offends them is a bias incident,” Soave noted.