Something Miraculous is Happening to Sexual Abuse Victims 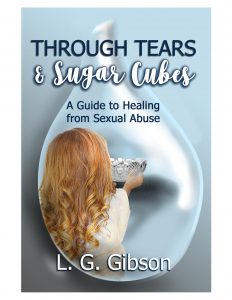 GREENVILLE, S.C. – Anyone who has been a victim of sexual abuse knows the physical, spiritual and psychological effects can torment an individual for a lifetime. Although the external wounds heal, the internal wounds and sickening images are either still very raw or have been pushed down so far that darkness covers them. But for those several hundred victims who have met Linda Gibson, a survivor of sexual abuse herself, the healing has been nothing short of miraculous.

For over 30 years, Gibson has continued to minister to hundreds of hurting men, women and children from all walks of life providing them a path to healing through the Cross.

“I have had more faith for the healing of abuse victims than anything else,” says Gibson. “When I minister to them, it just happens. It’s God’s will for them to be whole! It comes from a great God who loves us so much!”

Gibson’s accounts of healing have included victims of child sexual abuse, prostitution and sex trafficking. Her book, “Through Tears and Sugar Cubes: A Guide to Healing from Sexual Abuse,” is even being written as a prescription by a doctor who witnessed the transformation of one of his patients to whom Gibson had ministered.

Abuse victims are several times more likely to suffer from PTSD, depression, and drug and alcohol abuse, and over 64 percent attempt or commit suicide. Most sex trafficking victims are rescued an average of seven times before they stay free.

“My focus is on complete wholeness. If your mind is still in bondage, you’ll go back to where you were before. Wholeness can come quickly, but only through the Cross.” says Gibson.

In the past she has chased down pimps, pleaded with judges on behalf of prostitutes and roamed the dark streets of the South’s crime-ridden inner cities searching for lost souls. Now a grandmother, she ministers to multiple people on any given day, either by a word-of-mouth referral, someone she meets while running errands or at speaking engagements for her book.

Every testimony is as unique as the individual. Whether it is about a runaway from an abusive home or a young male questioning his sexuality, her message is the same. “Every life has a purpose, and God has a way to make every one of us brand new with a better plan for our lives,” says Gibson.