Soros group boasted it got Zuckerberg to attack ‘fake news’

The George Soros-funded group Media Matters boasted in a confidential document issued in January 2017 outlining a collaborative plan with social-media giants to silence conservative voices and resist President Trump that it single-handedly persuaded the Facebook CEO to take “fake news” seriously and “commit to taking action to fix the problem.”

As some members of Congress who have grilled Facebook CEO Mark Zuckerberg and others have argued, the problem with admittedly left-leaning Silicon Valley social-media platforms censoring “fake news” is that one man’s fake news is another’s real news. 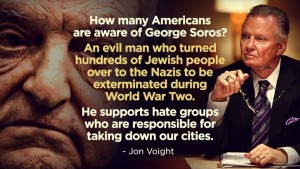 And it’s clear in the memo that when Brock refers to “fake news,” he’s talking more about conservative media on the web, mentioning outlets such as Breitbart and the Media Research Center, than he is articles generated by Russian sources to influence the election, which Facebook has told Congress comprised a minuscule portion of the traffic generated by 2 billion users.

In his memo, Brock states that during the 2016 election, Facebook “refused to do anything about the dangerous rise of fake news or even acknowledge their role in promoting disinformation,” with Zuckerberg calling the notion that fake news is a problem “crazy.”

But in November 2016, Brock writes, Media Matters “launched a campaign pressuring Facebook to: 1) acknowledge the problem of the proliferation of fake news on Facebook and its consequences for our democracy and 2) commit to taking action to fix the problem.”

Media Matters met with Facebook to discuss how to crack down on fake news, according to the memo, providing “a detailed map of the constellation of right-wing Facebook pages that had been the biggest purveyors of fake news.”

The Washington Post reported Tuesday that Facebook now is rating users based on how “trustworthy” it thinks they are, assigning a hidden score on a scale from zero to one that determines if they have a good or bad reputation.

Brock’s memo also says Media Matters gave Google “the information necessary to identify 40 of the worst fake new sites” so they could be banned from Google’s advertising network.

A study in June by Gateway Pundit found Facebook had eliminated 93 percent of the traffic of top conservative news outlets through changes in its newsfeed algorithm, ostensibly to combat “fake news,” causing a precipitous decline in traffic for many conservative sites.

Western Journal, in its own study, found that while left-wing publishers saw a roughly 2 percent increase in web traffic from Facebook following the algorithm changes, conservative sites saw a loss of traffic averaging around 14 percent.

‘We have the moral authority’

Brock opens the memo stating the plan is based on the premise that Hillary Clinton “won the popular vote” in 2016 and “the country did not vote for Trump-style change,” ignoring the fact that it’s the individual states that choose the president and each of them use a popular vote to determine their selection, with Trump defeating Clinton by a sizable 304-227 margin.

“Trump has the legal authority, but we have the moral authority — and the moral responsibility to oppose him,” Brock declares.

Acknowledging that Democrats “got clobbered in the digital space” during the 2016 election campaign, Brock sets out as a major objective, in his four-year plan, to create a world in which “internet and social media platforms, like Google and Facebook, will no longer uncritically and without consequence host and enrich fake news sites an propagandists.”

The ultimate aim is that Trump “be defeated, either through impeachment or at the ballot box in 2020.”

WND reported last month House Republicans, noting Facebook’s recent blocking of a post of the Declaration of Independence as “hate speech,” held a hearing with representatives of Facebook, YouTube and Twitter on the alleged suppression of conservative viewpoints on social-media platforms.

Rep. Ted Poe, R-Texas, expressed concern about the viability of Facebook’s efforts to combat “fake news” through computer algorithms and a panel of five news organizations that serve as “third-party fact checkers.”

“What one person may think is fake news, somebody else believes is the gospel truth.”

At an April hearing, Zuckerberg acknowledged Silicon Valley is “an extremely left-leaning place” while maintaining his company is a neutral platform for ideas.

‘Totalitarian impulse’ of the left

On Friday, Facebook appeared to be “shadow banning” the non-profit education site PragerU, founded by talk-host Dennis Prager, causing a drop in engagement of 99.9999 percent while removing two videos regarded as “hate speech.”

After Facebook rejected a highly inspirational ad for a Republican congressional candidate that included images depicting her parents’ persecution under the Khmer Rouge communist regime in Cambodia, Twitter followed up with its own ban.

Last month, WND reported moderate Muslims and counter-terrorist activists were increasingly being restricted by Silicon Valley, while terrorist content remains on social-media platforms, according to researchers.

Trump campaign chief Parscale said last week the banning of Jones “will inevitably lead to the silencing of those with far less controversial opinions.”

“What we are seeing in Big Tech is the inherent totalitarian impulse of the Left come into full focus,” Parscale said.