Starbucks to conservatives: Please come back 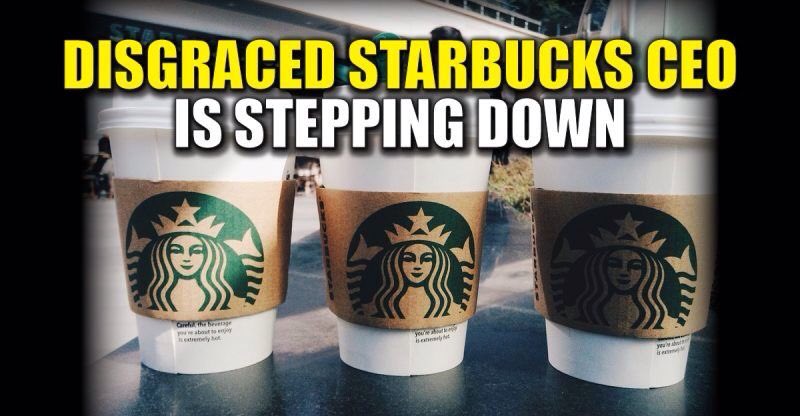 For years, Starbucks CEO Howard Schultz has thumbed his nose at conservatives – and it has hurt sales. Now Schultz is on his way out the door, and the company wants conservatives to come back. After five straight quarters of decreased sales, Schultz is leaving his post as CEO and will be replaced in April. Additionally, the coffee company wants to make things better with Trump supporters.

Starbucks recently announced a HUGE expansion of their veteran hiring program, which Fortune Magazine reported is an attempt to make things right with conservatives. Financial analysts have put at least partial blame for Starbucks lackluster sales growth on Schultz’s outspoken liberal activism – which dates back to the early days of the presidential primary. Donald Trump called for the first boycott during the presidential primary in November 2015, following the controversy surrounding the coffee maker’s non-denominational holiday”cups.

“I have one of the most successful Starbucks, in Trump Tower. Maybe we should boycott Starbucks? I don’t know … That’s the end of that lease, but who cares?” Trump said during a campaign rally. “If I become president, we’re all going to be saying Merry Christmas again, that I can tell you. That I can tell you.”

And customers responded. According to a YouGov poll, public perception of the Starbucks brand has tanked under Schultz, especially following his controversial statements in January that the company would give preferential hiring treatment to refugees around the world.

Yahoo Finance predicted this crash in consumer sentiment towards the company would ultimately impact the company’s bottom line. Schultz, on the other hand, denied the boycotts have had any effect. But the numbers hint at a different story. 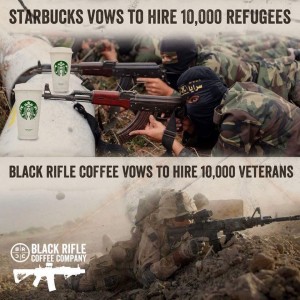 In January 2016 – around the time of the latest Starbucks boycott, when the CEO vowed to hire 10,000 refugees – the company announced more disappointing sales growth figures, “the company’s fifth consecutive quarter of missed expectations for same-store sales in the U.S., its largest market.” MarketWatch reported. “U.S. sales have slowed repeatedly in recent quarters. Starbucks previously blamed the economy. The company has said it would return to its historic same-store sales growth rate of 5% in the U.S., though it hasn’t said when.”

In other words, since autumn 2015 – around the time Trump first called for a boycott of the coffee chain – sales growth for Starbucks in the U.S. has plummeted. And every time Schultz weighed into another political controversy, critics say it hurt Starbucks’ brand (and sales) more and more… so much so, the company appears to have felt the pressure of the disappointing performance and has taken action to win back conservative customers.

With Schultz out in April and a robust veteran hiring program, is it time to end the Starbucks boycott?