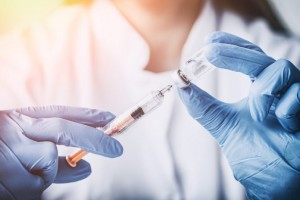 (NaturalHealth365) A study conducted as a joint effort between the Yale University School of Medicine and the Penn State University College of Medicine recently examined the relationship between childhood vaccination and vaccine side effects. Specifically, a epidemiologic analysis was conducted to look at vaccination, neuropsychiatry and the likelihood of developing various neurological disorders.

The study was conducted using insurance claims data to assess a national sample of privately insured children that were 6 to 15 years old. The researchers looked for connections between vaccinations and various neuropsychiatric disorders. They also looked for two unrelated conditions as a control – open wounds and broken bones. Study subjects and controls were matched according to parameters such as gender, age and geographical location.

Specific vaccination types including those for meningitis, the flu and hepatitis A and B were found to have a significant association with numerous chronic conditions identified by neuropsychiatry, including OCD, anorexia nervosa and chronic tic disorder.

There was a particularly strong link between vaccination and the eating disorder anorexia nervosa within 3 months of getting the shot. Influenza vaccinations were also found to be linked with the neuropsychiatry conditions of OCD, anorexia nervosa and anxiety disorders when they were administered within 3 to 12 months of the diagnosis.

Vaccine side effects now include laundry list of neuropsychiatric disorders

This epidemiologic analysis – the first of its kind – shows that numerous conditions identified by neuropsychiatry seem to be caused or exacerbated by receiving various common vaccine types. Additional research is required to explore these links in more detail, but they nonetheless add to the mountain of vaccine side effects that should give everyone pause before just blindly getting a vaccination.

This study was focused on the possible link between meningitis, influenza and hepatitis A and B vaccinations and the neuropsychiatry conditions of OCD, anorexia nervosa, chronic tic disorder, ADHD, major depressive disorder and bipolar disorder. However, the list of vaccine side effects extends to numerous other areas of health. Inflammatory conditions, autoimmune disorders and narcolepsy have also been associated with vaccines.

With autism rates in children now at 1 in 68, early childhood vaccines should continue to be questioned and studied. While in some cases vaccines can be valuable in disease prevention, the list of potential vaccine side effects simply cannot be ignored.

Bottom line: the current study results underscore the need for public awareness and continued research on vaccine safety and efficacy.