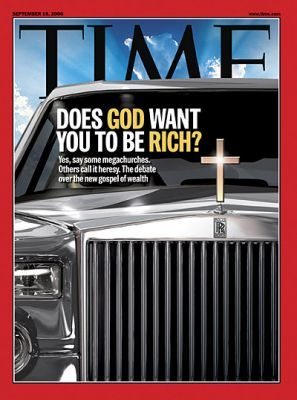 The University of Toronto released a recent study in the journal of Psychology of Religion and Spirituality. The study describes a test in which Christians and Atheists were both asked to listen to hours of prosperity preachers, it reads,

“The University of Toronto released a study last month in the journal of Psychology of Religion and Spirituality, which named such preachers as Joel Osteen, T.D. Jakes and Creflo Dollar.

“The study included experiments where both theists and atheists were asked to listen to a prosperity gospel message, with their feelings measured afterward. It tested heightened optimistic bias and effects on financial risk-taking resulting from the teachings.

“Specific to positive affect, we found that the prosperity gospel resulted in a boost of high-arousal positive affect, even for the group of atheists. This supports the idea that the prosperity gospel’s impact may be less about appealing to a person’s beliefs and more about making them feel good in the moment,” the study’s authors found.” (Christian Post)

Isn’t it interesting that the euphoric feeling produced in people listening to prosperity preachers was found in both the theistic and atheistic test subjects? And as the quoted study states, this effect has nothing to do with desiring religion and sound doctrine, but everything to do with an associated feeling or high people receive when hearing prosperity sermons.

The researchers also demonstrated this feeling of euphoria was also linked to an increase in “risky financial behavior,” 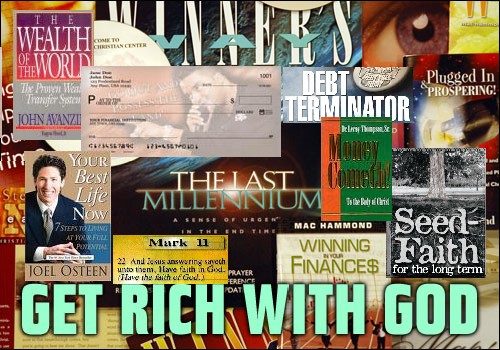 “Indeed, the finding that the prosperity gospel seems to generate a positivity bias even when people agree with it less, is evidence that the prosperity experience might not be about consideration of its teachings, but more about quick, in-the-moment emotional and motivational feel-good states.”

How convenient for these pastors, especially considering their taste for $60 million-dollar jets. It’s like they study neural-linguistic programming techniques, hypnotic voice commands, and marketing manuals more than scripture itself, in a bid to hypnotize congregants out of their money, rather than feed them sound-doctrine.

It seems the dynamic between the “pastors” of prosperity church congregations, is more akin to a dealer/user relationship, rather than a shepherd/flock relationship.

This is an important distinction to make for those of us analyzing how we bring revival back to the American church. We aren’t fighting just ignorance, false doctrine and greed in the church, we are also fighting what can only be termed as a physical addiction to an adrenaline and endorphin high experienced by church-goers around the country. People in these churches are literally addicted to their own brain chemicals when exposed to euphoric worship services and profoundly positive, perfectly inflected public speaking.

While we would love to use sound, convicting doctrine, to bring these folks back to the true, hard teachings of scripture, what we are dealing with in a very true sense is drug addicts. Addicts who are more concerned about their weekly-fix than sound, Bible teaching. If you have ever worked to correct the behavior of a drug addict you know that reason never prevails. These people almost have to hit rock bottom, before they begin to self-reflect enough to initiate real change in there behavior. It has to hurt immensely before they begin to recover.

This is truly the state of many modern church goers today, like drug-addicts they have to lose all their money, and run their lives into the ground before they consider change. They refuse to deal with reality, believing if they just stay positive and give enough money God will bless them. This is a lie, how many elderly and misled congregants have been asked to give all they have by these pulpit pimps? Like Drug dealers they have ruined countless lives preying on the addictive behavior of their drug users.

As a result the people sitting under these con-men “pastors,” and participating in these drug inducing services have absolutely no clue what the Bible says on pertinent issues. Take popular worship singer Lauren Daigle, whose music has become a staple in the modern church worship service,

“Do you feel that homosexuality is a sin?” Nati asked the 27-year-old point blank. “I can’t honestly answer on that,” Daigle answered. “In a sense, I have too many people that I love that they are homosexual. I don’t know. I actually had a conversation with someone last night about it. I can’t say one way or the other. I’m not God.”

The “How Can It Be” singer continued, “So when people ask questions like that … that’s what my go-to is. I just say read the Bible find out for yourself. And when you find out let me know, because I’m learning, too.” (Daily Wire)

The question of whether or not Homosexuality is a sin per the Bible doesn’t ever come up in the thousands of churches she has sung at because that topic isn’t a feel-good, positive topic to discuss, and thus has become off-limits. Speaking on sin doesn’t create the euphoric effect that keeps the offering basket flush with cash. Everything is geared towards creating and sustaining this euphoria, including Lauren Daigle who becomes nothing more than a piece of drug paraphernalia who is passed around from church to church in an effort to keep the high-going. Our churches are cursed in a way a crack-house is cursed, they are trapped by addiction. The truth is, Lauren’s knowledge of the Bible is apparently so shallow, she shouldn’t be writing worship songs, period.

As sad as this realization is, it isn’t a new thing. When you really parse the language in the Apostle Paul’s letter to his spiritual son Timothy, you see he is talking implicitly about this euphoric addiction men have to charismatic stage presence and primal, driving music. 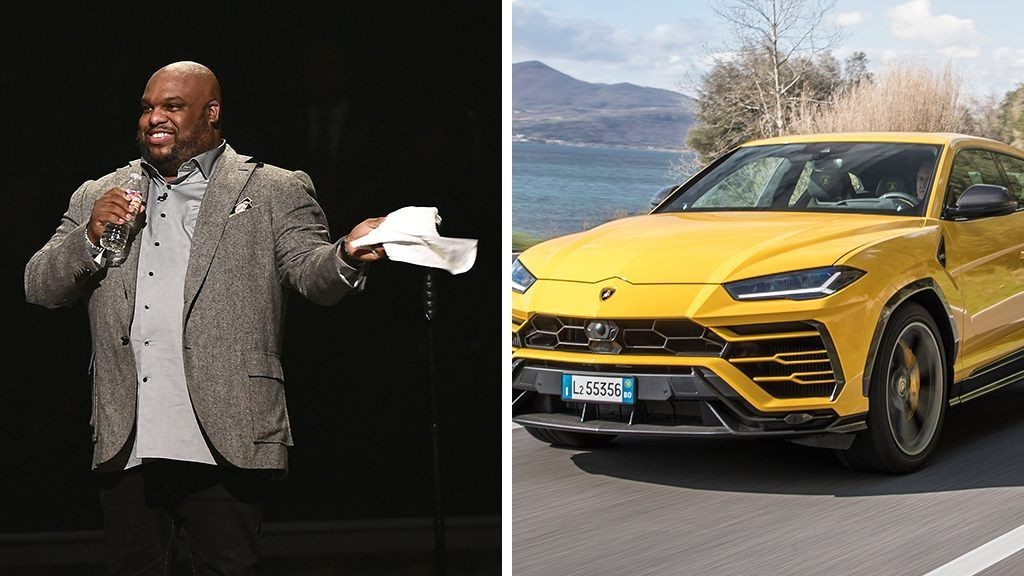 For the time will come when they will not endure sound doctrine; but after their own lusts shall they heap to themselves teachers, having itching ears; 2 Timothy 4:3

They will not “endure sound doctrine”, meaning they can’t even sit in the presence of truth-telling and hard preaching, additionally they go after “their own lusts,” think crack-addict here, and “heap to themselves teachers,” or men who are willing to feed these addictions for a price knowing these people are there for a fix, nothing more.

Truly, these “pastors” are abominable to the Lord. Jesus cursed them, pointing out how their predatorial nature, and how they aim to devour widows’ houses and all that they have without so much a thought.

Then in the audience of all the people he said unto his disciples, Beware of the scribes, which desire to walk in long robes, and love greetings in the markets, and the highest seats in the synagogues, and the chief rooms at feasts; Which devour widows’ houses, and for a shew make long prayers: the same shall receive greater damnation. (Luke 20: 45-47)

This is exactly what these prosperity pimps do in our day, prey on the most vulnerable in society. In terms of the issues we have with the modern church, and the desire for a true Spirit-led revival we are dealing with addicts here. Everything else is symptomatic to this key issue that I think largely goes overlooked when formulating ideas on how to best Wake the Church. It is little wonder that reason is not prevailing in this fight, we are dealing with unreasonable addicts who do not desire change.

I have written about this effect in the past in an article I entitled, Hooked on a Feeling: The Addictive Nature of the Modern Church Format. In it, I follow the average congregant through their Sunday routine, demonstrating how the whole church experience is just lustful, euphoria seeking.

Now we have a credible study demonstrating this effect in both theistic and atheistic populations. These churches are exploiting the human condition like snake-oil salesmen. Until we expose the drug-dealers for what they are, we will never make progress in this country towards real revival.