Taking the Lifeline of Jesus 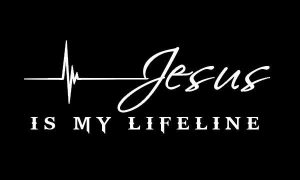 If you look up the word traitor in a thesaurus, you’ll find the name Judas Iscariot. That’s because he’s the most infamous traitor in history. When the New Testament lists the apostles by name, Judas is always named last because of the treachery that he brought to bear in the gospel accounts.

Yet Judas was among the followers of Christ, and he got there because Jesus chose him to be part of the team (see Luke 6:12-16). Not only that, but Jesus also gave him the special responsibility of being the treasurer among the twelve disciples.

I’ve also come to believe that Jesus purposely positioned Judas at His left side at the Last Supper, a very prominent place of honor. We know that John was to Jesus’ right at the U-shaped table they were all reclining at, but we’re also told Jesus dipped the bread and gave it to Judas (see John 13:23-26). That must have meant that before the evening started, our Lord went to Judas and said, “I want you to sit next to Me tonight,” perhaps reaching out for his heart one final time.

But Judas was against Jesus. He didn’t serve Christ; he sabotaged Christ. And his betrayal was predicted by the Scriptures. As Jesus said in John 13, “I know whom I have chosen; but that the Scripture may be fulfilled, ‘He who eats bread with Me has lifted up his heel against Me.’ Now I tell you before it comes, that when it does come to pass, you may believe that I am He” (vv. 18-19).

Jesus knew from the beginning that Judas would betray Him (see John 6:70-71; 13:10-11). So why did He pick him? The first reason was to fulfill prophecy, like He said here in John 13 (see also John 17:12). But there was a second reason: to love anyone is to take a risk and make yourself vulnerable. To give your love away means the possibility, almost the guarantee, that somewhere along the line you’re going to be hurt. Jesus knew all along who this man was and what he would do, but He chose him anyway.

I’ve been in ministry long enough to know that some people still do exactly what Judas did 2,000 years ago. They come to church. They play the game. They fit right in. But outside the church, they lie, curse, scheme, gossip, complain, and cheat on their spouses, all the while denying their Lord. That’s the spirit of Judas. But I’m thankful they are the exception, not the rule.

What do you do when you look up at night and see a shooting star? You usually say, “Hey, check it out.” Why? Because they’re rare; stars don’t normally fall. For every falling star, there are billions of others who hang in there and shine brightly.

I am thankful for the solid believers who don’t fall—who love their family, love their church, and live in integrity. If that’s you, keep hanging in there. Keep being that example. And I pray that if you’re wandering from the Lord, living a double life like Judas, that you would turn back to the one who is reaching out for your heart and take the lifeline He’s offering you.