Tamiflu Shown To Cause Abnormal Behavior and Hallucinations

(NaturalHealth365) Come flu season, antiviral drugs like oseltamivir (marketed under the trade name “Tamiflu”) become very popular to treat the symptoms of influenza A and influenza B. It has also been recommended to take Tamiflu to prevent the flu after being exposed to it.

Tamiflu is highly recommended to be taken within the first 48 hours of being presented with flu symptoms by the Infectious Disease Society of America, the United States Centers for Disease Control and Prevention (CDC), and the United Kingdom’s National Institute for Health and Care Excellence. Even the World Health Organization (WHO) classifies Tamiflu as an “essential” medicine that has been “selected with due regard to public health relevance, evidence on efficacy and safety, and comparative cost-effectiveness.”

However, studies are proving that Tamiflu may not be as effective or safe as presented by these large government bodies. In fact, evidence is showing just the opposite – because, let’s face it, negative side effects are reasonable to expect with any medication. 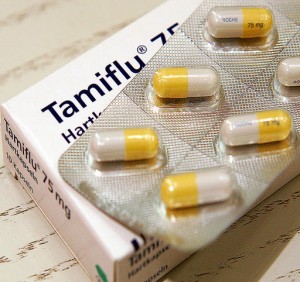 However, Tamiflu presents itself with millions of reported side effects which include long-term neuropsychiatric adverse reactions – especially in boys aged 10 to 19 years old.

Nearly 250,000 neuropsychiatric cases from Tamiflu have been reported

A very large study recently published in the Biological and Pharmaceutical Bulletin examined the side effects of oseltamivir and its neuropsychiatric adverse effects (NPAEs). Information was taken from the United States Food and Drug Administration Adverse Event Report System (FAERS).

After weeding out duplication or reports that didn’t include age or gender, nearly a quarter million NPAE cases were determined with the use of oseltamivir.  NPAEs included:

When abnormal behavior and NPAEs were broken down by age and gender, reporting became more significant. In fact, boys aged 10-19 took a big hit:

Another recent report published in BMC Neurology states that “neuropsychiatric side effects of oseltamivir occur occasionally, especially in infants and young patients, but nothing is known about the contributory factors.”

The report also presented a case of a 15 year old who presented symptoms after taking oseltamivir which included delirium-like symptoms including insomnia, visual hallucinations, and a long-term memory deficit. They concluded that delayed elimination of Tamiflu’s active metabolite Ro 64-0802 “might have contributed to, at least in part, to the development of neuropsychiatric symptoms in the patient.”

The Journal of Toxicological Sciences published a study in 2012 after examining developmental changes in the brain distribution of oseltamivir and its active metabolite Ro 64-0802. While the study was done of lab rats, its outcome is shocking.

It seems the metabolite does play a role in age and the blood brain barrier. Analysis revealed that both compounds were distributed homogenously in brain cross sections – including the hippocampus which is thought to be the center of emotion, memory, and the autonomic nervous system. The study is significant because if the same effects occur in humans, it will provide a rational basis for NPAEs in young patients.

A 2014 Cochrane Review reported that oseltamivir has not been proven to reduce complications of influenza such as pneumonia. In fact, they declared the drug’s use to increase the risk of adverse effects – the same effects that come from the flu such as nausea and vomiting. However, Tamiflu also presents risks for neuropsychiatric symptoms (some long-term).

Obviously a balance between benefits and dangers must be considered when making decisions to use any drug. However, Tamiflu’s record shows the drug to just have too many side effects. It would be better to consider a natural and safe remedy. During the flu season, you may want to build your immunity by taking vitamin C (on a daily basis), herbal and/or homeopathic remedies.