(CP) After Target announced recently that its stores will allow men to use women’s bathrooms and dressing rooms, over 200,000 people have already signed onto the American Family Association’s boycott of the popular retailer in just a few days.

In a statement posted earlier this week, the AFA argued that Target’s new bathroom policy threatens the safety of women and children. “Target’s policy is exactly how sexual predators get access to their victims. And with Target publicly boasting that men can enter women’s bathrooms, where do you think predators are going to go?” stated AFA. 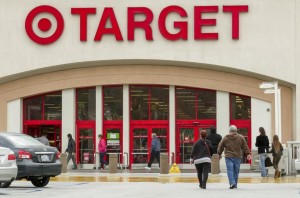 “Clearly, Target’s dangerous new policy poses a danger to wives and daughters. We think many customers will agree. And we think the average Target customer is willing to pledge to boycott Target stores until it makes protecting women and children a priority.”

As a compromise, the AFA also stated that Target could provide a unisex bathroom for transgender customers. “Target should keep separate facilities for men and women, but for the trans community and for those who simply like using the bathroom alone, a single occupancy unisex option should be provided,” continued AFA.

Earlier that same week the corporate leadership of Target announced they would allow customers and employees to use the bathrooms of their choice.

The move came in response to the recent national headlines regarding debates over laws such as North Carolina’s bathroom bill that requires people to use the bathrooms, locker rooms and shower facilities that match their sex, not their gender identity. The law, however, gives private businesses the power to make their own policies on whether to allow men who identify as female to go into women’s facilities.

“Most relevant for the conversations currently underway, we welcome transgender team members and guests to use the restroom or fitting room facility that corresponds with their gender identity,” stated Target on Tuesday.

“Given the specific questions these legislative proposals raised about how we manage our fitting rooms and restrooms, we felt it was important to state our position. Everyone deserves to feel like they belong. And you’ll always be accepted, respected and welcomed at Target.”

The comments section for the Target announcement had over 300 posts, most of them expressing opposition to the announcement and vowing to stop shopping at the chain. As of Friday morning, the top comments listed on the announcement were all opposed to the decision, with each post getting between 500 and 1,500 likes.

“Well … I won’t be shopping at Target anymore – was one of my favorite stores. So make sure you ‘include’ everyone because you just excluded me,” said one person, whose post got more than 900 likes.

“There is nothing that I buy at Target that I can’t buy elsewhere. So long. Farewell,” said another, getting over 1,300 likes.