Teen Mania Loses Half Its Independent Board Members

(WNS)–Teen Mania Ministries has lost half its independent board members as it faces multiple lawsuits and a still-outstanding arrest warrant for founder Ron Luce.

On Oct. 1, WORLD magazine reported on a pending lawsuit between Teen Mania and Compassion International, which is seeking a $174,124.73 judgment. Since then, Teen Mania has removed the names of three of its six independent board members from its website: George Babbes, a professor at Azusa Pacific University; Chris Hill, senior pastor of The Potter’s House in Denver; and Steve Riggle, pastor of Grace Community Church in Houston.

Babbes had served on Teen Mania’s board since 1992, with Hill and Riggle joining in 2013. According to the ministry’s bylaws, board terms are normally three years, and “no trustee shall serve more than 2 continuous terms other than the Founder, Ron Luce.”

In an email, Babbes told me he left the board in the spring for personal reasons. Teen Mania did not respond to an inquiry about the exact dates or reasons Hill and Riggle departed.

Following a strategic and operational audit, an Atlanta-based consulting firm in 2012 advised Teen Mania to retain seven to 15 independent board members. The latest departures leave the ministry with only three: Marcos Witt, a musician and former pastor at Lakewood Church in Houston; Jim Williams, president of LandPlan Development Corp.; and A.C. Musgrave, president of Petra Chemical Companies and Petra Industries Inc. 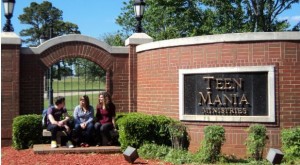 The board changes come amid multiple lawsuits against the ministry. Luce’s failure to appear at a Colorado state district court proceeding last month resulted in the arrest warrant, which the court told me this week is still outstanding. Luce declined WORLD’s request for comment on the litigation, but in a Facebook posting he said his counsel advised him not to show up at the hearing.

In May, Futureshirts, a Nashville, Tenn., company that produces merchandise for touring artists, filed suit against Teen Mania, its subsidiaries, and an employee. Last month, a Tennessee court ruled that Acquire the Fire, Teen Mania’s flagship event, should pay Futureshirts $70,161.53, according to a court official. The court considered motions on Friday for separate judgments against Teen Mania Ministries and one of its employees, Tim Michiemo, who also did not respond to a request for comment. A final ruling is expected next week.

Despite the legal problems, Luce continues to forge ahead: He issued an October funding plea on Teen Mania’s website, and Wednesday night he appeared on the Trinity Broadcasting Network. It’s unclear whether the network was aware of his arrest warrant.

Individuals and churches continue to report paying for events that end up being canceled and not receiving refunds. Some say they were offered a small percentage of the amount owed but returned it because they didn’t receive assurance that the rest would come later.

Roth said she gave up trying to recoup the money she paid for a canceled Pittsburgh event earlier this year, because “$578 is not worth a lawyer fee.” She said Teen Mania deleted her comments on its Facebook page and blocked her from commenting further.

“It should come as no surprise that an insolvent organization cannot pay its creditors, that lawsuits may arise, and that a different sort of board might take shape to manage this phase of the life cycle,” Babbes, the long-time board member, wrote in an email. “It’s unfortunate, especially for such a faithful ministry, but it’s the textbook reality of insolvency.”

Over the last three decades, more than 3 million teens have attended Teen Mania’s weekend Acquire the Fire events, which helped the organization bring in tens of millions of dollars annually. Today, Charity Navigator ranks Teen Mania as the nation’s fifth-most insolvent charity, with a net worth of negative–$5.2 million.

Last year, after Teen Mania’s 472-acre property went into foreclosure, the Evangelical Council for Financial Accountability revoked its membership. ECFA president Dan Busby declined to comment on Teen Mania’s current situation but noted ministries in decline often miss the window of opportunity to merge with another ministry: “As a result, the ministry ends up in a free fall.”