(WNS)–Before voters approved a constitutional amendment in November, Tennessee had become the “abortion capital of the Bible Belt,” according to some abortion opponents. Yesterday, Gov. Bill Haslam signed a bill into law continuing a recent trend reversing that dubious distinction. Women seeking abortions in the Volunteer State must now wait two days before going through with the procedure. 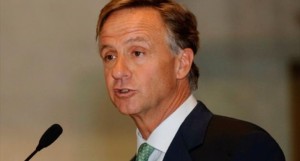 In September 2000, in a 4-1 ruling, the Tennessee Supreme Court struck down laws restricting abortions in that state, including one mandating a 48-hour waiting period.  Between 2000 and 2008, the abortion rate in Tennessee increased slightly while dropping in all but one of Tennessee’s eight border states, all of which had mandatory waiting periods for some portion of those years. During that same time period, the percentage of abortions performed in Tennessee on non-Tennesseans increased from 18.5 percent to 23.7 percent, inching up in recent years to almost 25 percent. Tennessee topped out at No. 3 on the list, behind Kansas and North Dakota, in the percentage of abortions performed on out-of-state residents, making it the go-to state for abortions in the southeast.

But in November 2014, Tennessee voters passed Amendment 1, modifying the state’s constitution to read, in part, “nothing in this Constitution secures or protects a right to abortion.” That change empowered pro-life lawmakers to renew efforts to restrict abortion.

In addition to requiring two visits to the abortion center two days apart, the new law, set to take effect July 1, requires an abortionist to inform the woman on her first visit of the probable age of her preborn child. If the baby is at least 22 weeks old (24 weeks LMP), the abortionist must notify the mother her baby is viable.

Bill sponsor Mae Beavers told the Knoxville News Sentinel the bill will ensure a woman has “all the facts” and “time to contact agencies that might help her to make a decision other than abortion.”