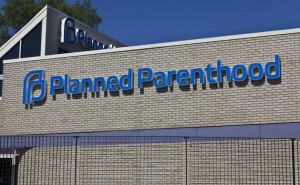 Misconduct and violations of acceptable medical standards were among the causes cited in the final legal notice delivered to Planned Parenthood Gulf Coast (PPGC) this week informing the abortion giant of the state’s intent to cease its Medicaid funding.

Stuart Bowen, inspector general for the Texas Health and Human Services Commission (HHSC), said in the letter that the undercover videos from the Center of Medical Progress (CMP) showed “that Planned Parenthood violated state and federal law.”

Bowen wrote that the videos revealed Planned Parenthood’s history of “deviating from accepted standards” to procure tissue samples for researchers and a “willingness to charge more than the costs incurred for procuring fetal tissue,” along with other violations.

“Your misconduct is directly related to whether you are qualified to provide medical services in a professionally competent, safe, legal and ethical manner,” Bowen stated. “Your actions violate generally accepted medical standards, as reflected in state and federal law, and are Medicaid program violations that justify termination.”

State health officials sent the notice Tuesday, the Texas Tribune reported, noting that effective in 30 days the abortion chain will no longer collect the $3.1 million in Medicaid funding it was receiving.

That January 19, 2017, date could be delayed should Planned Parenthood appeal the decision within 15 days and ask for an administrative hearing. Officials for the abortion business have said, however, that they plan go to court instead.

The Texas Health and Human Services Commission first sent Planned Parenthood notice of intent to remove its Medicaid funding in October 2015, a few months after the release of a series of undercover videos showing leaders of the abortion behemoth bartering in the sale of body parts from children aborted at its facilities.

One of the videos from CMP showed a Texas Planned Parenthood employee stating abortionists are willing to alter the abortion process to harvest the body parts that researchers are after or deliver a child’s body essentially intact.

The state’s first defunding notice said it had information “suggesting that fraud” had occurred and also cited health and safety concerns. Illegal billing practices were not mentioned in the final notice.

A former manager for the abortion chain’s Texas affiliate had filed a 2014 whistleblower lawsuit against Planned Parenthood Gulf Coast (PPGC) for its bilking Texas taxpayers over the course of a decade by performing unnecessary procedures on incarcerated teenagers, many of whom were minors. And PPGC had settled another multimillion dollar fraud case with the state in 2013.

The abortion provider will now revive a suit it filed last year in federal court in Austin and seek a preliminary injunction to block the defunding, according to the executive director of Planned Parenthood Texas Votes, PPGC’s political arm.

The move by Texas to defund Planned Parenthood comes after President Obama’s Health and Human Services Department (HHS) last week issued a final rule aiming to permanently protect the abortion giant from defunding by the states.

Congress referred Planned Parenthood for prosecution earlier this month, including a referral to the Texas Attorney General for PPGC’s violation of the law when it sold the remains of aborted children for profit to the University of Texas.