The 46th Annual March for Life 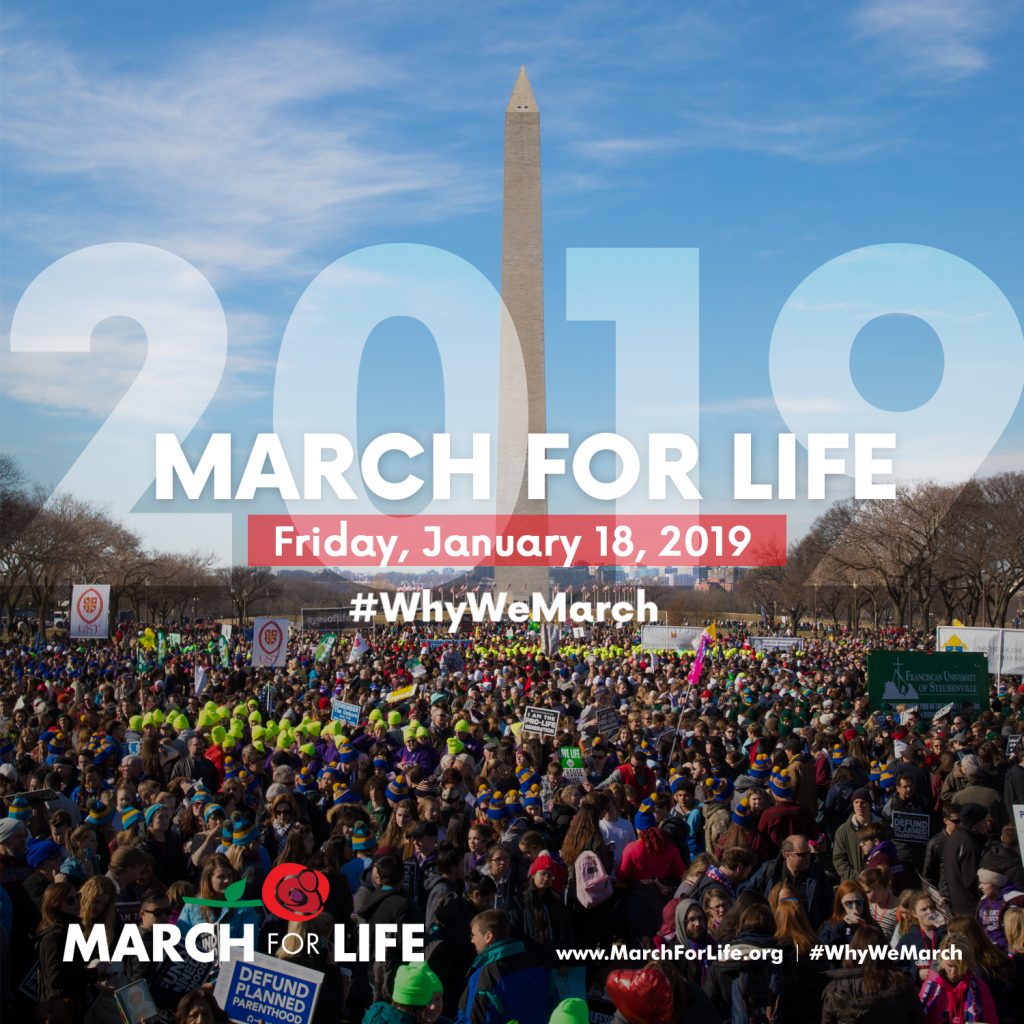 Abortion is the greatest injustice of our time and people young and old march each year to end abortion. This year’s walk starts at 12 noon at the National Mall, with preschedule guests, pro-life speakers Ben Shapiro, and Abby Johnson.

A rally and Christian concert is scheduled before the walk where the amazing and inspired band Sidewalk Prophets will perform. At 1:00 pm The March will go up Constitution Ave. to the Supreme Court and capital building where in 1973 abortion was legalized after the landmark decision was issued in the Roe v Wade and Doe v Bolton cases.

The first March for Life in Washington, D.C., began as a small demonstration and through the years has rapidly grown to be the largest pro-life event in the world. On January 22, 1974 thousands of pro-lifers participated in the first March for Life, which was founded by 30 pro-life leaders including Roman Catholic convert Nellie Gray, to stand up for the unborn. An inspiring rally was held as Members of Congress announced pro-life legislation and expressed their support for the pro-life cause. The program concluded with a “Circle of Life” march around the Capitol, followed by participants lobbying their Members of Congress.

Soon after that first March in 1974, it became apparent that congressional protection for the unborn was not on the horizon. Instead of sitting on the sidelines, Nellie decided that the March for Life, rather than the originally anticipated one-time event, would instead be held every year until Roe v. Wade was overturned. 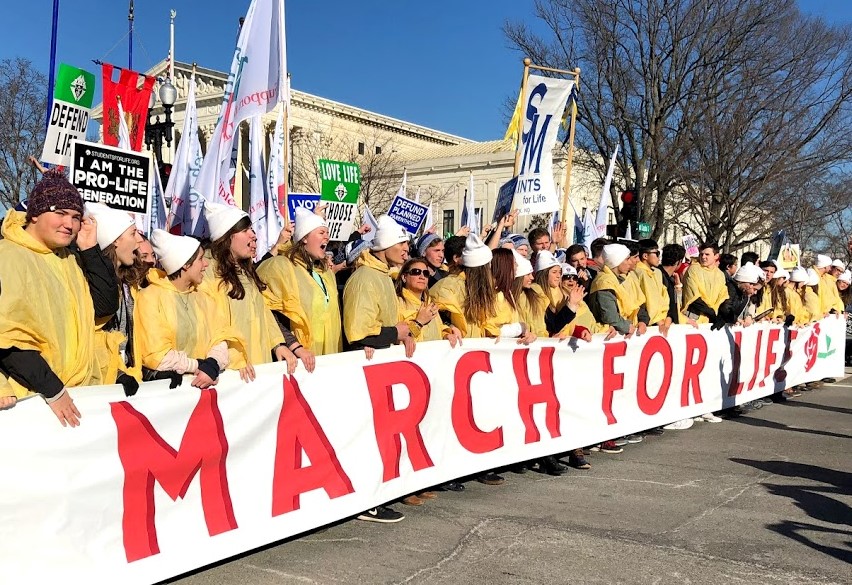 It seems our creator had other plans and touched the heart of His children greatly to continue with this pertinent event to end Abortion.  That year, the March for Life became incorporated as an action-oriented non-profit organization, and the “Life Principles” were developed as the underlying guideline of the organization. Recent marches have estimated as many as 650,000 people marched in DC, including all ages and walks of life.

Several students from Catholic colleges have told the Cardinal Newman Society how their faithful education inspires them to value the dignity of ALL life. These students and faculty members make great sacrifices from long bus rides to braving cold temperatures in order to march in this most important annual event.

Thumbs up to those faithful educators, offering faith-based education which inspires our younger generation from all over the nation to participate in the March for Life annually.

This year Ave Maria University in Florida, Benedictine college in Kansas, along with Abbey college in North Carolina will send approximately 300 students and monks/traveling around 1,000 miles to participate in the 2019 March For Life.

As usual the Lord often tends to bring things full circle in our lives. The March for Life affected my family in a very personal way when my son Andrew attended Master’s Christian Academy in Smithfield Rhode Island and told me that they planned the trip to D.C for any student that wanted to attend the March for Life. Andrew went.

I cannot begin to tell you the impact it had on my son’s life. He was greatly touched by the testimonials he heard about desperate girls who had been raised in Christian and non-Christian families, some who were taught not to abort their babies, but still did not know where to turn when they got pregnant unexpectedly.

God comes forth in the lives of people to be His hands and feet and to reach out in love when times seem most desperate. Such is the case with abortion. Since Roe v Wade some 60 million children have been murdered. My son had the opportunity to witness what happens when God sends people with loving hearts to be his hands and feet. As a result of many ministers many girls were saved from a haunting and dreadful mistake and were among the fortunate who made the decision not to abort. Can a mother ask for a better life-shaping experience for her child?

As with most of the Marches, the 2019 March for Life will feature something new. Stanton Healthcare will launch #ThankUMrPresident which is a campaign bringing thank you letters and cards to President Trump from children all across America thanking him for his courageous stand for life and work to end abortion.

Stanton Healthcare is a life affirming women’s medical clinic based in Boise, Idaho with affiliates across the country and internationally that reach out to women with unexpected pregnancies offering compassionate and quality medical care and support.

Brandi Swindell, founder and CEO of Stanton Healthcare shares. “At times, the abortion issue in America has been viewed through the lens of contentious partisan political arguments, heated and noisy debates and shouting matches in the media.

“Missing from all of this emotional activity are the voices of the most important element of the abortion conversation. That is, the scores of children who have been saved from abortion through 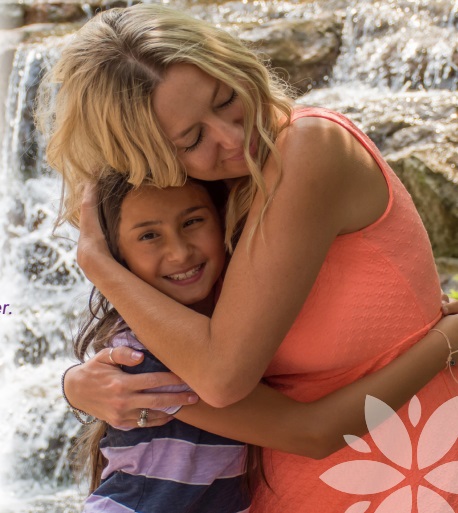 the loving and compassionate care of life-affirming women’s medical clinics and pregnancy resource centers and their mothers.

“These children, who are living rich and full lives, deserve a platform for their stories to be seen and heard. They need to make it clear that abortion is not just a political issue, but it is a human rights issue that impacts real lives, women and families. #ThankUMrPresident will give them an opportunity to do just that.

“During the 2019 March for Life and Roe v. Wade Memorial in Washington, D.C., Stanton Healthcare is bringing young children to our nation’s capital whose lives have been saved from abortion. They will not be coming alone, however. They will be bringing thank you letters and cards to President Trump from children all across America thanking our President for his courageous stand for life and working to end abortion. Suddenly, abortion is no longer a political issue but an issue involving real children and their futures.

“We believe these precious children will remind our nation what is really at stake through abortion and offer a positive way forward toward ending abortion and offering hope and healing to women who find themselves in unexpected pregnancies.”

Imagine the effect of these special children making cards from their hearts to President Trump and V Present Pence and thanking them greatly for doing all they can for the pro-life movement?

It’s going to be a very moving time in Washington D.C. on January 18, 2019. We hope you and your family can make this event to HONOR life, to honor our Savior who has intended life as a gift of joy and prosperity for our society. God Bless you, have a Happy New Year and please know that you are loved abundantly, more than anyone of us can imagine.

You can learn more about the 2019 march for Life at marchforlife.org.