The CONTROLLERS: Secret Rulers of the World

Throughout history, there have always been powerful people who work secretly behind the scenes to advance their own objectives, often to the detriment of the public as a whole. President Woodrow Wilson said in 1913, “Since I entered politics, I have chiefly had men’s views confided to me privately. Some of the biggest men in the United States, in the fields of commerce and manufacturing, are afraid of somebody, are afraid of something. They know that there is a power somewhere so organized, so subtle, so watchful, so interlocked, so complete, so pervasive, that they had better not speak above their breath when they speak in condemnation of it.” 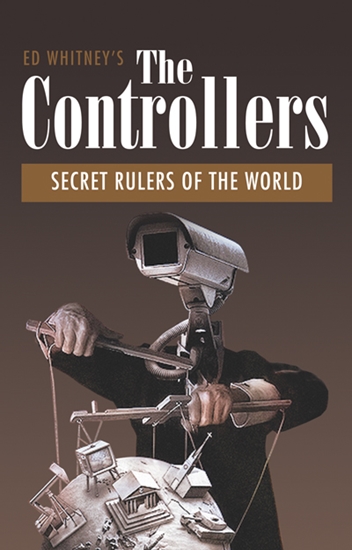 Twenty years later, FDR said in a private letter, “A financial element in the large centers has owned the government of the United States since the days of Andrew Jackson.”

Andrew Jackson himself said, “I weep for the liberty of my country when I see at this early day of its successful experiment that corruption has been imputed to many members of the House of Representatives, and the rights of the people have been bartered for promises of office.”

In the mid-1900s, President Dwight Eisenhower added this, “In the councils of government, we must guard against the acquisition of unwarranted influence, whether sought or unsought, by the military-industrial complex. The potential for the disastrous rise of misplaced power exists and will persist.”

And shortly before his assassination, President John F. Kennedy added this: “The very word ‘secrecy’ is repugnant in a free and open society; and we are as a people inherently and historically opposed to secret societies, to secret oaths and to secret proceedings.”

The situation is no different today. A few thousand wealthy and influential people and societies who operate mostly behind the scenes, and keep their objectives secret from the public, largely control the world. This book identifies them, exposes some of their past activities, and sets forth ways of dealing with them.

The Controllers is available at Amazon.com, Amercianfreepress.com and many bookstores.